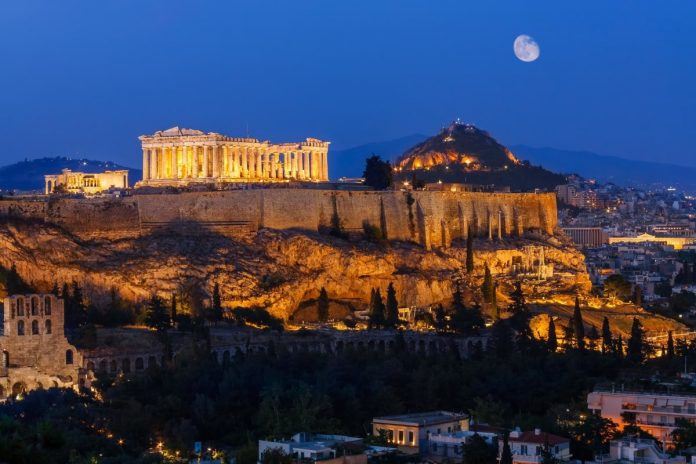 Cities are developed where people start residing and people usually used to reside in places where their basic amenities are met with. There are many cities in the present day world which have existed since time immemorial. Ever tried to think about these cities? I guess no. So let us have a look at the 10 most continuously inhabited cities of the world. I think you would love to visit these cities at some point of time.

Sidon is the third-largest city in Lebanon which is located in the South Governorate of Lebanon on the Mediterranean coast. Sidon has been inhabited since very early in prehistory. There is evidence that Sidon was inhabited as long ago as 4000 B.C and as early as Neolithic times (6000-4000 B.C.). Like other Phoenician city states, Sidon also suffered from a succession of conquerors.

Athens is the capital and largest city of Greece which dominates the Attica region and is one of the world’s oldest cities with its recorded history spanning around 3400 years. The first human presence was found around 11th-7th millennium BC. Athens in past was a powerful city-state that emerged in coalition with the sea going development of the port of Piraeus.

Jericho is a city located near the Jordan River in the West Bank. Archaeologists have found out remains of more than 20 successive settlements in Jericho, first of which is recorded way back 11000 years ago around 9000 BCE.  Jericho is claimed to be the oldest continuously occupied city in the world and it is also the oldest known walled city in the world.

Fayum is a city in Middle Egypt which is located 100 kilometers southwest of Cairo, in the Oasis of Fayum. It is the capital of the modern Fayum Governorate. It was founded in around 4000 BC and it is the oldest city in Egypt. In the Pharaonic era, the city was called Shedet and it was the most significant center of the cult of Sobek, the crocodile-God.

Aleppo is the largest city in Syria and serves as the capital of the Aleppo Governorate which is the most populous Syrian governorate. Allepo was the Syrian region’s largest city and it was the third largest city in Ottoman Empire after Constantinople and Cairo. It has been inhabited as early as 6th millennium BC and such a long history is probably due to its being a strategic trading point between Mediterranean Sea and Mesopotamia.

Plovdiv is the second largest city in Bulgaria and the administrative centre of Plovdiv Province. It is an important economic, transport, cultural and educational centre in Bulgaria. Plovdiv has been continuously inhabited since the 6th millennium BC and in the end of 4th millennium BC there was already an established Neolithic settlement in Plovdiv.

Byblos is a Mediterranean city in the Mount Lebanon Governorate, Lebanon. It is believed to have been first occupied between 8800 and 7000 BC. It was built by Cronus as the first city in Phoenicia. It is a UNESCO World Heritage Site and the site has been continuously inhabited since 5000 BC. It is attractive to archaeologists because of the successive layers of debris resulting from centuries of human habitation.

Gaziantep previously called as Antep is a city in the western part of Turkey’s South-eastern Anatolia Region and it is the sixth most populous city in Turkey. There are traces of settlement dating back to the 4th millennium BC. Gaziantep is the probable site of the Hellenistic city of Antiochia ad Taurum. The area was continuously inhabited starting from the Paleolithic age and witnessed the domination of such powers as the Assyrians, Persians, Romans, and the Byzantines etc.

Varanasi is a city in the northern part of India on the banks of river Ganges in Uttar Pradesh. Varanasi is one of the oldest continuously inhabited cities and it is the spiritual capital of India. According to Hindu mythology Varanasi was founded by Lord Shiva. Evidences suggest that the earliest known settlements around Varanasi began in the 11th or 12th century BC making it one of the oldest cities in the world.

Damascus is the capital and the second largest city of Syria after Aleppo. It is a major cultural and religious centre of the Levante. The first settlements in Damascus were seen in the second millennium BC and it was chosen as the capital of Umayyad Caliphate from 661 to 750 BC.