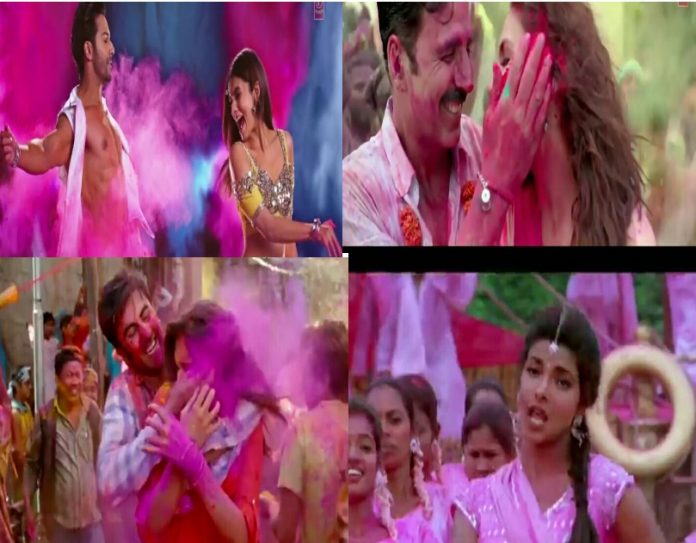 When it comes to Holi, Bollywood has always remained high. As times have changed, our Hindi film industry has also given us changed things. One of them is changed in Holi songs. From traditional take, Bollywood has bestowed modern Holi tracks, some of them are given below!

Do me a favour lets play Holi from Waqt 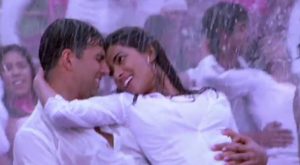 Priyanka Chopra and Akshay Kumar danced with all energy in this song and their sizzling hot chemistry won our hearts forever! Not all songs of this movie were hit, but this song has become a hit and mandatory to play in every Holi season.

How do you not remember Holi song when King Khan dances to it! This song with three handsome young heroes,Uday Chopra,Jugal Hansraj and Jimmy Shergill and offcourse our “Badshah” is all time favourite of Yash Chopra lovers.Dancing on the streets and teaching love tricks to the boys, Shahrukh Khan made this Holi song one of its kind in colourful song’s history!

Seems like Akshay Kumar is in his full form in this song. Running,dancing and splashing colours with Huma Qureshi, this song is quite a rage currently. In addition to it, wearing bucket at head by Akshay  Kumar is also an amusing action noticed in this song which has made this style common to college going guys today. 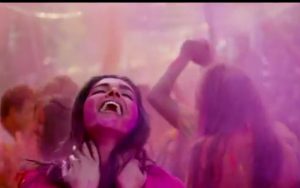 This song caught attention since the time it got released. Featuring Deepika Padukone anf Ranbir Kappor, who evidently enjoyins themselves in the song, this catchy track has become one of the most loved song of every occasion.

Looks like makers made this song keeping in mind the coming festival. Naughty Varun Dhawan amd mesmerising Alia Bhatt have left viewrs speechless by their fantastic moves and on-screen chemistry in this song.To add more to it, their dazzling costumes and grooving beats provokes everyone to come on dance floor. Whatsay!