“Even if I can’t see you… No matter how far you maybe… I will always be watching you.”

No matter what your age is, there can’t be anyone who doesn’t like (actually love)anime. To talk about, it’s the series of Japanese animation in which characters are hand drawn and to be quite honest, many anime lovers are spread all across the world. Well here’s my list of best anime series (the order is no specific).

Based on the manga of the same name by Elichiro Oda, ONE PIECE follows the adventures of Monkey D. Luffy, a young man whose body gained the properties of rubber after unintentionally eating a Devil Fruit. With his crew of pirates, Luffy explores the Grand Line in search of the world’s ultimate treasure known as “One Piece” in order to become the next King of the Pirates. The ongoing series has 799 episodes till date. 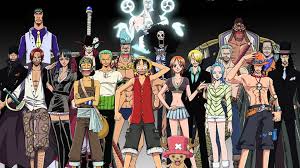 For crying out loud, there can’t be any 90’s kid who hasn’t ever sung or danced on the title track ‘Rock the Dragon’ of this epic anime series by Akira Toriyama! It’s the sequel to the beginning series ‘Dragon Ball’ and takes up from 5 years after Dragon Ball end. The protagonist Son Goku, a young adult and, father to his Gohan, discovers that they are the part of a nearly extinct race called ‘Saiyans’ from his claiming brother Raditz and was initially sent to Earth to conquer it but to severe head injuries Goku forgets everything about it. It follows the adventure of Goku on Earth. The series has a total of 291 episodes with further sequels to it. 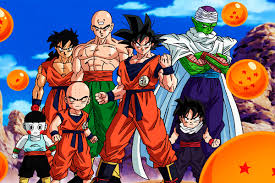 Based on the manga of the same name by Masashi Kishimoto, NARUTO is the story of a slight knuckle headed ninja kid named Naruto Uzumaki who is kind of different from other kids; he has the spirit of the demon nine tailed fox sealed inside of him by the 4thHokage (village supreme) in the village hidden in leaves. Since the spirit is trapped inside him, the village people take Naruto to be a demon himself and keep distance from him. Since Naruto always felt the loneliness surrounding him; his only dream turns out to be the greatest Hokage ever! So that he would be respected by all. This series mark the journey of Naruto to be Hokage someday following his own nindō (his ninja way) with his friends Sasuke Uchiha and Sakura. The series include 220 episodes.

Based on the manga of same the name by Tsugumi Ohba, DEATH NOTE follows the journey of Light Yagami, a high school student who finds a supernatural notebook from a Shinigami that grants its user the ability to kill anyone whose name and face he knows. The story centers around Light’s attempt to create and a rule a world cleansed of all evil as Gog using the notebook and a detective called L to stop him. The series has 2 seasons with a total of 37 episodes.

It’s the second installment to the series Naruto and revolves around the young adult Naruto Uzumaki wholeaves his village for training to become hokage and save his friends and village. Though the determination and confidence in him increased, little he has changed with respect to personality. The series revolves around his journey and the involvement of Akatsuki as antagonist. The series has around 500 episodes in total.

Named after the manga of the same name by Tite Kubo, BLEACH revolves around a high school student Ichigo Kurosaki who has the ability to see spirits because of extra high spiritual energy. His life takes turn when a Shinigami (Death God) named Rukia Kuchiki enters in his life and while fighting evil spirits called hollows asks him to be a soul reaper to save his family and friends. That day begins his journey to be a substitute Soul Reaper and save his family, friends, the Soul Society and his hometown Karakura Town.The series has a total of 366 episodes.

Bearing the same name as of the manga by Hiro Mashima, FAIRY TAIL is the story of mage (wizard) named Natsu accompanied by his friends Lucy, Happy, Gray, Erza and the whole Fairy Tail guild. Natsu has a special ability of being a Fire Dragon Slayer mage is raised by the Fire Dragon King Igneel. After some timeIgneel suddenly disappears. This is the story of Natsu along with the Celestial mage Lucy to find his foster father and embark a journey towards love, friendship and above all to trust each other no matter what. The series has a total of 277 episodes.

It is the second anime series adapted from the manga of the same name by Hiromu Arakawa. FULLMETAL ALCHEMIST: BROTHERHOOD revolves around brothers Edward and Alphonse Elric who are raised by their mother Trisha Elric in the remote village of Resembool in the country of Amestris. After they were abandoned by their great alchemist father and their mother dead, they were taken care by their best friend and grandma. They embark on a journey to learn all they can in alchemy and use it somehow to retrieve their mother. The series has a total of 64 episodes.

Based on the manga of the same name, SWORD ART ONLINE (SAO) is the first installment of the series followed by SAO II. The story is based on science fiction when a virtual reality massive multiplayer game knows as SAO played with the help of a Nerve gear is released in 2022. For the first time, the user takes part in it, only to know the fact that they can’t log out of the game and that if they forcibly try to remove the Nerve gear or suffer in-game death, they face death in real life. This is the story of Kazuto “Kirito” Kirigaya, a test subject for the previous version of the game and his friends to find a way to free themselves and others from the wrath of the game. The series has a total of 25 episodes.

Based on the manga of the same name by the manga artist group Clamp. The story is set in an alternate timeline where the world has split in 3 super powers. The story revolves aroundLelouch vi Britannia, an exiled Britainnian prince who was sent to Japan as a bargaining tool along with his sister by their father. This is his story to survive the conditions given to him during the times of war and when his sister has lost her sight as well as ability to walk. The series has almost 50 episodes.

I highly recommend these series have fun watching this!