Do you like sea food? Do you like fish? Have you ever seen a shark or a Blue whale, they are quite scary right. Let’s look some ferocious fishes which are rarely seen in present world.

Hag fish is the oldest fish, it’s even older than dinosaurs. It’s more than 300 million years old. These are also called slime eels, familia eels .It’s a fact that these are not even called Fish. It’s altogether a different kind of fish, these don’t have a backbone and these have two brains. These feed on large fish such as shark and whales and fall into seabed. 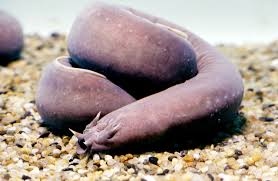 Lancet fish is also called as Knife Fish. By appearance it has a sharp body on its back. It sometimes reminds of one kind of dinosaur. Even the scientific name of lancet fish sounded dinosaurian, Alepisaurus ferox. These grow about two meters and found in all oceans except in Polar Regions. These are very greedy and eat small fish and squid and even sometimes eat fish of its own kind. 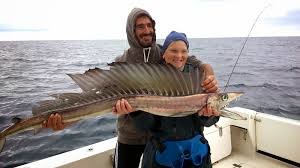 This fish also belongs to the dinosaur period. Osteoglossids is an ancient group, they provide evidence of this fish existence in the Jurassic period. These are mostly found in Amazon and some parts of Africa, Australia and Asia. These kinds of fishes not only feed on fellow fishes but makes birds and bats as their preys. As it looks like a dragon, in china Arowana fish is called “Dragon Fish”. They believe is as a bearer of luck and Good Fortune.

As the name suggests it’s one kind of shark. It’s a deep sea predator and one of the most primitive shark alive today. These can grow to two meters and females are longer than males. As these live in deep sea they usually feed on squids. No human has seen this fish alive, most of the times these live in deep sea, only when they die or dying specimens are seen. 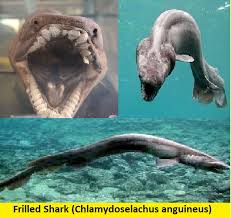 These kind of fish has a saw shaped mouth. These animals are the victims of the Cretaceous period, and can be found either at sea or in rivers and creeks, and has been found up to 100 km inland. These use their saw shaped mouth against their enemies. They use their saw as weapons and sensory organs, covered on the electro-sensitive pores that allow to feel the prey despite a very difficult sight. 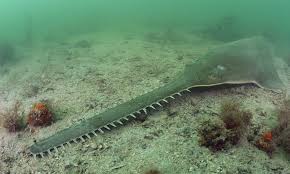