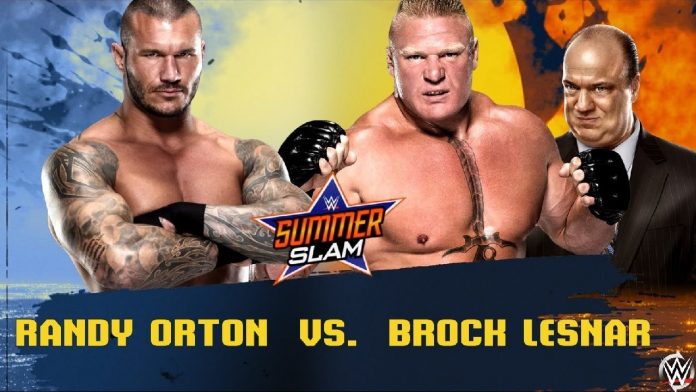 One is the Apex Predator, the other is The Beast. One is the Third Generation Superstar, the other is WWE Champion, UFC Champion and NCAA world heavyweight champion. And this summer, the heat will rise when ” The Viper” Randy Orton takes on “The Beast” Brock Lesnar in Summerslam.

The match is surely gonna be a ” way-too-heated-dual”. Even online polls are carried out on who will have the final word when these two superstars collide in Summerslam. Randy Orton has just returned to WWE after he injured his shoulder in November last year. This will be his first match since his return. Brock Lesnar, on the other hand, has recently defeated Mark Hunt in UFC 210 and is riding high on his success.

The last time these two superstars faced each other in the ring was in 2002 when both were still rookies and had made an impact on WWE. Lesnar defeated Orton when he was still the WWE champion. Almost 15 years later, now, Randy Orton is 12 time WWE champion while Lesnar, has 3 different championship tags on his name and is a well know name in Sports and Entertainment. 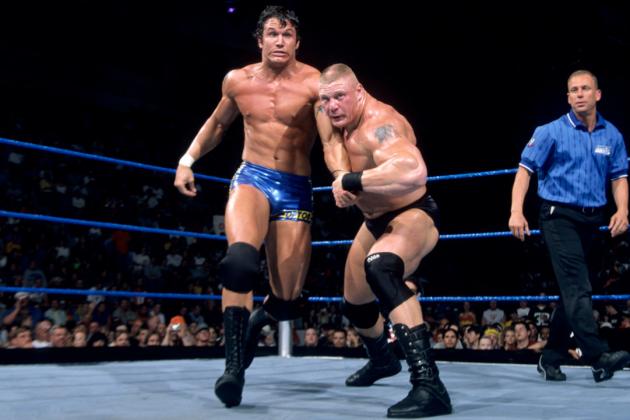 Lesnar has a reputation when it comes to big events like Wrestlemania where he ended Undertaker’s winning streak. Also, he beat Roman Reigns and Dean Ambrose last year in a triple threat match last year.
Orton, is seeing this match as a ” lucky draw” to set himself up as WWE’s ” Apex Predator” again.

Randy Orton was on RAW this Monday. It was unexpected for the viewers when he took the mic and marched in the ring. Orton made it clear that “he deeply respect The Beast for his strength and power”, but made it clear that Lesnar has ” survived ” as he hasn’t faced The Viper yet.

Brock, in an official interview with WWE.com said that The Viper has proved his metal by defeating some big guns of WWE, but, mentioned that his “street smart tricks” is of no match to The Beast’s brutality and force. The flame got more fire during the latest WWE pickup event where RAW CEO Stephanie Macmahon picked up Brock Lesnar and SmackDown CEO Shane MacMahon choose Randy Orton claiming Orton to be the ” better choice “.

But its not just records and strength that woes the fans. It is their attitude and mental strength which keeps the two iconic superstars miles away from each other. Brock is said to be aggressive, brutal,no-hold-bars fighter. Orton, on the other side, has dark,sinister, tactical brain and its his strategies and remorse aggression that make him lethally invaluable against his opponents. Coming out openly in RAW and mocking Lesnar was a well planned strategy to irritate Lesnar which provoked him to attack openly on Orton in Smackdown Live.

And not just the fans, but the officials too are curious for the event. It is rumoured that WWE don’t want to take any chances when these two surperstars face each other and will only allow Orton to go in the ring when he is 100% fit to fight. So, Brooklyn is all set and its just a matter of time now when we know whether its going to be THE RKO or the Supplex City.