Augmented Reality in the Automobile Industry

Augmented Reality (AR) has been taking over lives – quite literally. Think Pokémon Go and Back to The Future 2! Augmented reality blurs the lines between the real and virtual worlds by enhancing what we feel, see, hear and even smell. AR adds graphics, sounds and haptic (touch) feedback to the real world as it exists, thereby enhancing our experience and changing the way we see the world. In Back to The Future II, we saw Marty Mc Fly being scared out of his wits by an AR Jaws 17 trailer. Pokémon Go makes use of your smartphone’s camera to show you the Pokémon that are present in your vicinity.

AR has applications not merely in just movie fantasies or video games – it is constantly evolving and has applications in various fields like education, literature, navigation, architecture, automobiles and even military. Some of the familiar AR products include Google Glass and Sony Smart Eye Glass, which like many other hi-tech gadgets of the day, uses Internet of Things for their operation. In the above case, a privately held company called the Crowd Optic Inc., holds the patented solution for these wearable marvels. Crowd Optic is best known for their mobile technology that gathers and analyzes data from smartphone cameras, based on where they are pointed, to identify areas of high interest. Numerous technologies are being developed to bring AR into Virtual Retinal Displays and contact lenses.

AR in the automobile industry has immense potential and its use is growing day by day. AR is used almost in all stages, right from assembly to sales and even repair and service. With just a smartphone or a tab, the entire process from the building of the automobile to the sales is streamlined and efficient. AR can also help people service their own cars or bikes without any other help, thanks to evolving technology. Don’t know where the carburetor is? No problem! Just whip out your smartphone or tab and it will guide you through the repair procedure.

Various automotive industry giants use AR as part of their building process. Ford Motor Company uses virtual reality to design cars before it makes a physical prototype. In Ford’s Immersion Lab, designers can use an Oculus Rift to walk around the car and even sit inside of it to get an early idea of what the customer experience would be. Lexus even created a driving simulator in 2014. BMW service engineers wear head-mounted displays whilst working on cars and augmented reality projections instruct them how to proceed and what tools to use. German auto-maker Volkswagen recently launched an app for its luxury brand Audi that allows consumers to experience this AR-based test drive, without actually being close to the automobile. In the same vein, the bulky owner’s manual of the Audi A3 has been replaced with an enhanced, interactive AR app that familiarizes the user with the interior of the car, just by pointing the user’s mobile device camera at different parts.

As of October 2015, the auto industry held its first conference focusing specifically on the use of augmented reality in auto making, which covered how AR can be used across the board from production to sales.

Today, car manufacturers are looking to enhance safety and personalize and augment the driving experience by building AR technology into newer car models.

Further, to make the drive more engaging, in-car AR systems highlight popular landmarks, restaurants, and shops as one drives past them. The driver’s social media feeds are also displayed in a manner that is least distracting.

To enhance safety, car makers developing AR systems also lean towards integrating gesture and voice recognition—for example, an incoming caller’s face pops up on the windscreen allowing drivers to accept or reject calls with a swipe of their hand or a voice command, without reaching for their mobile phones.

Certain augmented reality concepts will, soon, even allow drivers to “see through” vehicles in front of them by allowing vehicles to wirelessly connect with each other. This AR system, once further developed, can be especially effective in situations when a smaller car needs to overtake a larger vehicle on narrow roads.

While all of these concepts and applications sound amazing, they are not without drawbacks. AR relies heavily upon the internet and is very closely connected to a concept called Internet of Things (IoT). This means that AR does not function very well in places with poor connectivity or in adverse weather conditions. It also means that there are very less chances of it becoming and offline application too.

Well, there are two sides to every coin! What do you think about this amazing feature? 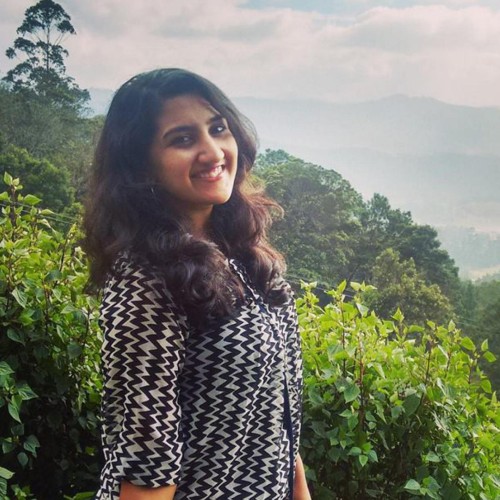