Papaya is the most lucrative fruit. It is very profitable for the stomach. It has substance named pepsin which breaks down proteins into smaller peptides. Consumption of Papaya can rescue you from various diseases.
Papaya has an adequate amount of antioxidants. It has Beta-Carotene along with sufficient amount of Lycopene. According to the researches, it has been discovered that the men who intake maximum amount of Lycopene, reduce the chances of developing prostate cancer by 82%. 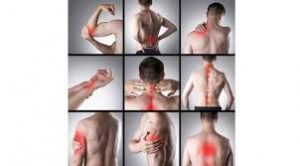 Papaya helps in making our bones strong. Traces of protein , Fibre and Iron are found too in Papaya, which is very beneficial for bones.

2. GOOD FOR HEART HEALTH-
The anti-oxidants present in papaya, prevents the accumulation of cholesterol in our body, henceforth the risk of heart diseases are reduced. Nevertheless, it has good amount of Fibre too which controls the level of cholesterol in the blood.

According to the health experts, the elements found in Papaya are very useful for reducing the signs of aging. Vitamin C, Vitamin E and Beta-Caroteneare few anti-oxidants present in Papaya. The elements give a blush to your face and the vitamins make your face wrinkle free. The best benefit of consumption of papaya is that it saves you from skin complications which occurs before age. The habit of daily intake of fruit makes your skin look young and glowing for a longer period. Contents found in Papaya also releases you from the threats of Mouth and Lung cancer. It has several enzymes and amino acids, which put an end to the swelling and the burning sensation which sometimes arises on the gums.

4. ENHANCES METABOLISM-
Papaya juice has an element named Papain, which helps in the digestion of food. People suffering from constipation should consume papaya on the daily basis. It has adequate amount of vitamin-B, which supplies the body Folic acid, Vitamin B-6, Vitamin B-1 and riboflavin sufficiently.

5. EFFECTIVE FOR EYES-
Vitamin A which is boon for eyes is found abundantly in Papaya. Nevertheless, it has ample of calcium and potassium too.

6. ENHANCES BEAUTY-
Application of mashed Papaya over the face minimizes the growth of pimples and blemishes. It hydrates and moisturizes your skin and also acts as an anti-wrinkle. It also gives you an even complexion by removing all the dark spots from your face. 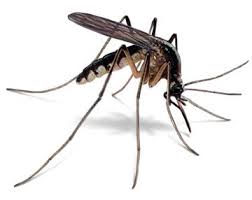 According to the sources, juice from the leaves of Papaya acts as a remedy in Dengue as it helps in increasing the platelets counts.

DON’T EAT RAW PAPAYA-
According to several researches, it has been proved that eating raw papaya during pregnancy can be detrimental as papaya has a constituent named pepsin, which can cause cramps and contractions in the womb, leading to the fear of miscarriage. Latex present in Papaya can also cause allergy to some females.