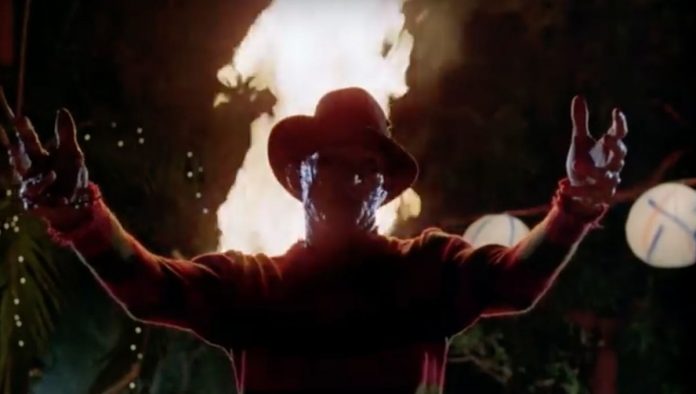 DISCLAIMER: If it is three am and you’re still on the phone reading this article, I urge you. Scram. Go to sleep. Reading or watching the most iconic villain in Hollywood will terrify you. And not to mention, Freddy Krueger watching. And he’s ready to descend into your nightmare. So beware.

If the first paragraph of this article just felt ridiculous to you, do not worry, you are not alone. Yes, you are not a millennial. And yes you have missed out on one of the most enthralling horror movie franchises, but you are not alone. Before we had the Stephen King franchise, the IT movies, we had the Nightmare on Elm Street series of films. Film genres have today become typical. All the moves and stories have already been tried and tested. Especially the horror genre. The movies nowadays don’t seem to contain the same scare factor that the old ones did. I know adults who wake up in sweats thinking of the first IT clown or Freddy Krueger’s claws. The present villains are merely placeholders, transient in this hall of fame.

And today, we talk about the greatest of them all. Freddy Krueger. Viewers first saw Freddy in Wes Craven’s A Nightmare on Elm Street, as the ghost-like form of a serial killer. His characteristic form of murder carried into his death, a gloved razor hand of his creation. The movies explore protagonists stories and struggles, but the main focus is on Krueger. Some critical information about him is that while in dreams, he is practically invulnerable. And when brought into the real world, he has human weaknesses and can be defeated.

Evolution from the First to the Last Movie.

While the first movie just saw a brief glimpse into his character and more about his murderous tendencies. The films subsequently released delved more into him as a whole. We probably owe this to his then rising popularity as a terrifying Hollywood villain. The Nightmare on Elm Street franchise consists of five films, and the villain and premise remain the same.

The third movie delved more into the villain himself, fleshing out his character, telling us his story. A serial killer from the ’90s, Freddy was a serial child molester originally. Later, the director of the films, Wes Craven, changed his character to a child murderer.The third movie gives more explanation to why he turned into the killer he did. Beginning from the rape of his mother to the murder of his abusive father, the movie is horrific. It ties up a lot of loose ends.

The True Horror – The World is Full of More Freddy Kruegers.

The scariest part of this, however, isn’t all that Freddy faces or what he eventually became. It is that a serial killer like Freddy can very well be lurking in the real world right now. We have world-renowned ones already. Jeffery Dahmer, the Cannibal. Or maybe, Ted Bundy, the charismatic cutthroat killer. The stories The Nightmare on The Elm Street symbolise the similar feeling of the trauma they induce in victims. Of course, this would leave out the death in dream parts.

However, Wes Craven said that he took influence from a string of some mysterious deaths in the ’90s. These murders were of people who were simply sleeping and dreaming when they passed away.

Freddy Krueger is truly iconic in the horror film genre. It could be attributed to being in the generation that truly pioneered the modern style of horror movies. It also has a lot to do with the story. Showing the traits of a serial killer, the possibility that he is not just our imagination was a masterstroke. The element that makes a horror movie so terrifying isn’t its jumpscares or even the storyline. It is the feeling that lingers with you after the movie is over. You know a horror movie has succeeded if you as an adult wake up in cold sweats after watching it.

Theatres do a lot to help the cinematic experience that a horror movie provides. The Nightmare on Elm Street, however, didn’t really need them. People remained terrified despite them. Add to that the recurring theme that Freddy could never be killed fully.

The entire backstory of Freddy Krueger, the trial, the frustration on the part of the people of Springwood, even the killer name given to him, had a strain of realism to them. While a lot of horror movies fixate too much on the supernatural aspect of the show, Nightmare on Elm Street gives you enough background to actually feel like you know the villain, and then horrifies you. It leers you in with how real every situation faced by the antagonist, and then shows you how despicable the acts they commit are.

Revisit It, And You Won’t Sleep For Days.

The truth is, Freddy Krueger as a character exists in a lot of us in society. These people need help, medical and psychological guidance. We owe it to the negligence of the community towards mental illnesses in children. We do not experience the horrifying repercussions until they are older and capable of doing significant damage. While Freddy cannot kill us, remember that there still exist many such villains we must evade.

Hopefully, as the earth becomes a kinder place, people are aided and treated. Hopefully, before they become lifelike symbolizations of the epoch-making Springwood Slasher.