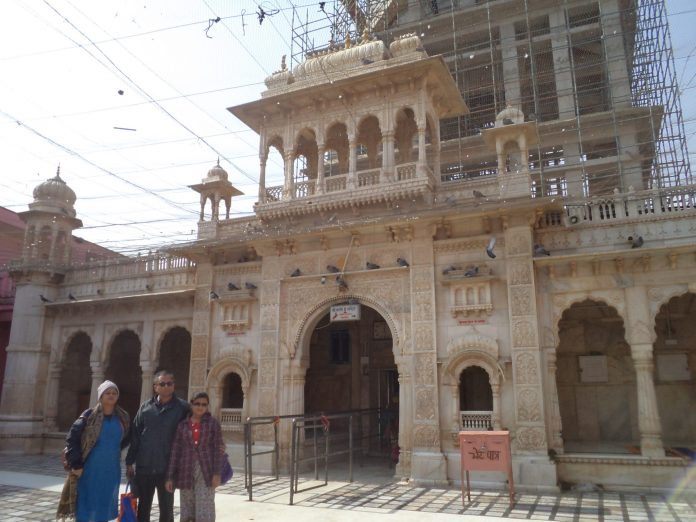 The temple of rats or Chuha Mandir, also known as Karnimata ki mandir is known for rats! Situated at Deshnoke in Bikaner, this temple houses an approximate of 20,000 black rats and few white rats as well. The temple is dedicated to Karni Devi, the Kul Devi of the clan. 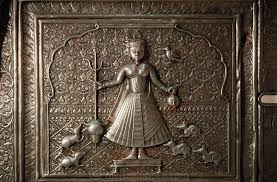 The villagers of Deshnoke rever Karni Devi as the goddess of their clan. Long back a disease spread across the entire village and people succumbed to that illness and died, the entire village prayed to Karni Devi to save them from this distress.  The time of the death of the last surviving boy came near,  and he died. His parents wept copiously and prayed to Karni Devi to restore the boy’s life. Karni Mata appeared before them. She said that she cannot bring a boy back to life but she can bring that boy back in another form, in the form of a rat that will reside in the temple. This is how she would bring back the other boys of the village. When the rat dies, a boy will be born in the village and vice Versa. This process continues according to the belief of the villagers and the temple became full of rats. People feed and worship the rats. 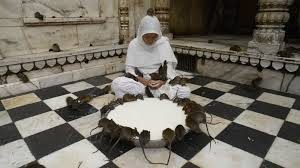 People feed and worship the rats. It is also forbidden to stamp the rats or walk over them. If one walks over and kills a rat even by mistake, the person has to replace the rat with a gold or silver replica of the rat and fund it to the temple authorities. A massive cauldron of milk and sweets is placed for feeding the rats. Apart from this, there is a rat breeding site inside the temple. It is also believed that the sight of white rat is a sign of good luck. 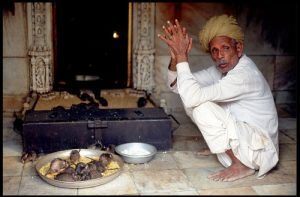