The green mountain grass wobbled to the rising wind. The temperature was dipping with the dipping sun, sending the fugitives of the forests to their cosy homes for a little warmth and rest. The cold mountain air swept through the myriad forest, whistling eerily to the otherwise silent hillocks. A bunch of bats took to their wings in the search of belly filling supper.

The last rays of the fading sun were all that were left to the lonely marksman as he adjusted himself to the plummeting mercury levels. The thick green foliage efficiently camouflaged him in the jungle vegetation. With the anterior of his torso kissing the hard forest floor, he rested on the cliff scavenging the view below through the telescopic sight of his SV­-96 rifle. His eyes were bloodshot and tired. He had been invigilating incessantly at the lake that stretched at the foot of the mountain for the last 18 hours. As he eased his sight, a pair of sparrows brushed across him, chirping to each other delightfully.

They were heading home.

“Home,” He thought. Beside him, a heap of dry grass swept to the wind, as did his thoughts….

Just a few years ago, life was so different. He was a blissful man. He had a caressing mother, an inspiring father, a loving wife and a couple of beautiful daughters. Life ran in perfect harmony, pampering his little heart with small joys and felicities. He was ignorant, childish, uneducated, illiterate, and immature and loved being so.

But his happiness was short-lived. Gods seemed to envy his felicity and prosperity.

An owl, a little distance away, hooted bringing back the marksman to his senses. He adjusted the gauge, aligning it with the double cross­-wire of the telescope and strained one of his eyes to it. He peeped through the lens, there was nothing in sight.

“Patience”, He whispered to himself. Patience. Patience…

He had been patient too long. His patience had cost him his land, his home, and even his wife. His land was looted, his home was plundered, his father was enslaved and his wife was killed. He stood helpless, as they poisoned the land and water of the clan, contaminated the harvest of the tribe, and snatched the cattle from the shepherds. In vain did he run for justice, tangling himself deeper and deeper into the intricacies of law? His lawsuits cost him more than just his fortune. His elder daughter and mother were sacrificed in his battle to justice. He felt suffocated, heavy, dejected and defeated…

One such day, he sat on the brink of the lake brooding over the unfair misery befallen to his life.

His little daughter was the only family he was left with. He couldn’t afford to lose her too.

“What more are you willing to lose?” he heard a stern voice directed towards him.

As he tingled his gaze, he saw a dozen men pouring out from the jungle. Well built, and dark-skinned they were clad in khaki outfits, each carrying huge rifles in their arms, their faces beamed with a sense of pride.

“They call us mercenaries, Naxals, Maoists, communists…… but we too are people like you fighting for our rights. Pacifism will never bring you justice but radicalism will.”

Their leader announced as he handed him a rifle.

That day he was a changed man.

He soon found out that he was better with gun than with words. He had innate talent in manoeuvring it to accomplish his tasks. Vengeance quenched his thirst for justice. Soon he gained respect, pride and a meaning in his life. His indisputable prodigy in hitting the targets with ease, accuracy and precision, earned him the name “The Marksman”

Focus. He reminded himself to concentrate his straying mind on the task at hand. Darkness had completely befallen the land. The moon seemed to play hide and seek with the ebbing and flooding clouds. Stars blinked in the eastern sky as if acknowledging his presence. Fatigued, he checked his watch; it had been full two hours since the sunset. He longed to go back home but he couldn’t.

He had learned from his informers that a few government recruited spies had infiltrated into the forest, to gain clandestine information about his brotherhood. All of them had been either captured or neutralized except for one rogue who fled from their clutches. He was a potential threat, too sensitive to be compromised, hence needed to be sabotaged.

The marksman had stationed himself near the lake because he knew, how clever the agent might be, he had to satisfy his physiological needs i.e. thirst which would unflinchingly draw him to lake.

However he had been preying at the lake for the last 20 hours without any luck. Stretching his limbs further, he tried to ease his gaze and laze.

In the shadows below a silent silhouette lurked in complete silence…

The marksman adjusted his gaze as he felt something move in the pitch darkness. He could now see a dark outline loiter, canopied in the vegetation. The gait of the creature wasn’t of any animal, his fingers tightened. Though he could see the spy, he couldn’t get a clear shot and risking an imprecise shot after such long wait was completely a wrong call.

He waited for the spy to break out of the foliage towards the lake. Patience.

A moment later, the spy entered the clearing. Without wasting a second more, the sniper took the shot. The bullet ricocheted with a heavy thud, hitting at point blank.

The victim fell helplessly to the ground, uttering his last cry.

Lifting his rifle, the sniper carefully walked towards the lake to verify the accomplishment of his task. It took him half an hour to reach the spot. Approaching the target, he lowered his gun. The victim had fell face first, revealing the back to the marksman. However it didn’t seem to be the body of a man. Frenzied, he turned the body.

His eyes froze as he stared into the face of the deceased. His heart felt heavy, pounding harder and harder. His hands shivered, the rifle fell from his hands. His knees wobbled. A sharp pain shuddered his chest. His bloodshot eyes were flooded with tears. His voice refused to utter a sound. He collapsed onto the ground beating his chest heavily with his hands.

He uttered a loud cry as he failed to stare into the lifeless eyes of his daughter. The dark brown eyes seemed to question him. He tore his matted hair crying, wailing and screaming. A little distance away, the earthen pot, meant to fetch water, lay shattered. And so did his life.

Scanning blankly for help, he saw the fallen gun. The very rifle which he had adorned to save the last essence of his life had taken it away from him. Irony.

Moments later a second gunfire resounded through the forest, breaking its taciturnity. However this time, the deceased didn’t need an introduction. 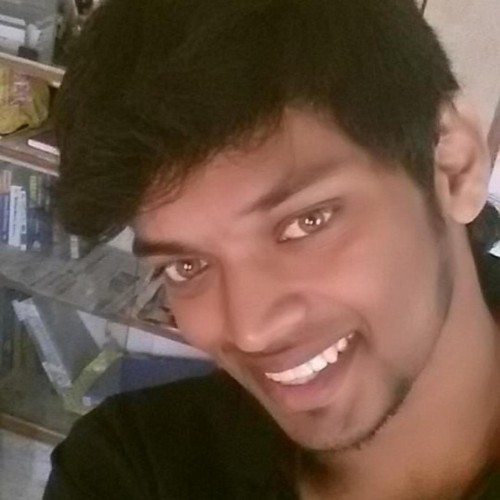