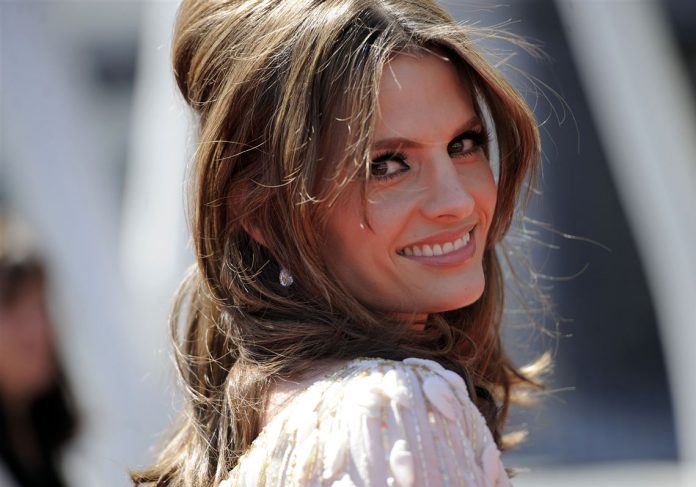 Stana Stacie Katic was born on April 26, 1978, in Hamilton, Ontario, Canada. She is a Canadian-American actress and producer. She has worked in the ABC television romantic crime series- “Castle”. Also, she is currently working on Amazon’s thriller series “Absentia”.

She is also dedicated to philanthropic projects concerning the environment and children’s education and healthcare.

Stana Katic’s father is from Vrlika, Croatia and her mother is from Sinj, Croatia. Katic said she calls her family “Dalmatian”. Her family consists of people from Serb, Croat, and even Montenegrin. Katic later moved to Aurora, Illinois with her family. In 1996, she completed her graduation from the “West Aurora High School”. She then enrolled herself in the Trinity College, University of Toronto to study international relations, economics and pre-law. After this, she went to The Theatre School at DePaul University from 2000 -2002 where she studied towards MFA in acting. Stana Katic also studied at Beverly Hills Playhouse acting school.

In 2008, Stana Katic starred for eight seasons in the television series “Castle” as Kate Beckett. This was an ABC hit series that bought in more than 10 million viewers weekly and is in the top five syndicated series in Spain, France, the UK, Italy, and Germany. Later on, she established her own production company ‘Sine Timore’ Productions which in Latin means “Without Fear”.

In 2010, she worked in “For Lovers Only” with The Polish Brothers in France and in “The Double” with Richard Gere. She won the Actress category at the third annual “Shorty Awards” held on 28th March 2011.

She played the role of Lenore Kandel in “Big Sur” that was premiered at the Sundance Film Festival on 23rd January 2013. Followed by the San Diego Comic-Con International after which it was announced that she would do the voice of Talia al Ghul in Batman: Arkham City.

Stana didn’t stop after achieving so much

In 2011, BuddyTV announced her as no. 1 in “15 Best Drama Lead Actresses 2011-2012”. Stana Katic has also successfully maintained her position on Maxim Hot 11 list for 3 consecutive years. At the 16th annual PRISM awards, she won an award for drama performance in Castles season 4 episode- “Kill Shot”.

Katic portrayed the rock singer Genya Ravan in the film “CBGD” which is biographic on the former New York music venue CBGD.

On 18th April 2016, she was criticized for leaving Castle. ABC studio didn’t renew her contract after eight seasons. Eventually, Castle was cancelled after 8 seasons on 12th May 2016.

In 2017 she appeared as Anna in “Lost in France”. She was cast in the AXN series Absentia that premiered in 2017.

Currently, she lives in Los Angeles. She can speak many languages including French, English, Italian, Serbo-Croatian, and Slovenian fluently. She holds dual citizenship in America and Canada.

Katic wrote the lyrics of the song “Hey Blue Eyes” which she sang at the 51st Zlin Film Festival (2011) for her fans.

She married her long-time boyfriend, Kris Brkljac. He is a Serbian business efficiency consultant. They have a private wedding ceremony in Croatia on 25th April 2015.

In 2010, Katic founded “The Alternative Travel Project” which is an initiative to encourage people to look for alternative options of public transportation and to go car-free for one day. this was done to reduce the harmful impact of personal vehicles on the environment.