Reasons Why Python Language is famous among Data Scientists?

As there is an increase in demand for machine learning and artificial intelligence field, the data scientists are focusing more on Python Language.

So let’s discuss the reasons for Python language popularity is?

The first question is what Data scientists do.

They try to explore the data by using scientific techniques, algorithms, and other ways. Data scientist processes that data and extracts useful information from it which is most important for business purpose.

Contents hide
1 What is the Python Language and why to use it?
2 Reasons for Python language Popularity
2.1 Why Data Scientists need Python Language?
3 List of Python Libraries
4 Features of Python Language
4.1 Easier learning and usability
4.2 Corporate sponsors help to glow
4.3 Availability of various python libraries and frameworks
4.4 The popularity of the python language
4.5 Reliable and robust
4.6 Open source
4.7 Interpreted and object-oriented language
4.8 High in demand
4.9 Used in academics and research
4.10 Easy automation
4.11 Flexible and scalable environment
4.12 The simplicity of language
4.13 Web development facility
4.14 Supports test automation through python frameworks
4.15 Overall growth
5 Conclusion

What is the Python Language and why to use it?

Now try to understand what the python language is.

Python is easy to learn a dynamic language that is the first choice of Data scientists. With the use of python, it is easy to develop things quickly and interface with other algorithms.

Python is the choice of data scientists using which they can perform their daily tasks. You can think of it as a tool to be used in the industry. The fluent and natural style code written in the python language is called Pythonic. Sounds Cool!!!

The main reason for using the Python language is the digitalization of business. Recently every online business is generating a lot of data that hides the predictive information that is useful for marketing benefits.

The predictive information hidden inside this data can help the online business to grow faster, measure performance, and also helps in the identification of any problems.

So to get useful insights from the available data, there is a need for a business analyst or Data Scientist. However, the overall role of the Data Scientist is to manipulate data and analyze it.

I think You are getting the understanding.

The popularity of Python language is because it is an easy language as compared to C and Java. With the help of python, it is easy to implement algorithms. Besides, python facilitates users with extensibility and helpful in managing the data.

You can learn the python language bit easily because it has many inbuilt APIs that will help you to write fewer code lines. Sometimes data analysts need to integrate data with web applications that are easy to perform with python language.

A survey shows that for years an approx 48% of data scientists prefer the python language because of its easy to use environment.

Data scientists need to extract useful information from data, registers, and stats. But actually, that data is not sorted, which means you have to put extra effort to obtain meaning from this. So to easily do this task, python language is the first choice.

With the use of python, you can generate CSV output for data reading. Python is such a programming language that supports a structured, functional, and object-oriented approach.

You can say that python is a fast language as compared to R and Matlab. The reason that data scientists prefer python is that it provides them more flexibility and robustness as compared to other data processing languages.

As I told you, python language is open source and providing libraries for scientific computation and technical work, so it is the best option for data scientists. Overall you can say Numpy and pandas are very helpful to explore the data in python.

On average, it provides approximately 70,000 libraries that kept on increasing. Here are a few specific advantages related to the use of python libraries.

The syntax of python language is simple, because of which Data scientists prefer it mostly. There are few other reasons for adopting python is it provides quick prototyping and easy understanding to beginners.

If a Data scientist is willing to learn the Python language, the scientist should have excellent mathematical and statistical knowledge. The python language is famous in a complete aspect where the R language is preferable for academics and research.

But in data science, you need the python language use at every single step. In this topic, I am briefly giving a list of various python libraries that can be used by data scientists as follows:

Through this topic, you are now well familiar with python’s first benefit that is easy to learn. It is easy for data scientists to learn and write code quickly using python language. For anyone who is having less time to learn new technology, it is a great choice.

Python languages also excel in the case of scalability. Scalability is provided to data scientists by availing them with various ways to solve any problem. Due to the reason of scalability, YouTube also adopted this language.

The popularity of python is also due to the Python community. Many volunteers are serving the community by creating various data science libraries. The ultimate task of the python community is to provide solutions for challenging problems.

The python community has many programmers that can help you if you struck somewhere to find the answer to any issue.

Python also provides graphics for data scientists. With the use of various libraries like Seaborn and ggplot, scientists can gain access to many data charts, graphical plots, and web-ready plots.

I am also giving a few points about why it is the best choice to be used by data scientists as follows:

Python is not complicated at all and focuses only on natural language. Data scientists use python language code that can be write down with ease and faster to execute as compared to other programming languages codes.

With the help of sponsors, languages grow faster. So same is the case of python language as Facebook, Amazon, and Google support it.

Python language provides several libraries and frameworks to use that helps the developers by reducing their time and effort for development.

The popularity of the python language

Python is quite famous due to the reason that it is open source. Python language has the support of the community where a lot of people are contributing. Being open-source python language helps developers and learns the most.

Python is an interpreted and object-oriented language that is why it is popular among data scientists.

Python language is the first choice of data scientists and developers. It is high in need due to the development and digitalization of business.

Used in academics and research

Python facilitates data scientists with various tools and modules that can help them in tasks related to automation. There is a need for only a few lines of code for automation tools.

Python language gives the data scientist such an environment using which he can develop something new. Using python language, you can make different types of applications.

The simplicity of language

There is no limit to the functional capabilities of the python language. Python is fast in writing as compared to java language.

Python provides various growth opportunities to data scientists. Python is itself also a powerful language that is growing day by day. By learning the Python language, you can even switch to various other python related jobs.

With the help of the python language, there has occurred a great revolution in the field of Deep Learning.

So python language is an adapting language that is supposed to learn by Data scientists. It is the preference of machine learners to make fraud detection algorithms and provide network security.

As there is an increase in the need for ML and big data, the python demand will also grow so that you can use it in the business and government sectors.

I am not saying that the current market isn’t full of competition but, the python language is the cool language I have ever found. It is a kind of base language for data scientists, and its popularity is at a peak level.

I could be wrong at some points so, do correct me with your valuable suggestions. 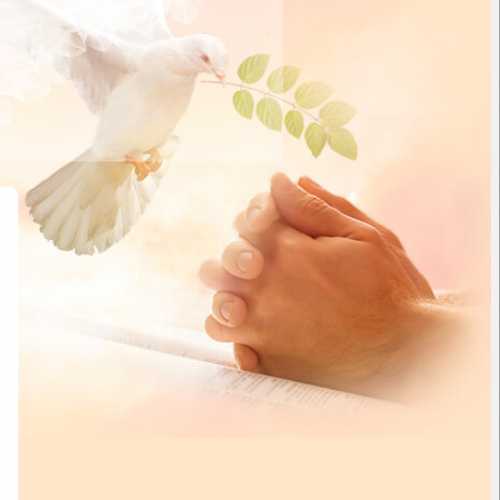