In the Indian culture, it is a pretty conventional and deep rooted ethic to keep the stature of mother at par with that of the almighty. While it looks quite a cliché to those not really enlightened to this concept, it is something Indians take absolute pride about. Looking at this fact, one can easily understand the value of someone conferred the honorary stature of ‘AMMA’. While every mother deserves respect, the love and devotion that a mother to hundreds of thousands of people would garner is just hard to quantify.

Yes, it is an obituary to Jayalalithaa Jayaraman, the lady who rose from the alleys of film industry to the crown roads of Tamil Nadu and more importantly to the hearts of millions of people. Quite a lot is written about her in her hinterland but here’s how an outsider to Dravidian politics perceives her aura.

Everybody knows about her being a film actress during her starting career. She worked in an array of around 140 films during her career of two decades. She acted in movies of various languages like Tamil, Telugu, Kannada and Hindi. She was discovered as an actress by the South Indian film legend Shivaji Ganeshan who was particularly impressed by her exemplary skills at Bharatnatyam.
She had an overly successful film career with almost all her movies being box office hits. She attained critical acclamation for her ease at essaying roles of varying genres from fantasy to mythology to social dramas. Her career saw her teaming up with legends like Shivajii Ganeshan, MG Ramachandran and Ravichandran. Her multi faceted acting talent got her applauds as well as a number of commercial awards. 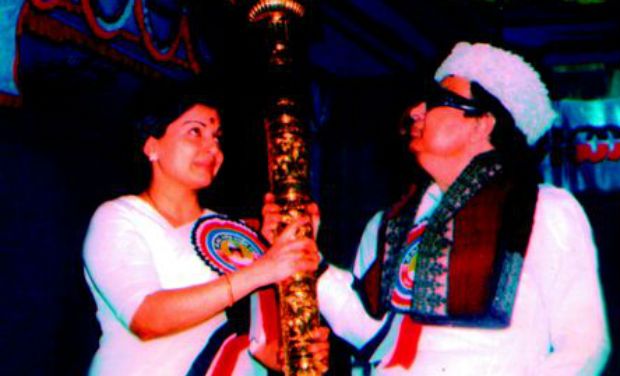 It is widely believed that she was brought into politics by the actor turned politician, MG Ramachandran (popularly called MGR). He found his own political party by the name of Anna Dravida Munnetra Kazhagam (ADMK) after separating from DMK.
Jayalalithaa began her political stint by entering Rajya Sabha after being nominated from Tamil Nadu in 1984. Her association with MGR saw a rift when MGR was struggling through his health. Following his death, the party got divided in two factions; one was taken over by Janaki Ramachandran, his widow while another was led by Jayalalithaa. She was declared as the political heir of MGR’s legacy and contested the assembly polls in 1989 and rose up to the stature of the first women to be elected Leader of Opposition. Later that year, both the factions of ADMK re-merged and Jayalalithaa was unanimously elected as the leader of the party. 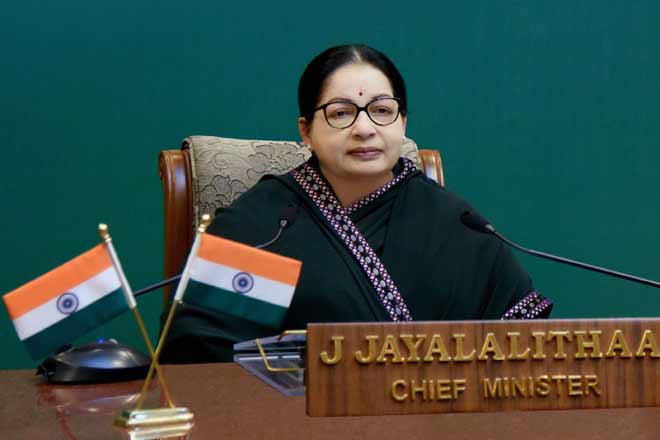 On 25 March 1989, an incident that is deemed as one of the most shameful show of behavior by the elected members of the community shook the political arena. This was the day which saw the elected members of Tamil Nadu assembly getting in violent tussle on the house floor. This rowdy interaction between the members of the ruling and the opposition leaders took an extremely shameful turn when Jayalalithaa was visibly attacked and molested right on the floor of the house. As images of Jayalalithaa leaving the assembly with torn sari came into circulation, the dawn of the era of Jayalalithaa also came into being.
Jayalalithaa was able to steer her party towards an assembly election victory in 1991. After that term, she took the office on more than three occasions ruling for around 15 years in the stead of chief minister.

Her political stint wasn’t devoid of controversies. Right after her first term as chief minister, she and her ministers were blamed of having done heavy corruption. She was even arrested in lieu of the various cases filed against her in DMK government. Throughout her career she was constantly attacked for establishing herself as a brand. Her brand politics has invited a lot of ire from the opposed spheres of politics.
Later in her career, allegations of having disproportionate assets surfaced with prominence. In September, 2014 she was sentenced to serve a four year jail term and 100 crore fine in a case filed by BJP MP Subramanian Swamy. She was hence disqualified from the post of chief minister of Tamil Nadu. Her sentence was later suspended by Supreme Court and she came back to reclaim her chief ministerial post.

She was known as one of the strongest leader ever in Dravidian politics. She successfully entered the previously male dominated Dravidian politics and later aced it. Her decisions of providing incentives to the people of the state are often considered too populist but still it made her a place in the people’s hearts for sure.

‘Cradle baby scheme’ launched by her during her first term asked parents unwilling to raise baby daughters silently into the cradles setup by the state government. These girl children were raised on state expenditure. This was by far one of the boldest move towards curbing female infanticide and foeticide in a nation struggling with unbalanced sex ratio.

Her plans of distributing items like food processors, milk cattle, laptops and other items of usage to the people of state gained her immense popularity. Items like packaged water, food and salt was circulated under ‘AMMA’ brand and eased pressure on poor. The canteens set up by state were a relief to the people. Her policy of market intervention at the times of price hikes ensured the prices being in control. Even when the prices throughout the nation burdened other states, people of Tamil Nadu were comfortably having their meals in the canteens.

Sasikala Natarajan, left standing, a close friend of India’s Tamil Nadu state former Chief Minister Jayaram Jayalalithaa, wipes her tears next to Jayalalithaa’s body wrapped in the national flag and kept for public viewing outside an auditorium in Chennai, India, Tuesday, Dec. 6, 2016. Jayalalithaa, the hugely popular south Indian actress who later turned to politics and became the highest elected official in the state of Tamil Nadu, died Monday. She was 68. (AP Photo/Aijaz Rahi)

While her soul has combined with the almighty, her legacy still stands upright; her legacy of placing people’s interests above any political pressures. She never twined under pressure and made sure that her policies were in sync with people’s interest.
The place she has gained in people’s hearts is just irreplaceable. Let’s hope her soul finds rest after toiling so hard during her lifetime. May the people grieved by her loss have the courage to handle their grief!
RIP AMMA