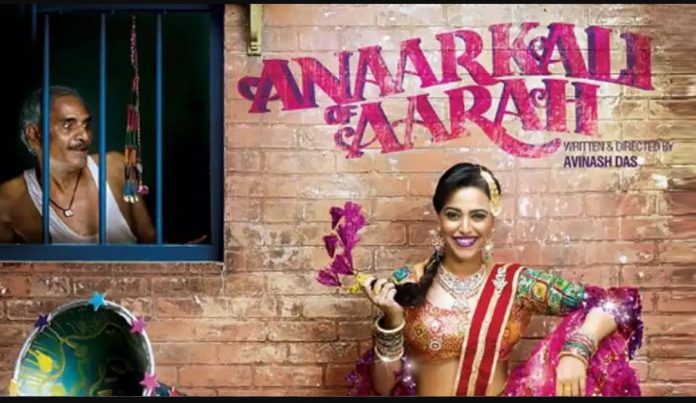 Summary- Hailing from a town in Bihar (Arah), Anarkali (Swara Bhaskar) is a singer and dancer who is famous and infamous for her vocals and dancing moves. She celebrates the attention she gets and makes peace with the hatred she evokes within civilised society of her area. The problem in her life begins when she refuses to get exploited in public by powerful politician portrayed by Sanjay Mishra.

Riview-The movie carries the message which says “when a girls says No it means No” as shown in the flick ‘Pink’. With impressive authenticity and flawless acting skills of Swara Bhaskar the movie gets emotional weight. It simply throws light on the subject that women with singing-dancing profession too has right to uphold their dignity snd should not be considered as the fringe elements of the society.

Most importantly the movie gave achance to Swara Bhaskar to put her impeccable acting skills on display. The music and rustic settings adds to the genuine feel which movie tries to connect with. The flick makes us think how women who performs item songs at Bhojpuri lyrics should be considered in society.

What did not work in the movie was Sanjay Mishra’s light weight villainry which looked comic at places. The film could have been better if the antagonist was more strong. The society which holds women responsible for triggering aggressive sexual behaviour in men has a lot to learn from this film.