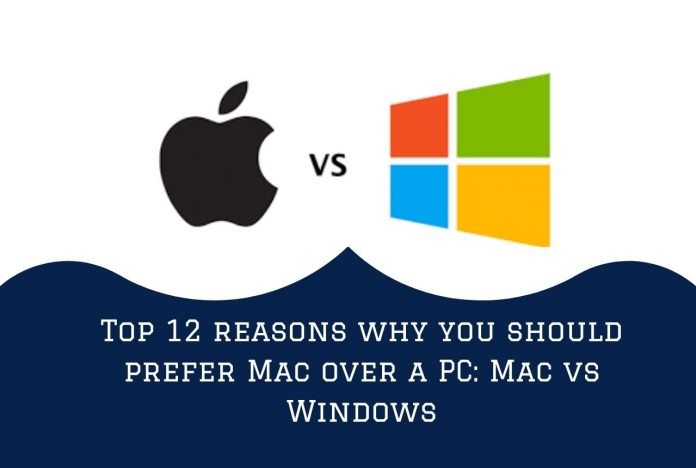 The choice to buy Mac vs Windows revolves around personal taste. 82% of the people curb the windows and 18% to Mac in the market share. The stats do not determine the capability of electronic products. The age-old debates over Mac vs Windows performance still exist, dispelling common myths about the price, specifics, choices, compatibility, however, arises. Apple is worth its price when you contemplate the value you get for your money. With its top-grade components, built-in standards, elegant styles are what Apple has yearned from the customers on the market right now. The difference between Mac vs Windows has become more subtle and let us find out the reasons to choose Mac over a PC.

The design style for Mac vs Windows has its own aesthetic approach. Mac OS uses compatible applications across all apps. It remains constant. Whereas, the window has the possibility of changing the UI between programs.

Apple OS Dock feature has access to common shortcuts and apps, a persistent bar at the bottom of the screen. Windows uses a taskbar and start menu.

Windows has a voice-activated assistant as Cortana, while the Apple Operating system has Siri.

Windows OS is best for gaming because of hardware and developer support, while MAC OS is slow to catch up.

Further, Mac vs Windows none of them is immune to viruses, malware, ransomware attack, or any third party outbreak. Analysis suggests that Mac is safer than compared to a PC, as it has built-in security features. While with windows, one has to be adequate in using anti-virus software.

Apple has a simple Applecare program in place to help its users with any hardware problem.

With Handoff features, one need not synchronize or store anything in the cloud drive. The work continues without syncing or saving on your iPhone, iPad simultaneously. You can continue using email, note, or document on your iPhone or iPad.  The same applies to web searches, reminders, map searches, and calendar adjustments.

Mac OS Catalina has a sidecar feature that turns your iPad into an interactive second screen. This close integration is a significant advantage, as it means your devices all work to help you attain your task without fuss or frustration.

Apple offers automatic connectivity of devices and applications. Windows compels connecting devices to share any web link, text, or file from any app to any other app on a network.

Whenever Apple releases its recent version on the operating system, it’s freely available to download and install on any mac that supports it. Windows 10 can have free updates twice a year of the plan.

Macs last longer than other windows devices. It is more reliable. When compared to Mac vs Windows, Apple offers five different computers that come in various categories and build in order options. Apple mac includes the MacBook Pro, MacBook Air, Mac mini, iMac, and mac pro. You’ll find the ones that suit your budget.

Pcs supports the assembling of hardware devices from any manufacturer or brand.  There are hundreds of PCs in the market. But none of these have a single vision guiding them that Mac offers. For windows, one has to look for industry standards and reviews while purchasing.

Apple focuses on the design, appearance, and its exterior look that controls the system’s operational environment. Therefore, it does not provide any economy prices option and customization. In such a case, the PC changes to match the specifications of a base model mac pro. You can build windows setups and configurations from scratch with no big trouble. In short, PC customizable manages the price that suits you.

Mac OS is a simple, streamlined, feature-rich system that has a library of rich games. However, there are few games not made for Mac. Mac vs Os, then you can pick a PC to run modern games. The array of graphics cards and upgrades are in windows. PC is exhaustive, and hardware tweaked for gaming performance is much more reliable. Many games differ with the Mac OS. Windows UI can often change between programs where Mac OS remains constant.

Pcs have software features to download for free and in the purchase. The software does not come up with the machine. Mac is a hub of useful apps such as photos, movies, garage bands, pages, numbers, keynote, face time, maps, and more are pre-installed. You can edit photos, make movies, create music for all that you count on Mac.

Likewise, with a mac, OS Catalina has made significant upgrades, replacing the aged iTunes with Apple Music, Apple tv, and apple podcasts apps.

During navigating hard drives for files in windows is through file explorer where Apple has a feature-rich version of mac finder. The navigation of hard drives for window files process in explorer.exe to handle files. Mac OS uses Finder for file management.

Similarly, windows have a voice-activated assistant while Apple has Siri that makes it an attractive platform.

Macs have adequate screens when coming to Mac vs Pc. Further, the updated MacBook Pro and MacBook air range covers features like apple tunes tone technology that fits the color temperature of the display to match lighting conditions in your surroundings. Mac gets consistent performance in terms of the outrageous display that contradicted various scaling issues. That is to say, the retina equipped macs are worth mentioning.

Apple has the Apple care program to help users from any hardware problems. The repair of PCs done by anyone aware of the subjects.

Above all, with mac OS, there are many accessible apps that will run through a series of common and uncommon scripts to free up storage space, optimize settings, and have everything run. To sum up, users can also manage their privacy settings and caches for web browsers. Also, users can find a clean interface where plenty of tools are available for prime focus writing. 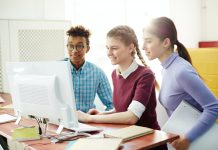 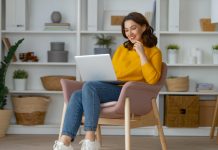