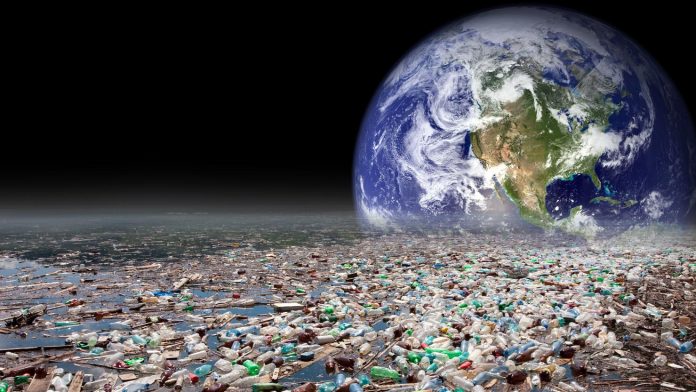 The protection of the environment has assumed an even more prominent position in the recent times with the rapid industrialization resulting not only in the over use of  our limited natural resources but also causing the pollution of such natural resources which include – air, water, flora and fauna. While development is an essential predominant factor to every economy, it is also equally important that no irreparable damage is caused to the natural eco-system. It is therefore the approach of ‘sustainable development’ that is used to balance the exigencies of the industrial growth against the tradeoffs in the environmental concerns.

The concept of ‘sustainable development’ was for the first time highlighted at the United Nations Conference on the Human Environment held at Stockholm in June, 1972. Since then, various countries such as Japan, US, France, Germany, etc. besides India, have enacted  several legislative measures for the protection of the environment which includes measures such as  introducing  several strict penal measures for  the damages caused due to the  hazardous substances, etc.

Legal Mechanism for Protection of Environment in India

Even though the Indian Penal Code, 1860 contains  several penal provisions for corrupting or fouling the water or spring or reservoir so as to make it less fit for the purposes for which it is ordinarily used as well as for vitiating the atmosphere so as to make it quite noxious to the health of any person etc.

There are however a number of other Central and State laws covering the boilers, dangerous drugs, radiation, forests, etc  which were enacted during the middle of the 20th century, however we find that  the legislative and administrative measures directed specifically at protection of the environment were only  introduced in the 1970s and 1980s.

The five-year plans and the various Industrial Policies also devoted attention to the orderly development of industries, the conservation of forests, its resources, the urban and rural water supply and sanitation, health, and environment with considerable stress on the development of industries in  the backward areas  so as to ensure that a balanced regional development is maintained. Though no specific attention was paid to the control of pollution problems.

However, we find that the Industrial Policy Statement of 1980 has laid emphasis on the pollution control measures, and preservation of ecological balance. The locational policy adopted by the Government also had quite a beneficial impact on the balancing of the regional development and reducing the environment pollution in all the highly industrialized areas.

The Water (Prevention and Control of Pollution) Act was enacted in 1974 and the Air (Prevention and Control of Pollution) Act was passed by the Union of India in 1981, both of which essentially was formulated to give effect to the decisions taken at the International Conference on Human Environment at Stockholm in 1972, where the declaration promulgated man’s fundamental right to live in a pollution-free atmosphere and his responsibility to protect and improve the environment.

In 1980, a committee was set up for reviewing and recommending the legislative measures and administrative machinery for ensuring that environmental protection could be reduced and on its recommendations, the Department of Environment was set up which immediately became a part of the Ministry of Environment and Forests in January, 1985.

This Ministry was set up mainly to act as the focal point for the planning, promotion and co-ordination of environment and forestry programs for environmental protection. The issues of pollution control and environment protection assumed enormous importance after the ‘Bhopal Gas Tragedy in December, 1984 in which several people lost their lives or even became permanently handicapped following the MIC gas leak in the Union Carbide Plant at Bhopal.

In 1986, the Government has enacted the Environment Protection Act to provide for the protection and improvement of environment and for the prevention of hazards to human beings, the other living creatures, plants and property.

Also Read How to make your home more eco-friendly

The Act come into force on 19.11.1986 and it extends to the whole of India. The Act affixes responsibility on the persons carrying on industrial operations or handling hazardous substances to comply with certain safeguards for the prevention, control and abatement of environmental pollution and also enjoins upon them the responsibility to furnish certain information to the authorities in certain cases.

The Central Government has been granted  several general powers for taking all the  necessary measures for protecting the quality of the environment, for laying down standards for emission or  for the discharge of environmental pollutants, and safeguards for prevention of accidents and in respect of handling of the  hazardous substances, requiring persons to furnish certain information, issuing directions to persons, including  planning nationwide pollution control programs and coordination of the actions of  the various agencies and authorities etc.

Section 16 deals with the offences by the companies and also provides that where any offence has been committed by a company, every person who, at the time the offence was committed, was directly in charge of, and was responsible to, the company for the conduct of the business of the company, and the company itself, shall be deemed to be guilty of the offence and shall be liable to be proceeded against.

When an offence has been committed by a company, and it is proved that the offence was committed with the consent or with the connivance of any director, manager, secretary or other officer of the company, such director, manager, secretary or other officers shall also be deemed to be guilty of that offence and shall be also liable to be proceeded against and punished accordingly.

Section 15 makes it clear that on contravention of any of the provisions of the Act or any rules made or, orders, directions issued thereunder, punishable with imprisonment up to 5 years or with fine up to Rs. 1 lakh or with both. An additional fine of Rs. 5,000 would also be also leviable for every day of continuing default.

Sub-section (2) of Section 15 further provides that where such contravention continues beyond a period of one year from the date of conviction, the offender shall be punishable with imprisonment up to seven years.

Provision for the Requirement of an Environmental Audit

Rule 14 of the Environment Protection Rules, 1986 inserted w.e.f. 13.3.1992 provides for the submission of an environmental audit report. Accordingly, every person carrying on an industry, operation or process requiring consent under Section 25 of the Water (Prevention and Control of Pollution) Act or Section 23 of the Air (Prevention and Control of Pollution) Act or both or authorization under the Hazardous Wastes (Management and Handling) Rules, 1989 is  therefore required to submit an environmental audit report in Form V (inserted in the Rules) for the financial year ending on 31st March every year on or before the 15th of May, beginning 1993 to the concerned State Pollution Control Board.

The Liability for Causing Environmental Pollution

The act promulgates the liability for causing pollution, whether the pollution is caused by individual or by a corporation, such causing may be civil or criminal. Civil liability refers to what is commonly known as tortious liability.

A tort is a civil wrong for which the ordinary remedy is damages. When the duty breached by the wrong-doer is not one owed to any particular person but owed to all persons in general who are likely to be affected by the particular wrongful conduct. Of the various species of torts, the tort of negligence is the most directly related tort in the field of pollution. Sometimes the tort is also applicable in case of pollution may be that of public nuisance.

The pollution laws at present, are so predominately stringent that non-conforming factories may be asked to even close down. The laws further provide that where a State Pollution Control Board does not act in a particular case, the Central Pollution Control Board shall take all of such suitable action in the matter as may be prescribed. The enlargement of the powers of the Central as well as the State Board has not been all that welcome to the industrial sector.

Industry circles feel that the liability under the Environment Protection Act is rather quite of an absolute liability in the sense that any person directly in charge of and responsible for conducting the affairs of the company shall be deemed to be guilty and shall be liable to be proceeded against and punished for an environmental offence, thus making a significant departure from the traditional principle of mens rea, and therefore shifting the onus of ‘no-guilt’ on the person concerned. 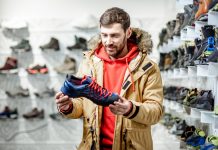 Most Expensive Shoe Brands And How To Get Them In India: