The Plot of Independence Day 1996

‘Independence Day’ movie is about mysterious extraterrestrial species piloting gigantic spacecraft invading the Earth. Shortly it was discovered that the aliens were here to attack the crucial points around the globe. Eventually, the whole scenario becomes a global phenomenon. After an attack the survivors set out to Area 51. Well, Area 51 is a government testing ground. There are rumor that the place has an alien spacecraft. The remnants coins plan to fight back against the enslaving aliens. July 4th is the day when humanity would fight for its Independence with aliens. In fact, July 4th is the Independence Day of United States of America.

Why the Original Plot of the Movie was rejected?

The original story of the movie was quite different from what has now taken the final shape. In the early aughts, they wanted to make a movie on the 9/11 attack. They would shoot extraterrestrials down to Earth accidentally.  In the end they would gather at the White House lawn and proclaim “We come in peace.” The movie ended without having the ‘feel of Independence’. The original script was too feeble to work on. They planed to rework on the idea.

The Plot of Independence Day Resurgence

After a lengthy spell of 20 years, the planet is once again encountering alien assail. This time aliens from deep space have plotted larger and more powerful attack. The human race is threatened and is at the brink of extinction. Only the ingenuity of handful of lionhearted man and women can save the entire planet. Area 51 base the one-time government testing ground has now refashioned into a Space Defense Headquarters. Twenty years later, the international community creates Earth Space Defense (ESD). The ESD is a united global defense program designed to aware the Earth with the early signals. The major defense force uses the technology gathered from the residue of the alien forces. The ESD has also fastened its belt in assembling military forces in the Moon, Mars and Rhea.

Why Will Smith is not in the Movie? 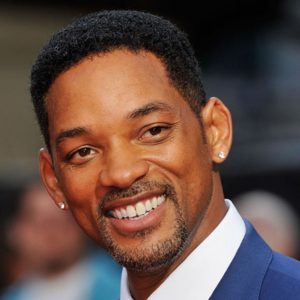 Independence Day is a big hit of all time and is still remembered of be one of the prime extraterrestrial film. The movie is back again with a dramatically huge sequel Independence Day Resurgence. The film will be released worldwide on June 24, 2016. This science fiction movie is presumed to overwhelm the theaters with thrill and excitement.