Can you love someone who is not yours?

The idea of fatherhood unleashed a swirl of emotions in me. I found it frightening, daunting, and exhilarating all at the same time. I wondered what sort of a father would I make. I wanted to be a father like Baba was to me. I wanted to be a good father to my child and not just a disappointment. I often envisaged Sana, my wife, our baby and me together. Sana and me running after the baby as he went about scampering in the house. See him scattering everything as he walks by, turning the house upside down and the innocent smile on his face as we get hold of him after long hours of endeavor. 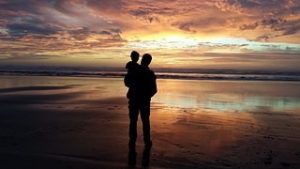 Initially, I used to wonder if Sana thought about our baby as much as I did. Then one morning I woke up to her knitting socks for the baby. It became conspicuous that Sana was way more excited about our baby than I was. The favorite part of the day was when Sana placed her hand slowly on her belly and whispered words to it. I became accustomed to her singing lullabies at night, hoping that the baby in the belly would enjoy the way it sounds. The thought of our baby was the new source of happiness in our house.

Then one day something happened that none of us anticipated. Sana fell from the stairs and that took the happiness away from us, it took our baby away from us. We stood there aghast as the doctor informed that the injuries were the cause that Sana won’t be able to be a mother ever again. I stood there, quivering, too scared to look at how Sana reacted to the news. I could hear her panting. She uttered something between a gasp and a shriek and that was the last time I heard any sound coming from her mouth.

In the months that followed, Sana became quiet. She avoided any conversation with me and we never looked each other in the eye. I would find her staring at the socks she knitted for the baby followed by the tears running down her cheeks. I couldn’t garner the courage to speak to her. I couldn’t figure this out on my own. Then one day, Sana initiated a talk on the breakfast table. I knew that she wanted to say something but quietly, I swallowed the thought and the food. Sana told me that she wanted to adopt a baby. 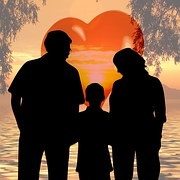 The word adoption rang in my ears. I thought about the sayings regarding adoption that prevailed in the society. About how important blood was and about how a father cannot love an adopted child as much as his real child. I wondered if I would be a good father to the adopted child. I dismissed these thoughts and looked at Sana with affirmation in my eyes. I saw her smiling and in that moment, I realized that there was no not loving him. He wouldn’t be an adopted child but my child. Our child. I would love him more than I would have loved a real child because he brought back happiness in our house. He brought back my Sana’s smile.