Is the story of the Hindu epic Mahabharata true? Or is just a cooked up.

If it is true then the unnatural things that took place in the epic are not true or else it is a human lie. According to the epic the happenings that took place in it are in ‘martya’ or on this mighty earth. In this earth is it possible for a lady to give birth to hundred children? And that also the age difference between them is just few hours or maximum days.  Is it possible for a lady to carry a child in her womb by the grace of Sun God? Is it possible for a man to turn impotent just because he is cursed? Is it a matter of dignity for five men to marry a woman? And then they are portrayed as superior.  Is it possible for a man who is not capable to be a father, having five sons? If the epic is real ,then all these are not possible. Though there are certain proofs that make us accept that it is real, but then does all these can really happen on this earth? 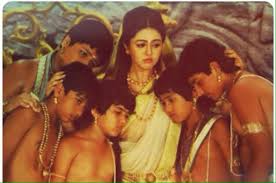 Pandu the so-called biological father of the five Pandavas was cursed by Kindama because Pandu mistook Rishi Kindama while he was making love with his wife as deer and shoot them. The curse was that whenever he will approach his wives with the intent of making love, he would die. Can this really happen? The actual fact was Pandu was not capable of being a father since his birth. Then who were the actual fathers of the five Pandavas?

Yudhirshthir , the eldest brother of the Pandavas  is regarded as Dharma Putra or the son of justice. As said, Kunti, the first wife of Pandu was blessed by Sage Durvasa that she can bear child of anyone she wishes. She wanted a son from ‘Yama’, the God of justice and then Yudhirsthir was born. Isn’t it abstract?

Vidur , the eldest brother of Pandu did not marry. He was a noble man and was not partial to anyone. Krishna respected Vidura for his devotion to people’s welfare, and his proficiency in every sphere of knowledge. In other words he was a man of justice. As Pandu could not make love to his wife then who fulfilled her physical needs? Kunti made love with Vidur and Yudhirsthir was born. According to Krishna, Vidura was considered as Dharmaraja,

Madri, the mother of Nakul and Sahadev was the second wife of Pandu. Its is also the matter of question who is the father of these twins? Nakul and Sahadev is said that they are born by the grace of Aswini, the doctor of heaven. But how can a woman hold a child in her womb of someone who is not the inhabitant of earth?

In the era of Mahabharata there was doctor who was so great that he was compared to Aswini. When Kunti became mother of five children, Madri was feeling inferior. In order to become mother and get a good social position she begged that doctor to be the father of her child. Nakul and Sahadev  are the sons of this doctor and hence they are often called Aswin Kumar Doye.

Karna was born of Kunti when she was unmarried.

At that time she was asked to serve Durvasa. All day and night she indulged herself in serving him. In the course of serving him she also had to fulfill his physical desire. Sage Durvasa was known for his powers of meditation. Often his power was compared to Sun. Hence people call Karna the son of Sun God.

The most unnatural thing that happened in Mahabharata was Gandhari carrying hundred and one children in her womb.

Even though Dhritarashtra  was blind he had the potential to attract women.

According to what is written in Mahabharata Veda Vyasa gets impressed with Gandhari’s devotion to her husband and gives her boon to have hundred sons. She gets pregnant but carries it for an unusually long period. Later she hears that Kunti  has given birth to Pandavas and in frustration she pounds on her stomach. Small grey mass comes out of her and Veda Vyasa divides it into 101 parts and keeps them in cool earthen pots to incubate. First Duryodhana comes out followed by 99 brothers and one sister, Dushala. Is it possible for a logical human mind to believe this?

Gandhari was actually the the biological mother of only three children. Duryodhana, Durshashan,the two brothers and Dushala, their only sister. Then from where did other 98 children come?

Dhritarashtra  being extremely good looking and manly, attracted many women. Many beautiful ladies of the town fell in love with him. The ladies adored to him and they desperately wanted to be the mother of his child. As Dhritarashtra was blind and he did not have any means of entertainment in his life those beautiful ladies were sent to him. Even Gandhari’s  friend who came to her from her hometown fell in love with this man. In this way hundred and one children were born of Dhritarashtra. Gandhari being really very kind accepted all of them as her own children. She never discriminated amongst them. And that is why it is said that Gandhari is said to be the mother of hundred sons and one daughter.

Then who is the father of Arjuna and Bheem?

It is said that Arjuna and Bheem was son of Indra and t Vayu respectively. But who was there actual father that was not know by anyone except Kunti. There was also some gossip that Vidura  was the father of all three children (Yudhirsthir, Bheem and Arjun)

Can you think of giving your property to someone who has no blood connection with you? Only few of us who are open minded can think of so. But during the time of Mahabharata the blood connection was everything. A person can have right on the property only if he is related with blood.

After reading the above context we can understand that, the five Pandavas were not related to them by blood. Then why would they give them the right over the property and the empire?

Though the Kaurav’s had thousands and more ills in them but they never ever ones spit out  that Pandavs were not from their family.  But they had a hidden anger within them. They took out the anger by playing dirty games with them. If one thinks from the perspective of Kaurav’s then they will understand what made them so brutal.

Is Yudhirsthir the real man of truth and is he fair in his actions?

If so.. Then why did he indulge himself in gambling? Even he involved Panchali , the wife of five Pandavas. If he had to involve, then he could have involved his own wife. But he didn’t. Was this an action of real man? 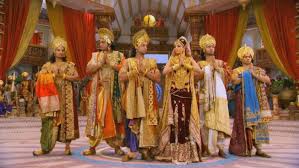 Aritraa Datta
Being a student of Communicative English I love to reach out to people with my own views and opinion of today's world.Travelling being my hobby I get to know about people's custom, culture, language, belief etc which give a clear image of the psychology of people throughout the world.