Being a writer is an achievement in itself.A writer is not only a thinker but also a magician.A magician of words.

Writers don’t need much, they only need a great platform to showcase their talent.Writers are the people who think differently who act differently who bring a change in life through their words and their feelings.

Writers are passionate for only one thing and that is writing.They write and write whether it is published or not.With the digitalisation entering our lives we can make the best use of our smartphones as far as writing is concerned

In this article we will give you the best writing apps to make a difference in the literary world.

It was founded in the year 2009 and was publicised an year after on 21 June 2010 by Adam D Angelo and Charlie Cheever.

It is a great website where you can make your account and join the community of writers where you can ask edit answer questions.Currently it is available in English French German Spanish and Italian languages.

It has number of topics which you can follow to read and write better.

You can write poetry on Three Minutes Story which is a blog on Quora where you can write and post your original poetry and read other’s work too.It is quite popular blog on Quora.It provides a great opportunity for writers who construct good sentences without any grammatical mistakes making your writings more genuine.

It was founded by Google on 23 August 1999.It is one of the best site to write anything you love ranging from fashion to bollywood.

It is a website where you can write anything you love.You can also add images to your writings according to the topic you are writing on.The best thing is that it is free, you just need to sign up with a valid email id.

It was founded in the year 2003 on 27 May by Matt Mullenweg and Mike Little.

As of February 2017 it was used by more than 27.5% of the top 10 million websites from all around the world.To use it you have to just sign up on their official website i.e. WordPress.org .You can also use it to promote your writings.It gives a shape to your literary work.

It makes your writings more appealing for your readers as it has a number of themes to choose from.It organizes your writings in a chronological order from latest to the last written.It is a well built website where you can follow other writer’s too.

It is a must have app to give wings to your writings.It is an app that makes you write.You can post your own quotes and writings on beautiful background wallpapers making your writings more beautiful.

You can share your work on Facebook ,WhatsApp messenger and Instagram.It is a great platform for writers who want to say their mind in few words.You just need to download their app which is easily available on Google Play store.

After downloading the app you just have to sign up with a working email id .It is one of the best writing app which allow its users to buy posters too of your writings.It is rs200 per quote.It is a must have app if you love writing.It is available in a number of languages English, Hindi, Urdu ,Punjabi ,Gujarati.

It’s mission is to create the greatest repository of original thought by making writers feel comfortable penning on their smart phones.It also allows you to save your writings in your phone’s gallery for future reference. yourquote.in is their official website with an official page  on Facebook and Instagram.

It is the best app to give a shape to your writings .It allows it’s users to write their original thoughts on a number of topics

Here writers can write their heart out on different beautiful wallpapers depending upon the topic the writer is writing on.It allows it’s writers to save their work in their smartphones , to self promote their work by sharing on social sites according to their preferences and likes.

You just need to download the app from Google play store to  sign up.It is a great way of expressing your feelings your thoughts in a nice way.

It was founded by Allen Lau and Ivan Yuan in the year 2006 in December.It’s headquarters is in Toronto in Canada and is owned by WP Technologies Inc.It can be used either using web or on it’s mobile app.It allows it’s readers and writers to read a number of books written by others and also provides a great platform where writers can write their own work in any genres fiction or nonfiction in different categories ranging from romance to thriller.

It provides it’s users to edit their own work also to suggest their fellow members .It is a reading as well as writing site provided all over the world.

To make an account on wattpad is easy and free.The writers can choose their book cover page themselves.It is a self publishing and self promoting site for your awesome work.Users are able to like and comment on stories written by others.Users can also join groups associated with the website for free.

It was founded by David Karp in the year 2007 on 19 February.It has its headquarters in New York City.

Asof August 2017 it hosts over 359 million blogs written by writers from around the world coming from different cultures and backgrounds yet uniting together in one community of writers.

It is quite easy to use and writers can also make their blogs private.They can follow and be followed by other bloggers too.The best thing is that it can be downloaded free of cost from Playstore and is one of the best social networking websites.

It’s dashboard is unique in its own way as whenever users visit it’s login/sign up page a different background image is displayed each time the page is loaded.It’s official website is www.tumblr.com and as of January 2016 it was visited by 555 million people monthly.

It is a must have for your smartphone to make you smarter in writing.It keeps your writings organised in a better way.It lets you have an organised calendar for your writings.

It’s an built app whose features makes it different and unique from other apps.It has a number of features but out of all it’s features the best ones are grammar and spelling check with other features making it a must have app for every writer to unveil the writer in you.

It is a great app which brings out the best in you and it automatically counts the words written by you.You should definitely have this app installed in your smartphone.

It is a great app which allows it’s users to write in a better way.It is one of the best apps as of now.It is a nicely built up for Writers.

It makes their writings more appealing for it’s readers and the writers at the same time making it a nice experience for its users with its amazing features in it enabling them to write differently keeping their originality and the purity alive Hence making their creativity wonderful.

We hope this article of ours will help you in writing better .Happy Writing. 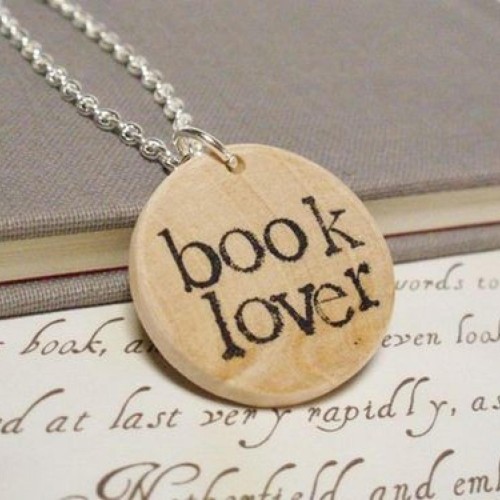