The end of PUBG Mobile?

Imagine running around an island, guns blazing. You get to chase and hunt down people with a plethora of weapons. And after high octane road rages with vehicles spanning from a Car or Bike to a UAV, your goal seems to be to survive. Should you manage to outsmart everyone else on the island, you get to have chicken for dinner. Yeah, that’s not a brief of a weird dream or the plot of Tournament 2. As absurd as that intro sounds, PUBG Mobile is very real. At least it was 36 hours ago. Apparently, the Indian govt. is considering if and when to ban this immensely popular battle royale among other things.

PUBG Mobile was released for Mobile platforms on February 9th 2018. The initial release comprised of two separate versions by two of Tencent’s internal studios. The LightSpeed and Quantum version of the game comprised of vanilla elements and mechanics of the game.  This is the most widely popular PUBG Mobile. The Timi version, however, was titled: ‘PUBG Army Attack’ and took a more arcadey approach to the game mechanics. This version was later discontinued while the former went on to thrive. All until the godforsaken Chinese infiltration.

Indian government declared an all-out war on China after having discovered privacy issues on 59 Chinese apps, TikTok, Camscanner and Xender being some of them. This was later followed by a ban on 47 clones of the said apps. And it is now planning on banning another 275 applications. PUBG could probably make the list. There is a very big chance this decision could go sideways as the game has its root set deep inside the Indian population.

Back in June, the Chinese army had been spotted infiltrating India which eventually lead to the relationship between the countries becoming a bit bitter. India soon responded with increase military patrols and forces. Turns out, it never stopped there. The country adopted a ban Chinese products movement to ensure trade routes to China be cut off from India and disrupt the income that flowed in. Phase 1 of this ban took place with the ban of 59 Chinese apps. This included many widely used ones like TikTok, UC Browser, Xender, Shareit, etc. Later on, 47 new clone apps of the original 59 apps were also banned. The latest sources go on to say that another set of 275 Chinese apps could also be banned. It is possible PUBG Mobile is one of them.

PUBG Mobile is quite a famous game with about 33 Million active users in India. While microtransactions are loot boxes are a big source of income, it is doubtable if banning such a game affect a studio as big as Tencent. While the chances of PUBG being wiped are very real, here are some good alternatives:

Epic Games’ Fortnite brings a cartoony dash to the Battle Royale genre. Having gorgeous graphics and being the perfect port of the PC version, Fortnite is a really enjoyable game. While certain aspects of the game do appear silly, be it the resource management, the goofy weapons, the over the top cartoony art style, the game, in general, is quite fun. The main goal of a player is of course to survive. But being able to build towering buildings and destroy just about anything gives a sense of originality and freshness to Fortnite. This is something most Battle Royales fail to deliver.

Developed by TIMI studios and distributed by Activision and Garena, COD Mobile brings the whole COD experience to a handheld. While it does not have a campaign mode or a single-player story, the Battle Royale and TDM modes of the game more than makes up for this. Players do get to choose from multiple class types, each with their own arsenal of weapons and advantages. The main goal here is again, to survive. What makes it special is how it makes use of Helicopters and Quad-Bikes to give an exhilarating experience.

Garena’s free fire, to be completely honest, is yet another PUBG clone. Though the game started off a bit early, it expanded upon and used several of the features and mechanics PUBG did. It did pay off somehow, given how huge following it has. While some aspects of the game, like the water design, etc looks generally better than PUBG, the game is, sadly yet another Battle Royale game that tried nothing inventive.

This is probably the first Battle Royale game to arrive on a mobile device. While the mechanics and level design of the game are still pretty primitive, the game does deliver a full Battle Royale experience. Developed by Netease, who apparently compete with Tencent in almost everything, Rules of Survival did get the short end of the stick despite being the early bird. The game never got any more realistic than when it was originally released. Instead, the devs decided it was a good idea to riddle the players with microtransactions. This backfired big time. Over time, even though the game introduced new vehicles and mechanics, the lost faith couldn’t be retrieved as easily.

Snail is yet another big player in the mobile game market. However, Survival heroes is quite different from the other games of the genre. It really tried something new with the gameplay mechanics and the game in general. Players are greeted by a top corner camera, yes, the MOBA camera if I may. And that is all it is, at the end of the day. A MOBA battle royale game that does a really good job at delivering what’s promised.

While Netease tried a PUBG port to the mobile market with ROS, Creative destruction is but a Fortnite clone. Call it what you may, but the game is basically a rip-off of Fortnite. A dialled-down version of the game that can be run on devices that Fortnite’s picky playability system abandoned.

Remember when Palladins decided Battle Royale was the future and release a game called Realm Royale in 2019? Yeah, the original Realm Royale may be dead or forgotten but Netease sure gets an A with Ride out Heroes. It is a medieval crossed with futuristic weapons themed battle royale. It is quite a fun enjoyable experience with per class skills and self reviving KOs. Overall, a pretty fun game.

Now, there are several other games that could make the list. Some Notable titles being: Cyber Hunter, Knives Out, CrossFire – Legends, Super Mecha Champions.

Several gamers did take it out on the govt.’s decision displaying distaste and outrages all over twitter. Players even went as far as conducting a March through a map in PUBG to unite and protest against the said decision. While ‘An eye for an eye’ is the way to live by, this is not really the case with a game like PUBG. It’s kill or be killed. Now, what’s left to be found is if the players will really retain their weapons. Fingers crossed. 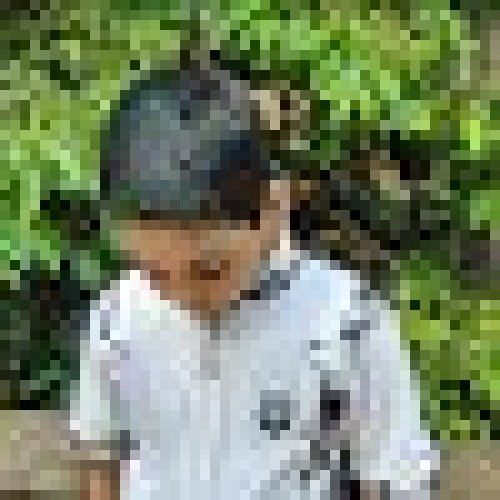