THE PERFECT BRIDE PART I

After answering her last question to the reporter, she took a deep breath. Her face flushed red and her heart was still beating fast. She was numb with fear as the crowd around was silent as the grave. Her five year old daughter noticed her mother’s face covered with beads of sweat. She clenched her mom’s fingers with all her strength as if they were one.

Gauri was the girl of every boy’s dream. Her jet black silky hair covered the mole on her waist. Her sharp features complimented her hazel skin which was as tender as the skin of a baby. While she saw the world from a height of 5″ 5, people admired her from miles. Gauri loved wearing a red bindi in between her crescent lush eyebrows. Her deer like eyes sparkled like stars. Even a gunny bag could accentuate her curves. Gauri’s parents had always taken care of her beauty so that she could get the perfect groom but Gauri was way beyond this. The only thing that ever attracted her was her medical books. She was the student of the best medical college of her state. While she continued topping exams, her mom kept filtering eligible bachelors for her. Her mailbox was full of proposals from various matrimonial sites. After her dad published her profile in the matrimonial columns of the daily, the phone never stopped ringing.

Finally after searching the perfect groom for years they found the trophy boy for their girl. His impeccable résumé that had bagged him a plump job in a Silicon Valley company also worked wonders for her parents. Without even caring for Gauri’s consent, they arranged a meeting with his family. After all they did not want the best fish to slip away from their hands.

When she returned home that evening, Gauri’s mom broke the news to her that next day she had to skip college. A boy would come to see her. She tried to negate but failed as her mom’s dream of seeing her in a bridal dress and mangalsutra was more important than her dream of wearing an apron and a stethoscope. 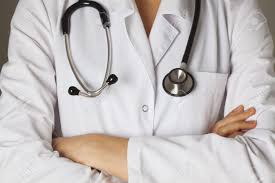 Her mom purchased a dhakai jamdani from the best shop in town. She bought sweets which her family could not afford on daily basis. Her mom had visited the bank locker so that she could take out some gold jewellery which would match with Gauri’s sari. Though she did not need anything to make her beautiful but it was a way of showing how lucrative the marriage was for the boy’s family.

Gauri’s family welcomed the “perfect groom”. Her mom made him sit on the sofa which was dusted several times before they entered the house. They made sure, the room looked picturesque. Her mom cleaned every show piece, swiped the floor, cleared the cobwebs and cooked palatable food. The groom’s family scanned the room and exchanged looks among themselves. Gauri’s mom called her to come down and the beautiful lady descended the stairs. Unlike other brides her head was held high, her face brimmed with confidence. She sat on the seat next to her father and introduced herself. Her mom was red with rage for Gauri’s upfront nature. She had signaled her to put her head down but she did not.

The Maheshwari family had interrogated her about her future plans to which she replied that she will continue with post graduation after getting married. His family looked at her contemptuously. Gauri and Rishav were sent to her room to talk privately for few minutes. The door was kept ajar so that her mom could eavesdrop.

Gauri’s room was adorned with medals and certificates. Beside her bed was a bookshelf which had books written by authors all across the globe. The 6″2 tall boy brushed his hand against the books and asked Gauri, “Did you read all of them?”, “Most of them but I will finish reading them all after I am done with my internship. “, said she. The conversation continued on books they read, authors they liked, movies they watched etc. While Gauri continued stating her points, Rishav’s eyes followed her fidgety hands, her eyes which brightened up while speaking about Tagore, curls of her hair that started from her shoulder and her dimple which became visible when she smiled. When Gauri caught his wandering eyes, he looked away. Rishav was way too bewitched by her beauty; he had made up his mind to marry her. He was indifferent about her likes, dislikes and interests. He just wanted to bring the prettiest bride home.

After fifteen minutes and more, they left the room. The family sat for lunch and Gauri and her mom served the food. Her mom sang praises how well Gauri cooked food and how they will miss her when she gets married. The dining table discussion ranged from their wedding plans to their childhood stories. The plates were soon empty and they decided to leave. They assured them that they will inform their decision over the phone.

After they left, Gauri’s mom stormed her with questions. She was really confused because the meeting was too short for her to jump into a conclusion but her mom kept mind washing her. She emotionally blackmailed her by reminding her of their struggle and financial status. She approved out of pressure and they got a confirmation call from the perfect groom.

The wedding preparations started, the priest suggested them a date after two months which they approved. After a tiring day in ward, Gauri had to help her mom in the wedding preparations. Her mom broke all the FDs and sold some land to make the wedding pompous and grand. Gauri had to abide by her mother’s order of working out and visiting the parlor daily. She was taken in shops to buy dresses and jewellery. She had to attend number of congratulatory calls from people who never bothered her when she cracked the medical exams. Her dad arranged the wedding hall and caterers. They invited all the people their brain cells could remember.

Meanwhile the bride and groom exchanged messages on various social media sites. Rishav pretended all these two months to reduce the factors of jeopardizing his marriage with her. He sounded like those ideal romantic prince charming every girl dreamt of. Gauri on the other hand made sure that he is aware of all his weakness and strengths. To her marriage was being one from two.

Finally the most awaited day arrived. Gauri wore a red lehenga which had floral design all across them. The bottom was studded with stones. Gold necklaces encircled her neck, heavy earrings hanged from her earlobes. The bangles on her hand covered the mehendi on her wrist. Her long hair was neatly tied in a bun. She sat along with the groom in brown sherwani on two gigantic couches which had designs on them.
The wedding hall was buzzing with people. It had lights twinkling in every corner. All the guests were busy talking, eating, dancing, singing and enjoying. They appeared happier than the bride and groom. Occasionally few guests visited the Gauri and Rishav, they teased them and clicked photographs with them. Both of them were surrounded by gifts and flowers gifted by people.

This continued for few hours and then the bride and groom were called to tie the knot. The priests performed the rituals. People crowded the place. Gauri was made to recite mantras and take the saath pheras. Finally Rishav filled the parting of her hair with vermillion. From the crowd her paternal aunt whispered, “The girl is no longer a member of our family.”