Like most of the couples, Gauri and Rishav had a fairytale honeymoon. They had traveled the length and breadth of Switzerland. They came back with bags full of gifts, cameras full of snaps and mind full of memories.She was leading a happy married life. She loved how Rishav surprised her now and then, how their conversations ended with kisses and how Sundays were reserved for their dinner dates but she had forgotten good things don’t last forever.

Two months had passed since her big fat wedding, yet she loved getting ready like any other newly married bride. She decided to take attachment with few hospitals and become financially independent so that she could fund her post graduation. She wore hand full of bangles, saree that her sister in law had gifted her and earrings that were studded with diamonds. She preferred wearing dusted vermilion over the liquid ones that were available in the market. Rishav wondered why she was getting ready.

He enquired her where she was going while he buttoned his shirt. She told him that she will start working too. Rishav got infuriated at her idea and refused bluntly. She was appalled at his behavior. She asked why to which he did not respond. As Gauri found his behavior immature, she applied in few hospitals after he left for office. She came back drenched in sweat, her hair dishelved and her bag slipping from shoulder. To her utter surprise, Rishav was back, she knocked at the door but Rishav did not open . She thought he was asleep and called him, he cut the call immediately. Gauri waited at the door for hours, occasionally banging the door. She called her neighbor as she got scared. Her neighbor called Rishav and he finally opened the door.

Gauri thanked her neighbor and let him go. She entered and hugged Rishav and expressed how scared she got. He pushed her with all his force and she fell on the floor while he walked away to his room and closed the door. Gauri was taken aback, she kept banging his door, asking the reason why he got so angry. He did not care to respond. Somewhere deep down, Rishav’s ego was hurt. He could not accept Gauri disobeying her. Gauri sat by the door the entire night weeping copiously.

In the morning, Rishav found Gauri cooking in the kitchen. As soon as he opened the door, she rushed towards him begging for forgiveness . Rishav kept mum and got ready for office. Gauri saw the milk was about to boil over so she went inside the kitchen. Her cellphone rang. The call was from an unknown number. She picked it up and realized it was from the City Hospital. They had agreed to appoint her. Rishav snatched the phone from her hand and told the person on the other side that his wife was not interested.

This time, Gauri got angry and shouted at Rishav for behaving this way but only Gauri’s voice was echoing in the room. Rishav left for office leaving behind Gauri’s questions unanswered. Gauri headed towards the city hospital and apologized to them. She joined the hospital that very day. She was working under a senior doctor. That day a little five year old had visited her for regular check up. In his little hands, he had a bunch of flowers which he picked up from his garden. While leaving he gifted one of the flowers to Gauri. Gauri tugged the flower in her bun. She left the office but got stuck in the middle of a huge jam. She reached home three hours late and Rishav was already home. Unlike the last time, Rishav opened the door after one knock. She entered the room but Rishav grabbed her hair and dragged her towards the bedroom. The flower fell down from her hair on the floor. Gauri shrieked out of pain but he picked her up and threw her on the bed, undressing her. Gauri resisted but all her trials were in vain. 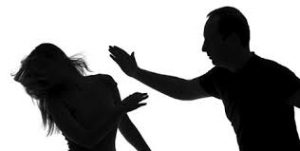 Next day, she woke up, sore and hurt, stripped of her dignity and soul.One fateful night crushed all her fascinations of being a bride under the paws of an animal who her parents had blindly mistaken to b the poster boy for perfection.

After Rishav left, Gauri called her mom and narrated the night’s events. Her mom exclaimed that this is a woman’s fate and she has to learn to adjust. She was instructed to leave the job and live as a housewife. Gauri could see the word ‘MRS’ overshadowing the doctor in front of her name but this was a sacrifice she was not ready to make. She draped her wounded soul and body in a blue saree and left for the hospital.

Gauri’s perseverance enraged Rishav. The war was no longer between him and her but it was a war between ego and self-respect. Rishav locked Gauri in a room and broke her phone. Gauri shouted at the top of her voice so that someone would come to the rescue but her voice was too feeble in comparison to the big mansion she was imprisoned in.

After few days Gauri’s parents reached her house when they could not reach her over the phone. Now Rishav was between the devil and the deep sea, he was left with no option. He allowed Gauri to meet her parents but warned her to keep her mouth shut but Gauri cried her eyes out and disclosed how she was tormented. Her parents decided to take her home along with them.

Rishav reached home and found the house empty. Gauri’s parents called him up and asked for a divorce. He refused and demanded Gauri back. Without a second thought, they sued him for domestic violence and marital rape. Meanwhile, Gauri got pregnant. Now Rishav and his family wanted the custody of their child but after fighting for three long years, Gauri finally got a divorce. 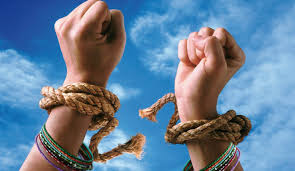 But there was no looking back after that. She was raising her daughter Aditri. She had joined several NGOs and fought for women who were the victim of domestic violence. She had completed her post graduation and was the senior doctor of one of the best Hospitals in the country.

She delved into research and was a part of finding a cure for a difficult disease. She was called for an interview by a news channel. She took Aditri along with her. The interview consisted of questions on her research work and NGO.Gauri was calm until the interviewer asked her, “Don’t you think your life is incomplete without a husband?” To her, this question was a disgrace not only to her but all the woman in the world.

“I was a victim of domestic violence. I was barred from following my dreams. At that time I had two options, either to give up my dreams and settle down as a housewife or live my dreams all alone. I chose the second. I found no point in sharing the bed with a person who had started treating me as a slave. His degrees were just letters. He was blind to my pain, my wounds, and my sufferings. I did not need such a man in my life. We marry so that we have a company and not a master. I am a proud single mother. I have no regrets for leaving that beast behind. If he had been a part of my life, my journey would have had loopholes and that wouldn’t have made my life complete.”, answered she. 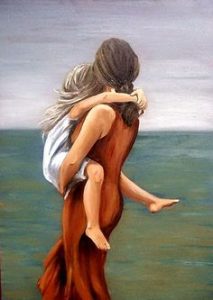 The crowd around grew silent. Gauri got scared because she thought she revealed way too much about her personal life. She wished she could retract her words but after few seconds when the silent crowd praised her spirit with an applause her regret vanished in thin air. Somewhere within she knew she had encouraged another Gauri to pack her bags and pursue her dream.