Nusrat- Story of a Free-spirit

With one hand on her chin and the other resting on her lap, she listened so carefully to the man describing his problems. He said, “My wife left me for something I never did, I always took care of my children, I even got her everything she wanted but she still left me. How could she do that to me”? He kept talking about his problems and she kept listening eagerly. After the man had stopped crying, she consoled him and offered him a tissue. She said, “Everything will be fine”.

Nusrat Ali Khan. That was the name written on the board which was placed very tidily on her desk, along with every other property of hers. The colleague had just left her desk after an hour of crying and complaining about his life, that had not been going well. Nusrat was a middle-aged, Muslim women. She had been working for the power department for more than 2 months now. She wore a headscarf which would cover most of her forehead. Nusrat had a slim body except for her eyes. Her eyes were always swollen but nobody ever thought she cried, not because she was a soul that laughed all the time, but no one ever really thought she had something to cry about, that is what her face suggested. That’s why everyone came to talk about their problems to Nusrat. That’s human nature. We talk about sadness to a person who never seems sad. Her colleagues didn’t really know her as much as she knew everyone. When she was asked about why she hadn’t married she had just looked away and said nothing.People just thought she was a secretive person, but never hesitated to share their secrets with her because she was trustworthy.

She was wearing a yellow colored salwar kameez with a white border. She never wore jewelry, except for the one ring on her little finger. One of Nusrat’s colleague who was very senior, came up to her and asked, “Don’t you ever get tired of hearing all those sad stories? You shouldn’t be listening to these sad people dear. You don’t want all that negativity in your life, you do have a long way to go.“ Nusrat smiled very gently and hummed in agreement, in a very soft voice. The senior woman had gone back to her desk but her words remained on Nusrat’s mind. The words echoed in her ear “You have a long way to go” and on her leather chair, everything flashed inside her mind.

She had been standing in the kitchen when she got the call from her husband. When she picked it up, she heard a voice that was unknown to her.
“Who am I speaking to ?” the voice asked. “Who are you ?” replied Nusrat in a surprised tone. “I am Ahmed. I have this phone from a man who had just been in an accident. He was taken to the hospital. Can I know who I am speaking to?” said the voice.

When she reached the hospital she already knew everything because she had felt something painful in her heart, and when lovers have pain in their hearts, the pain is never wrong. He had died on spot, and she had lost him.

She was a widow now and she lived with a big family of her husband’s. Her mother in law was a beautiful lady and she also happened to be Nusrat’s mother’s sister. She had married her cousin whom she had fallen in love with. Luckily her family had shown her mercy for falling in love because the boy was from their religion and from their own family as well. The old woman loved her niece-cum-daughter-in-law dearly and she had supported her when they found out her two children had cancer. The elder one was 9 years old and the younger one was soon to be 6. Both Nusrat’s daughters were being treated and she was always on the side of their beds, holding their hands. On the day before her death, her youngest daughter had given her a small ring for safe keeping. She said, ” Mama, it’s too loose on my finger now, keep it on yours till I get fat again”. So she wore it on her little finger.

Nusrat kept praying to God, praying that she would be able to keep them. Somehow her prayers never flew out of the hospital roof and she lost them.

Her father in law was a man of his pride and ego. After the death of his wife he had been getting irritated with everything around the house and when someone from inside the family had told him that his youngest daughter in law has been roaming in the cities of Srinagar with some unfamiliar man, it was just an icing on the cake for his temper. He couldn’t afford a woman with such a character, fooling around and spoiling his name in the streets. After all, he was the man who followed religion. The good wishes of the family had even told him that taking the kids to the hospital was just an excuse for Nusrat to meet her new “lover boy”. Oh! How she had begged and how he had dragged her out of the house. ” You stay out of my sight you characterless soul. You ate my grandchildren, you ate my son. I won’t let you spoil my name too” he said, each word was accompanied with a blow. “Where will I live? You are my family!” she cried. And she had lost them too.

After the rumor spread like any other rumor in a small city, her parents disowned her. It’s almost funny the way people let go of hands when they feel the dirt on it. Nusrat rented an apartment and never left it for almost a year. Nusrat hadn’t eaten for a whole week. She survived on the nails of her fingers and toes which sounds gross but ask a person with a broken heart he’ll tell you how it fills up a stomach. She sat on the bed and never slept on it. When there were no more nails to chew on, she pulled her hair. One by One. One by one, she pulled every strand of her hair. Some she kept for her daughters and some for her husband. She pulled her hair until she had none left.  One day she woke up and saw her baldness in the mirror and I am not talking about her head, but her soul. She knew she had gone bald inside. Her eyes were swollen and never got back their own shape. the little ring on her finger had found a permanent place and she never took it off.

Nusrat got a job after a year of mourning in the apartment. It was time for her to mourn in public. She got a job and hundreds of scarves in bright colors. While the words of her colleague echoed in her ear, all this flashed inside her brain. She smiled and whispered to herself.
“Everything will be fine.” 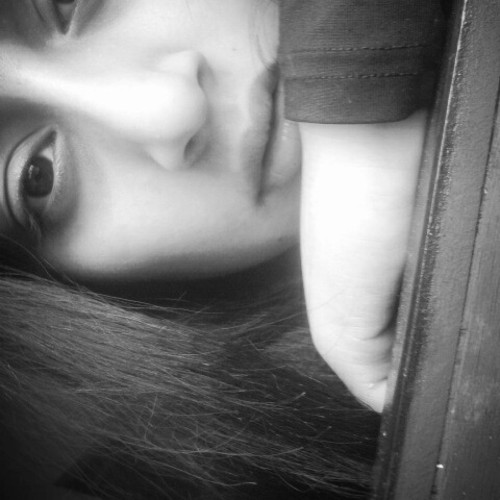 Babra Shafiqi
Studying in DPS Srinagar. Love to read, write and bask in the glory of Paradise on earth. I pour my soul out on paper. Nothing stimulates me more than intelligence, kindness and compassion. Hopelessly romantic (sometimes) solid listener (most times).