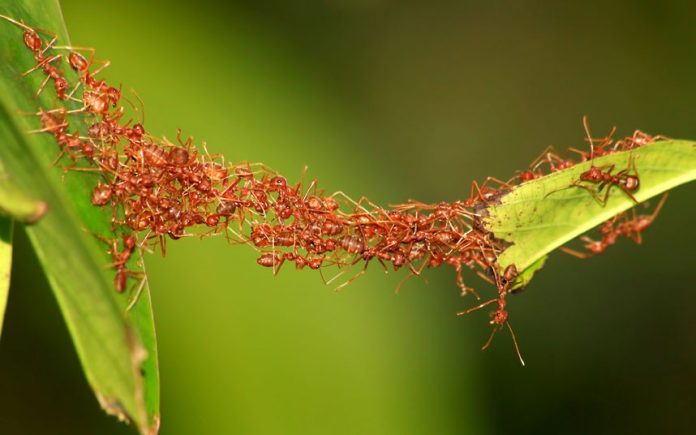 One evening I come across a train of ants, though little bit of light was still there, I can see what racket those ants were creating. Smiling yet focused with superb coordination, unity and determination, on the face of adversity, those mighty ants were just trying to get hold of what little left of their most priceless treasure-home awash by rain water.

Bit-by-bit, ants constructed a raft made up of ants itself just to safely pass over their most priceless treasure-their present(colony/queen/food) & future(baby ants) to safer plains.

While passing over to safer plains, lot of ants martyred themselves to the cause. They didn’t run away or abandon the colony or queen or food but stood by them & face the adversity until they reached the safer plains. 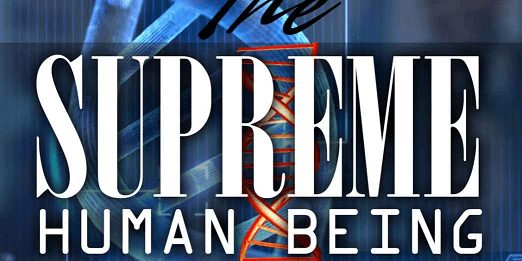 We human beings too took billions of years to evolve to become what we are now. We learnt to use or acquire workmanship dating back from Stone Age to current period. Until now, we have had done outstanding progress & outmatch the other species. But now the times have changed, human beings are heading towards its own destruction while the other species is acknowledging or evolving themselves with the force of nature. Our species is raging war against oneself which would sooner or later make us extinct from the face of the Earth.

So, million dollar question is what went wrong? The answer lies within us – our nature, being supreme to all other. We can’t stand other being strong or powerful than one. To bring one down, we would not even mind to indulge oneself into deceitful or unworthy act(s).

It’s a well-known fact, that all species share common abilities, be it love or hatred or fight or sharing or strength or care etc. Even our mighty ants do fight but after a while they come back together, embrace themselves, and not go on hating each other. We as humans, are losing values day-by-day.

Let’s just not insult or waste the effort/time etc., taken by the nature to make us what we are now. We should take a leaf out of the mighty ant’s life as how they stood by their colony or family (in our case, it would be our family/nation/earth) while fighting away adversary. We too should not give up on our family/nation/earth etc., otherwise we won’t be left of any safer place. We would dissolve from the very face of our planet.

Listen humans, Stand up, Gear up your bearings, Breathe with clear mind & pure heart, take an Oath to guard your ultimate treasure- that would be YOU, making Earth a safer & happy place to live & let live in

Celebration of events during lockdown