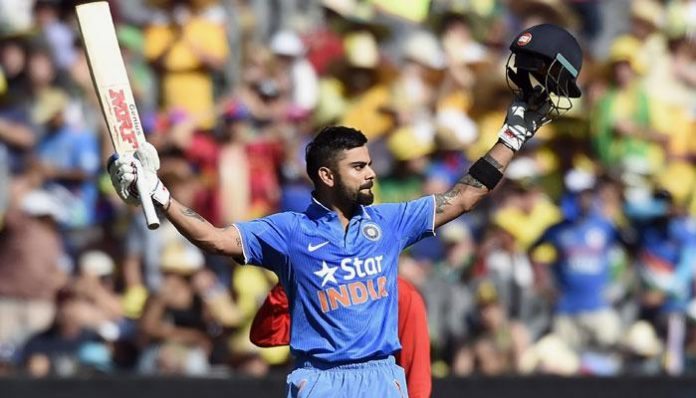 Indian cricket team have many good players who elevated the sport to a new heights, Virat Kohli is among one of them. Virat kohli is the Indian International Cricketer, who was recently captaining the Indian team in test cricket matches and is its vice-captain in limited hour formats. So, let’s have a look at some interesting facts about India’s current vice-captain Virat Kohli:

Virat’s nickname is ‘Chikku’. Delhi State Coach Ajit Chaudhary gave him this name and all the Indian teammates call him by this name!

He began his training in cricket in 1998 at West Cricket Academy in Delhi.

He started his career on a sadistic note, as his passed away during his Ranji Trophy debut game where he represented Delhi against Karnataka. Kohli went on to score an astounding 90 runs for his team.

Kohli is the third Indian batsman after Sachin Tendulkar and Suresh Raina to score two centuries before turning 22.

Virat Kohli was named as one of the best dressed International men in a list that included US President Brack Obama in 2012.

Virat loves getting tattos. He has four of them and his favourite tattoo is one sporting samurai warrior.

Virat Kohli is often rated as one of the best batsmen in the world. In 2016, he was ranked eighth in ESPN’s list of world famous athletes.

He is the best batsman in the world who has universally-loved attitude, the technique, the looks, the happy-go-lucky cricket icons, the floridness and much more.