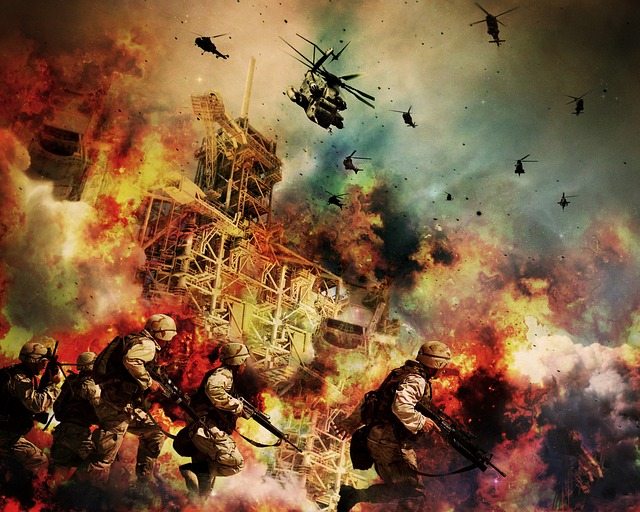 Abu (Dad) was a hero. Not just for me but for the nation as well. Yes! He was an army man.  Major General Nazreem Taufiq- one of the highest-ranked army officials of his time. . I can’t say I spent the most of my time with him because he was home only for two or three months a year. But whenever I did, I had a lot to take back and cherish. One thing that I admire the most in Abu was the way he prayed. He will just transform into a whole new being in the process. One could easily sense that by just looking at his face. It had a distinct, gentle smile. He’ll forget everything around him and feel God. I always tried to pray the way he did. Ammi (Mom), Abu and I lived at Dras in Ladakh in a small, beautiful house that eventually widened and honed its beauty. 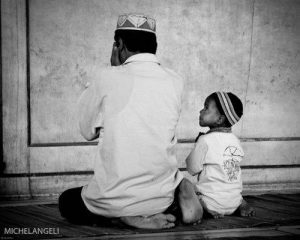 June 9th 1999 is a date I cannot forget ever in my life. I was in my new fourth grade classroom. It was the opening day of that academic year. I felt so happy knowing that my best friend, Adithya, was also in the same class. We were sitting next to each other and talking about the new video game in the market. New class, new friends, new books, bags and pencils. No wonder all of us were so excited. The class was about to start in a few minutes and went to wash up. I rushed outside the washroom, thrilled by a booming sound to have the shock of my life that left me hemaphobic and even ballistophobic, one could say – a bomb blast. Fortunately or unfortunately, the restrooms were constructed in the extreme end of each floor to ease access from all directions and that, left me and a few others without/with very less injuries.

It was a rather hideous and awful scene to look at. One thing that I was able to see everywhere was blood. My friends who were talking and playing with each other moments ago, happily full of life, were almost dead and gone. Many of them had injuries that couldn’t be cured in a lifetime. They would all be bed-ridden forever. I could see people in immense pain and was still helpless. I could do nothing. Tears were being pelted out of my eyes, uncontrollably. I stood there statically, crying, not knowing what I was supposed to do until someone came and took me away. I wasn’t even old enough to understand what had actually happened and why. 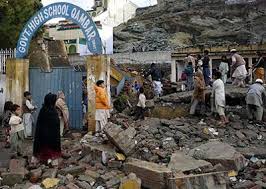 I was unbelievably chanced upon the event. I’d get up in the middle of the night and tears wouldn’t stop pouring out of my eyes. That bloody and awful scene. Over and over again. I’d sit on Ammi’s lap, hug her and sleep. The safest and warmest place was also unable to console me. The terror haunted me, every night, every time I saw a drop of blood or heard a resonant sound. Even the sound made by Ammi’s cooker scared me to bits, I’d secretly walk away to hide. The only thing that made me better was Abu and looking at him pray. He’d come home to check if I was feeling any better. He used to take me to masjid and the garden everyday. I wasn’t over it but I sure got better. That was when Abu and I got to spend most of our time together. I admired him like never. That was the best memory of the time I had with him.

A few days passed and everything was supposedly back to square one in Dras. I was admitted to another school and things seemed normal to everyone. But only I know that nothing was fine for me. Days, months and even (more than) a decade had passed and I am still not out of the incident and the terror that it had infiltrated in me.

2nd January 2016. Pathankot attacks. Much later than expected by many, abu was shot dead by the opposite forces at Pathankot. Three shots. One each on his forehead, throat and chest. Clearly well-aimed shots. An army job had always been a savage. His corpse arrived the next day. According to the Kübler Ross model, when someone really close to you dies, there are five stages of feeling the grief- denial, anger, bargaining, depression and acceptance. I could barely think of surpassing the first two stages. Ever.

Abu’s corpse was dressed in perfect uniform with all the medals he’d earned. One of the lieutenants had told us that, just before dying Abu had said “  If I die here, box me up and send me home.. pin my medals upon my chest and tell my family I’ve done my best” He sure is a man to look up to, ain’t he?

I was still in the first phase and never thought about an upgrade. A huge loss and an overwhelming grief. The cliché of this loss will never vanish. Ammi knew this will happen one day or the other but she sure was broken and dismayed. It levelled her to such a bad extent that she couldn’t even look at Abu’s corpse. She sat alone, in a corner, shedding tears silently. She was a very timid and composed woman. I’ve never seen her raise her voice against anyone. Not even when I did something wrong. I was shattered equally or even worse. But I had the responsibility to console Ammi, didn’t I ?

I was sitting with her all through the day, gawking at the coffin draped in tricolour. It was time for us to take away Abu’s corpse for the last rites. A few jawans draped Abu in a white cloth, took off his uniform and gave it to Ammi. I rose and Ammi  held my hand. She looked up, her eyes red, and overflowing with tears. “Join the army” she said in a shaky, yet a bold tone without even blinking. I didn’t know what to say. I was startled, stunned and God knows what not. I was 23 and just out college with a Masters in Philosophy after my B.sc in Psychology with big dreams to propagate peace, help people out of mental stress, depression, etc and all of a sudden my mother, whom I loved the most, asks me, a haemophobic and ballistophobic person, to leave all of this behind and become a soldier.

I had a lot of questions and a lot more thoughts inside my head. With a room full of army officers and jawans staring at me, I stood motionless. I had no might within to even respond to such a statement. I just left the place without saying anything at all to fulfil the rites. All the big shots, the home minister, etc had already left after paying their respect and placing wreaths that morning. Endless anguish of not having to be with Abu anymore and erratic thoughts about what I have to tell Ammi.

“ Major General Nazreem Taufiq amar rahe” “Bharat mata ki jai!” shouted his fellow men in the long procession. The funeral took place with full military honours. We reached the cremation ground. Six army men took the national flag off Abu, folded it and gave it to me. The Indian Army gave the customary gun salute. It was all over. Abu was gone. Forever. I couldn’t leave the place. I crashed on the ground right there. I couldn’t just let him go. An hour passed and was consoled to leave. 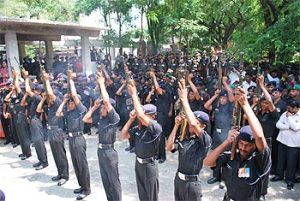 One was passing and another terror haunted me. Ammi wants me to join the army. She doesn’t know I am hemaphobic, How will I tell her that and make her understand? Neither was I ready to overcome my fear to join the army, nor was I okay with convincing Ammi. “What do I do now ?” I thought.