I am back with yet another piece of writing about that wet-nosed poodle you can’t imagine your life without. Well, I always have had this thought in mind that I would like to share today. Before that, I want you to close your eyes and think once, just once – do you see any person or an individual that have betrayed you or was unable to keep up to your expectations for them? That might not have been their fault but somewhere down the lane, you can’t just fathom a proper reason to their deeds or dones. You might have forgiven and forgotten but still, there stands a time, a minute, a second when you felt “what happens now, is not what I deserve!” I really don’t want to hurt anyone by saying whatever I did, but the truth lies in the fact, “Expectations hurt”. Though there isn’t a way you can escape it. It is there in you, in your blood, your veins and it runs through your body. 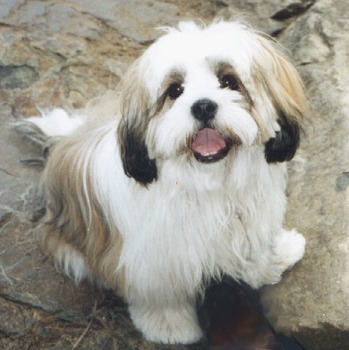 Then when you look at that four legged creature at looking up at you with all its life, do you still feel the pain? I bet you don’t! You won’t ’cause loyalty travels their blood. You just know, they will happily take over death for you, your safety. And that, my friend, is the very reason you will protect it with your own life. THAT is the kind of strength those glassy eyes have on you, I and everyone who feels the canine-breath.

Now imagine how would it have been if those same eyes are hooded with thick furs? Adorable, ain’t it? Yes! I am talking about the Lhasa Apso.

COME! LET’S KNOW THEM A BIT

The Lhasa Apso is one of the most wanted of all breeds. They are said to be one of the oldest of breeds that have ever walked the earth. Researchers traces back to the times of 4000 years from now when the oldest of the breed evolved. The name, “Lhasa Apso” comes from their syllabalic meaning – ‘Lhasa’ is the capital of Tibet, the original homeland of the dogs and ‘Apso’ means ‘bearded’ which makes Lhasa Apso to be the ‘long haired Tibetian dog’. They were used in the Buddhist monasteries as the watch dogs. The shrill voice of the Apsos is one of the many perks of them. It could prevent burglary or any such sort of minimalistic offemces in the monasteries. The Lhasas were regarded as precious possessions as it was so believed that the dead souls of the Dalai Lama rested in the body of the canines until they were reborn in the form of human.

These dogs are extremely friendly and playful. They are known for the immesnse amount of energy restored in their cells. They come from the ancient bloodline of alertness. Though they are pretty small and it wants is to be cuddles and pampered, Apsos also need a daily dose of exercise. Do not forget to take care of their coat which is very thick for they are double-coated. Though these dogs shed a lot less fur than the other breeds, they should be well taken care of. The fur needs special attention. Cleaning and combing is super important in case of Lhasa Apso.

TAKING CARE OF THE LHASA APSOS

They are also known to be a bit prone to disease like blindness which comes down with ages, sebaceous adenitis which is kind of hereditary skin disease and cherry eyes which is another eye disorder in an Apso – they are also applauded for their longevity and hardiness. Start training them early so that they are well in advance with the terms of the society in which they are supposed to live. If trained good, Lhasa Apso can be the darling of your eye.

Apsos are one of the personal favorites though. <3

Well then, I would like to take the opportunity to stop here.

I promise to be back with yet another piece for the kind of species I love.

Till then be good. Cuddle your wetty noses and keep spreading love. 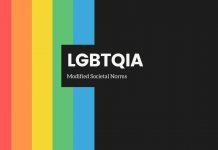 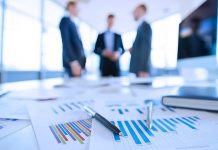 Types of Management in Corporate