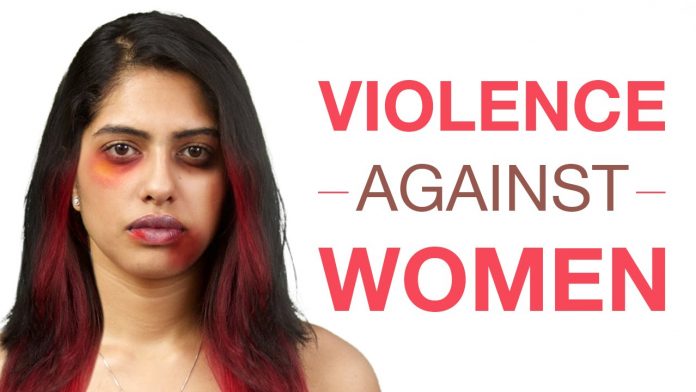 “….and then he hit me with all his might and I was terrified. But he apologized and I forgave him. He might have lost control on himself. I know he loves me and won’t do anything like this again”, said a girl I met two years ago.

”He did that again. He hit me again, and this time, with a belt. But he apologized again and I know he loves me and it was nothing but his anger which made him do so. And so I forgave him”, said the same girl two months ago.

“I’m gonna leave him. He hit me again. And I didn’t do anything wrong and he didn’t even apologize”, said she yesterday, tears streaming down her eyes.

This story is not confined to a single girl but to many other girls like the one mentioned here. There are so many cases of domestic cases yet there are so less complaints in the police station. Do you know why? Well! There are many reasons behind it. Some of them are:

Families can be real pressurizing at times when it comes to matters like these. The family members pressurize the girl to just sit back and watch the things as they are because otherwise their reputation will be at stake. They try to convince the girl of the fact that the husband has the right to treat his wife in whatever way he wants. Or they just threaten her in some way.

Due to the reasons mentioned above, women fail to file their complaints in the police station.

But let me tell you ladies, no man has the right to hit you even if he loves you. You are no puppet. You are human beings too. When he’ll hit you for the first time, he will apologize. He’ll apologize the next time too but if you keep on forgiving him, hitting you will become his habit and he won’t regret it anymore.

I know it is very difficult to go against someone you love. But you have to do that for your own sake and for their sake as well. And the women who stand up for them, they are commendable.

It takes every ounce of courage and strength to do something like that. But you need to do it because you deserve the right man for you. You don’t deserve a person who hits you and then isn’t even sorry for that. And he doesn’t deserve your love.

So all the ladies out there, raise your voices against domestic violence and take a stand for yourselves and your acquaintances.

Hope this article motivated you to stand for yourself.

Let me know in the comment section below if you think this was helpful. And ask questions, if any. All your questions will be answered. Thank you ☺