Black holes have been holding the fancy of scientists since the 18th century. It is one of the most interesting things we have come across in our universe. There are myths as well, about black holes. Black holes are a concentration of humongous mass in a small space. Thus, it is highly dense and has a very strong gravitational pull from which even light cannot escape.

There are some scientific terms related to black hole:

Black holes can come in a range of sizes, but there are three main types of black holes. The black hole’s mass and size determine what kind it is.

FORMATION: Primordial black holes are thought to have formed in the early universe, soon after the big bang.

FORMATION: Stellar black holes forms when the centre of a very massive star collapses in upon itself. This collapse also results in an exploding star(supernova), that blasts parts of the star into space.

THE FORMATION OF STELLAR BLACK HOLES

They are formed by death of a star. But not every dying star results in a black hole.
A star will become either a black dwarf, neutron star or black hole, depending on how massive it was.

For every star, a series of nuclear reactions occur in its core so as to balance its own gravitational force trying to squeeze it. The time till which it is successful in doing so, it remains stable.

But gravitational collapse occurs when star’s nuclear reactions don’t generate sufficient energy and pressure to resist its own gravitational force. As a result, it gets squeezed to a smaller size. But with decrease in size, the temperature of the core also increases and also the pressure. The core of the star consists of hydrogen in the very starting. Now, this hydrogen starts converting into helium. For some time, the energy and pressure generated through this reaction is able to resist further decrement but when all the hydrogen gets converted into helium, the cycle repeats. Again, the helium starts to convert into lithium. This conversion goes on till iron is formed. Since iron is more stable compared to its next element, its nuclear reaction is endothermic, and hence no energy/heat is generated, rather it is required to continue the process.

If the star is about the mass of our sun, its end state will be a white dwarf.  There’s no more fusion.  But it does not collapse further because of electron degeneracy pressure.

But if the star is more massive, it will continue to collapse beyond this state.  Its protons may capture its electrons producing neutrons and, in the process, emitting a lot of neutrinos in a supernova.  Now the star is denser and composed almost entirely of neutrons. This time held up by the neutron degeneracy pressure. Hence, it results in a neutron star.

If the star is even more massive.10-20 times more massive than the sun.  It will get to the white dwarf stage and keep collapsing.  It will become a neutron star and still it shrinks.  There’s nothing more to hold it up, so its density grows and grows, and eventually, it collapses to the point where all the mass of the star is contained within its event horizon radius, and it becomes a black hole. That’s how stellar mass black holes are created.

Fact: There strong pull is the result of their large mass itself compressed in a small space.

Fact: Black hole like any other body exerts a gravitational pull proportional to its size and mass. Aath of the body would remain unaffected if it is out of black hole’s event horizon.

Fact: Only stars 10-20 times bigger than our sun can result in black holes.

Fact: The existence of wormholes is yet not proved. Wormholes are said to be tunnels that connect distant parts of the universe. But if an object is sucked into a black hole by its extreme gravitational force it will not appear somewhere else in the universe.

Fact: The light produced or reflected by objects makes them visible. Since no light can escape from a black hole, we can’t see it. Rather, it is observed through the effect it has on its surroundings. 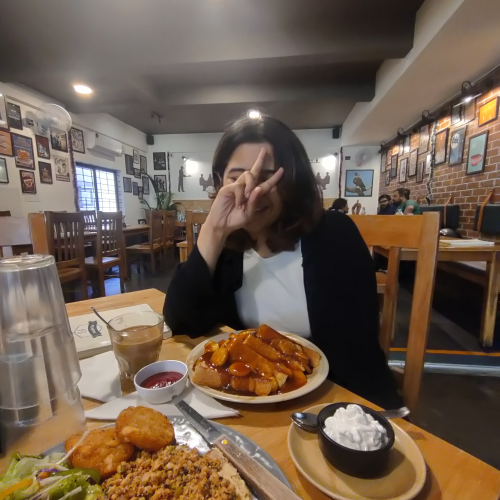