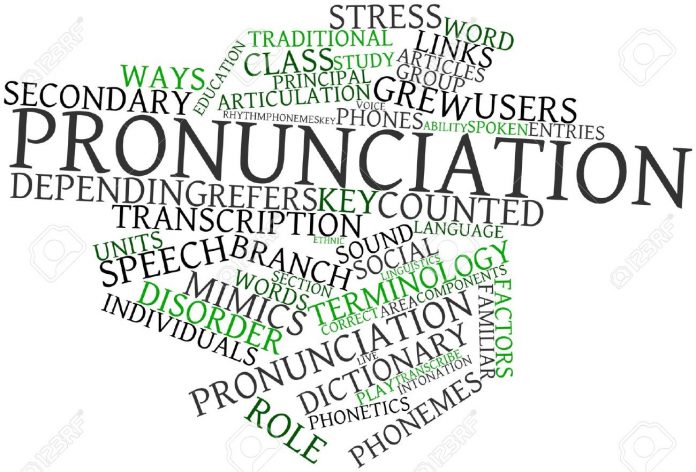 Now-a-days, pronouncing a word correctly has become very important. As, English language is considered as one of the most widely spoken languages in the world. In spite of that, there are many words which are not pronounced correctly by many people. As, always there are rules to do every work and so is with pronunciation of words. One has to follow certain spelling rules which help in pronouncing the words correctly. So, here are some of the words for which you need to follow those spelling rules. Just have a look!

Well, as we are talking about the pronunciation of words, but let me tell you one thing that this word itself is mispronounced by many people.
It is always pronounced as ‘pro-nun-cia-shun’ (Keeping O silent) and not as ‘pro-noun-cia-shun’.

The name of this beautiful country is pronounced as ‘ee-Rock’ and not as ‘EYE-RACK’.
Did you know, you were pronouncing the name of this famous place in a wrong and that too all your entire life?

We must cross the road on ‘Zee-bra’ crossing and not on ‘Zeb-ra’ crossing. As, according to US English, the sound of the letter ‘Z’ is ‘Zee’.

This word is pronounced as ‘dizz-urt’, (pronunciation of u as in sun). And not as ‘des-ert’, which is a barren land.

The correct pronunciation for this word is ‘D-vay-lupp’, and not as ‘Day-vay-lupp’.

To pronounce this word correctly, say it as ‘sa-lon’. And not as ‘su-loon’.

According to US English, it is ‘sked-jule’. So, from now onwards, don’t pronounce it as ‘shed-yool’.

To pronounce this word in a correct manner say it as, ‘Hah-lal-peh-nyoh’ and not as, ‘Ja-la-peh-noh’.

The actual pronunciation of this word is ‘Zhon-ruh’, while it is often mispronounced as ‘jen-re’.

This is the dry fruit which is commonly mispronounced by many of us. So, the correct way to pronounce it is ‘Ah-mund’ and not ‘Aal-mund’.

so, let’s make an effort to pronounce these words correctly.