Time travel’s been one of man’s wildest and fascinating fantasies for centuries. There are some ancient myths that depicts skipping forward in time. In Hindu mythology, the Mahabharata mentions the story of King Raivata Kakudmi, who travels to heaven to meet the creator Brahma and is shocked to learn when he returns to Earth that many ages have passed.

Is actually time travel possible?  Let’s start with the bad news. We probably can’t travel back in time and watch the Egyptians build the pyramids. In the last century scientists came up with a number of theories that suggested it is indeed possible to take a leap into the future; going back in time, unfortunately, is much more complicated.

Fuelled by Hollywood and overly active imaginations. There’s more than few of us that either believe or want to believe that one day we could travel to another place in time.

Jennifer Lawrence has been The’ actress in Hollywood for the past five years. She is a versatile actress known for her roles in ‘Winter’s Bone,’ ‘The Hunger Games,’ ‘X-Men’ and ‘Joy.’ She won an Oscar for her role in ‘Silver Linings Playbook.’

But what about before that?

If you’re into time travel then she was actress “Zubaida Tharwat”, an Egyptian film, stage and television actress. We hypothesise that Thawart, looking to break into American cinema changed her name to more common Jennifer.

Looking into last name, who’s a famous westerner to have spent a great deal of time in Egypt? – Lawrence of Arabia. 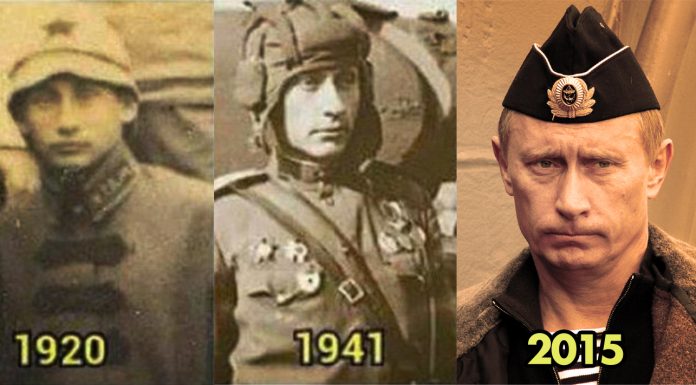 Vladimir Putin is a Russian politician who is the current President of the Russian Federation, holding the office since 7 May 2012. He rides horses shirtless, hunts tigers and finds ancient treasure. Yes, we are talking about Russian leader Vladimir Putin.

If these pictures are anything to go by then he

While some have argued he is immortal, similar to Russian version of Captain America, time travel believers aren’t so sure. Instead, they think Putin has used his time travel ability to show up in some of the bumpiest periods of Russia’s history to help alter the course of history.

Shawn Carter was born in Brooklyn, New York and has gone on to become a superstar Rapper and producer better known as Jay-z.

This is the picture taken in the Bronx in 1933 which has captured the image of a man looks more than a little like the superstar. Just a Doppleganger or evidence of time travel? 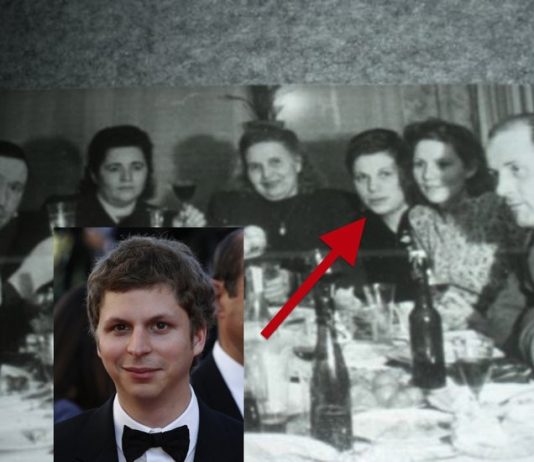 We are not done with potential time travelling celebrities yet. A man looking just like Superbad actor Michael Cera was emerged in 1930s Germany. This picture, taken in 1930’s Germany suggests some pretty big things.

First the Canadian actor travelled back in time as a spy to infiltrate the Nazi organization or Michael Cera is actually a traveller from the past, sent forward in time to infiltrate Hollywood.

Andrew Basiago, a lawyer from Seattle claims that as a child he was subjected to government experiments, as part of project Pegasus, that saw him travel back in time to periods which included Abraham Lincoln’s Gettysburg address 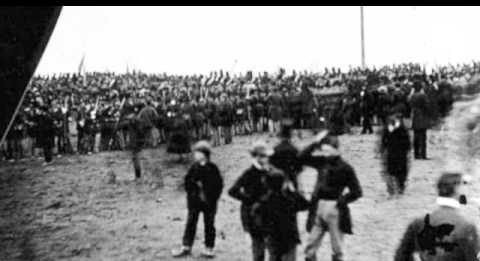 The proof? Basiago claims he is the child pictured in the centre of this photograph taken at Gettysburg. He also claims he was at Ford’s theatre the night Abraham Lincoln was assassinated.

This is the picture taken in British Columbia Canada in the 1940’s, some think the tall sunglasses wearing man is clearly a time traveller.

He’s wearing new wave sunglasses, what appears to be a T-shirt and he’s holding a portable camera. Turns out the sunglasses were unusual but not unknown at the time, the Tee was a letter sweater, and the camera was a Kodak Folding Pocket model. After all, he stands out like a sore thumb in the crowd. Experts say that everything he is wearing is period appropriate. So the question that remains is – Have we found a true time traveller or just an original Hipster?

In 2013 footage emerged, taken at a dupont factory in Massachusetts in the 1930s.

The short video showed workers exiting the plant and one of them talking into what appeared to be a cell phone. How this be explained?

There were no cell towers at this time and radio communications still required large bulky sets. Some have said it’s a hearing aid. This is plausible except no one seems to be talking to her while she is the one talking into the device.

An extra piece of footage from Charlie Chaplin’s 1928 film “The Circus” appears to show a woman talking on a cell phone. This video has perplexed people since it became available several years ago.

Sceptics argue that woman is merely using an ear trumpet or some other hearing aid which was widely available during that time. After all, ‘She’ is talking but there is no one around her in the clip.