Lionel Messi is a name known to, and chanted by people all over the world for his rare inborn talent as a footballer. Only once in a decade is someone like him born, who is so sublimely gifted, that he is applauded even by those who do not have a lot of knowledge about this game. His fans often call him the greatest player of the decade.

He was born on 24th June 1987 in Rosario, Argentina, to a working-class family. At the age of eleven, he was diagnosed with with Growth Hormone Deficiency (GHD) which required extensive and expensive treatment. He begun playing football at an early age and soon his talent  began to surface and though his local club, Newell’s Old Boys were interested in signing Messi, they couldn’t pay for his treatment.

Reasons why he is cherished by all

Talking about his characteristics, Messi’s personality has been defined as modest, caring, kind and talented by almost everyone who knows him, or about him. He has inspired countless number of people to play football, irrespective of their shape, height or deformities. He has constantly propagated throughout the years of his involvement in football, that it is not all about physical ability, but also about mental ability. What makes him even more commendable as a person, is his loyalty towards his club. Lionel Messi and Barcelona have been inseparable for 19 years now, ever since he joined at the age of 13. This was the club, which helped him grow from a boy, to a man and as a result of this, he is eternally grateful and loyal towards it. Both Manchester City as well as Chelsea FC offered him to join their clubs but he declined the offers like a gentleman.

Lionel Messi has been known as the best soccer (football) player four times in a row until 2013, and even after that. He made his official debut with FC Barcelona at the age of 17 though his unofficial debut was at the age of 16 after he swiftly made through the C and B teams to the top, through a friendly match. He scored 73 goals during his 2012 European club season, breaking a 39 years old record. He is the only footballer to have received six Ballon d’Or awards, along with 2009 FIFA World Player of the Year and The Best FIFA Footballer Awards 2019. Apart from this, he has scored 684 senior career goals for Barcelona and the country.

He is also the first player in the history of football, to having won five and six European Golden Shoes. He has consistently been the top scorer for FC Barcelona 16 times. He has been the Spanish Champion 10 times, 4 times Champion league winner, 3 times FIFA Club World Cup winner, 8 times Spanish Super Cup winner, 1 time under 20 World Cup Champion, and the list goes on! Messi is the first footballer to score consecutively against all teams in a professional league. In La Liga he has the record for the most goals scored for a single club, which is 354 and in one season he has scored 50 goals (Wowza!). One can only wonder what else this man can do with his prolific talent in the next as many years as are left for him during his course of time, in this game.

Cristiano Ronaldo is Portuguese by birth and is also the captain of the Portugal National team. He plays as a forward for Juventus and is 34 years of age. He too is one of the greatest players of his time and started his career as a professional footballer at the age of 16 in Manchester United. After setting a record there, he went on to play for Real Madrid, followed by Juventus. Though his early life was shaped by hardships, he was soon introduced to football by his father who was an equipment manager at a boy’s club. Both Messi and Ronaldo were thus, born in working class families and rose to fame because of their skills on field, and made a name for themselves out of soccer. Both of them are two of the greatest players of our time, due to which they’re often compared with each other.

We know Cristiano as CR7, while Messi is known as Lionel  ‘Leo’ Messi to all, amidst other names. Ronaldo is the first player to score against every team in a single season in La Liga while Messi is the first to score 5 goals in one UEFA Champions League match. He is the first player to top-score in four consecutive Champions Leagues. Ronaldo is known for his hard-work and is said to work like a machine to have reached where he is, today. On the other hand, Messi is said to have been born with sheer and sublime talent, coupled with hard work and dedication. Ronaldo has been considered to be better than Kaka or Messi, why Maradona himself has said, ‘Messi is my Maradona’. Ronaldo has won 5 Ballon d’Ors where as Messi has won 6, which is the maximum won by a footballer in history. There is absolutely no doubt in the fact that both of them have made mark in the history of football, based on their individual potentialities and unique skills which make each of them great in their own ways.

Messi is the most popular footballer across the world, pushing Cristiano Ronaldo to the second place. Messi is known as ‘La Pulga’ in Spain, which means ‘The Atomic Flea’. His fans also call him Leo, La Pulga Atomic and Messidona. In 2018, Messi bagged the title of Forbe’s  ‘list of best paid athletes’. His fans are mesmerised by his style of play. Though Messi, amidst many other famous players is left-footed, he can also play with his right foot. His fans have always compared him to Ronaldo and Maradona and have considered him to have bested them all. His fans who have been inspired to play the game because of him, are mostly die-hard supporters of Argentina, and are obsessed with jersey number 10. Messi has successfully made an impact on the lives of many in due course of his career in football, and shall continue to do so as long as he plays. 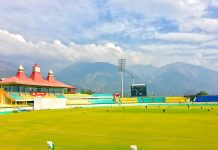