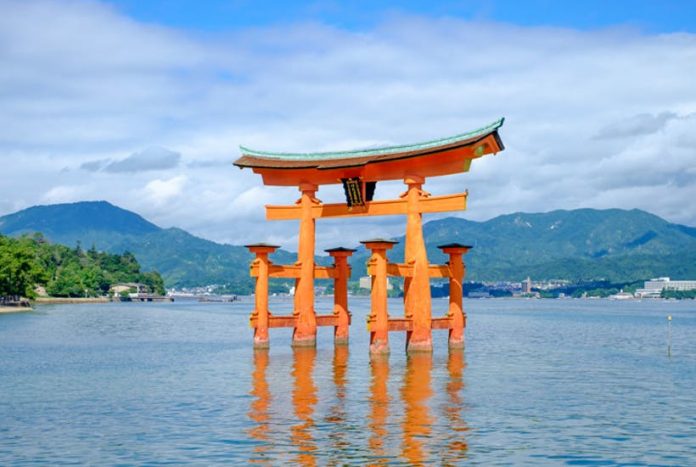 Japan is the “Joy of Art that Praises Aspirants Now and then. The abbreviation itself is very interesting. If we move further Japan is one of the principled country. Even though it is called as Land of natural disasters, has a beautiful history about religion, culture and discipline.

We can say Japan is equivalent to India in terms of temples and its culture. Overall we have seven wonders of the world. But if we take only Japan, has eight beautiful wonders which are located in Mount Koya.

Through this, we can understand Japan is also one of the powerful and popular countries in the world. The Japanese are popular for their working style and the principles they adopted.

The countries tales of Japan will of now. It is gifted one by one in this Christmas season.

Let’s start off with an interesting abbreviation of KOYA “Kick Off Young Aspirants.”

The abbreviation is very interesting. If we consider Koya as a place, A very attractive mountain which is also called as huge temple settlement in Wakayama prefecture to the south of Osaka.

Mount Koya is the center of Shingon Buddhism.

The top attractions at Mount Koya:-

Temple Lodging is also called as shukubo. Some temples are very popular for its lodging facility for the people who are visiting pilgrims and tourists.

Temple lodgings is a place with a traditional lifestyle where Buddhist monks stay. It is also called the place of simplicity.

The typical cost of lodging will be between 9000 yen and 15000yen which includes dinner and breakfast.

Okunoin Temple is the center for eternal meditation which was started in memory of Shingon Buddhism who is one of the most revered people in the religious history.

This is one of the most beautiful natural places in Japan. It can be also called Unusual Place in Japan. It is an eternal meditation center.

Kongubuji Temple was originally constructed in the year 1853. It is one of the popular temples in Mount Koya. This place has a very interesting background and many attractive spots like

Each and every spot has its own significance like William room, it is a place where Toyotomi Hidetsugu has committed ritual suicide. Kongobuji Kitchen where they can serve around 2000 people. Jodannoma Audience Room which was used for receiving the dignitaries.

Imagine Garan as a Job Description which explains Gather Actual Requirement, Analyse and Notes it. But unfortunately, It’s a place which Gains Attraction Remains Always New.

Now let’s travel to recreate the joy all around. Garan has two prominent places the Kondo hall and the huge Konpon Daito Pagoda.

The Kondo Hall is a large wooden temple where ceremonies are held. The huge Konpon Daito Pagoda is a 45-meter tall two-tiered tahoto style pagoda.

A museum can make wonders with remembrance and memories with photographs. This museum is like a pilgrimage for religious and cultural treasures of koyasan.

This museum has thousands of religious works which includes paintings and tools. Sometimes it displays a seasonal collection.

This is a very popular destination for centuries. Koyasan is connected to the outside world for visitors who prefer the traditional approach. And there is a cable car facility these days to enter the mountain. Pilgrimage Trails might be historic but the tradition is still followed and exists.

The main approach to koyasan begins at kudoyama station. The Koyasan is a place which represents the five elements of Buddhist elements earth, fire, water, air, and void.

The various pilgrim trails are

We can consider Japan has the temple country in the world. Daishi Kyokai is one of the temples in Mount Koya, Japan. It is the administrative center of Shingon Buddhism.

This temple complex consists of two buildings:- Henjoden which was dedicated to Kobo Daishi.

Henjoden was built in the year 1915 and an English administrative desk is available in the building.

There are few activities that are conducted in Daishi kyokai. Visitors can also participate in those activities such as receiving the Buddhist precepts, copying Buddhist scriptures and many more.

Receiving Buddhist Percepts is also called as Jukai. This is a formal ceremony where anyone can receive jukai. It takes place in a very dark room adjacent to Henjoden main hall.

Daishi also offers the facility of Sutra Copying. It is also known as copying Buddhist Scriptures. Participants are given a sheet of paper with the popular heart sutra

To complete those two buildings it took more than twenty years because it was built in an extravagant style.

Numerous Mausoleums were built by Tokugawa leyasu and his descendants. The most popular among them is Nikko’s Toshagu Shrine.

In the Japanese Language, that period was called as Edo Period.

Haiku Stairs as a person says How Am I? Kindly Understand Some Things Attract Instantly and we React Simply. Through this we can understand Haiku Stairs at Oahu is one of the most attractive places which makes people react and make a remembrance.

Haiku Stairs is also known as Stairway to Heaven. Heaven is nothing but the beauty of nature. When two persons visit the place together and spend time.

Haiku Stairs is one of the wonders of the world. An unrevealed fact since long and now this place is also one of the treasures of life. This shows it beauty with mountains, bridge, fog in the mornings and mountains covered with clouds. This place can be considered as the place of natural graphics without any tools.

This place has 3922 stairs and was originally built in the year 1942 that’s before independence by US Navy. These stairs were used as a secret facility for transmitting radio signals to ships that sail in the Pacific Ocean.

Haiku Stairs has a navy background but yet it stands to be one of the wonders of the world. This place can be also called as Place of Thrill but never a Place of Romance for lovers but a great place for photography.

In the past Haiku Stairs is one of the spots for  Valentine Weekend but unfortunately, a huge storm swept away all the beauty hence this place named as the stairway for heaven.

“For any place or person, there are two sides one is the brighter side and the darker side. Our world shows beauty with disasters but disasters welcome sorrow in many lives. That’s the bitter truth which a person cannot digest.

Is Hitachi a brand? Is Hitachi a person? Now let us imagine Hitachi as a person if we spilt the word it will be Hit A Chicken yummy right!!

If Hitachi is a brand, then we come across all Electronics like a refrigerator, washing machines and many more.

But now Hitachi is a place, let’s see the complete name “Hitachi Seaside Park”. The name is quite interesting and it is a coastal park. We can say that Japan is popular for its nature and the beauty that is gifted by it.

There are a wide variety of flowers which attracts a huge crowd. This place can be best visited in the mornings and evenings that is when nature gifts a refreshing breeze which blows through flowers and fills the day with a lot of happiness.

This place incorporates a unique natural environment of sand dunes, grasslands, forests, and springs. It is like an amusement park without adventure but with colorful flowers and grasses throughout four seasons. This park is located on the Pacific ocean side. It is a very spacious park.

It has numerous other attractions like an amusement park, surrounding track and an athletic field. There are many cafes and restaurants.

Kochia Carnival is one of the most popular events that happened in the seaside park of Japan. The kochia hill at Hitachi Seaside Park displays 32000 kochia balls making amazing scenery.

The places which are been described are very Spiritual and surrounded by nature. Nature consists of flowers and the beauty of the place. Moments you spend in those places will be of great experience and memories can be in the form of gift. Gift yourself the peace, harmony ,smile,happiness and many more which can be carry forward throughout your life.

These places can be considered as the learning centers for the visitors and the Buddhist monks.

It is very important to know the history of every country. This symbolizes how open-minded a person is to accept and define the importance of every place. How fast he is adopted to the culture of that country. How interactive he is with the people. There are many more learnings and takeaways as we move on.