There is no need of introduction of Shahrukh Khan. He is more than just an actor, he is a brand in himself. He is one of the best known actor and a film star who is most beloved. He is affectionately called SRK by his fans. He is a self made all rounder. He is also known as King as he is a king as an actor and a producer. He is loved by all his fans across the globe and is known for his gratitude for his fans. He keep in touch with his fans through social media and public appearances. 5.6 millions fans follows him on Twitter (@iamsrk). He gained an immense popularity by playing the role of romantic heroes.

Few of you would be knowing this that in Singapore there is a unique red-orange blooming orchid named Ascocenda Shahrukh Khan about 10 years ago. It is near Dendrobium Amitabh Bachchan at Singapore’s National Orchid Garden. Film industry is an industry where makeups and break-ups are a mainstay but Shahrukh Khan has maintained his clear image. He is married to Gauri Khan and is seen as a faultless husband. He does not feel shy in crediting his wife for his success. He believes in celebrating all milestones with his family.

Shahrukh Khan is a man who grew up on the path full of obstacles, mildstones, struggle and sadness. Abdul Rehman the childhood name of Shahrukh Khan was given by her maternal grandmother which was changed later on by his father. His father believed that he has King like face and that is the reason why his name was changed into Shahrukh Khan.

This was a great change of success in SRK’s life. “Beta, Kuch kaam karna. Aur naa mann ho to mat karna, kyunki jo kuch nahi karte woh kamaal karte hai!” said his father and this statement changed the life of a common delhi ka larka to a man of Stardom.

Born on 2 december,1965 in New Delhi, the first five years of his life was spent with his maternal grandfather Late Ifthikar Ahmed who was posted as a chief engineer of a port in the mid 1960s. Later then he moved to New Delhi with his family. His father was the owner of several business ventures and a restaurant.

He lived a middle class life in the Rajender Nagar neighborhood of Delhi with his family. His studies started in the St. Columba’s School of central Delhi and not only in studies he excelled in sports like football and hockey too. He was awarded the Medal of Honour, the highest award of his school. Later on, he acted in different stage playes and recieved immense appreciation for the simulation ofhis favourite bollywood actors like Dilip Kumar and Amitabh Bachchan. SRK persuaded his Bachelor’s degree in Economics from Hansraj College. But as his passion was different from studies, he began to spent most of his time on his acting. Under the mentorship of Director Barry John, he studied acting in Delhi’s Theatre Action Group (TAG).

Later on he taken admission for studying Mass Communication at Jamia Milia Islamia college but he left in between to carry forward his carrer in bollywood. But then came a news of his father’s demise due to cancer in 1981 and then his mother passed away in 1991 due to diabetes. This was a hard time for his familyfamily so SRK took the responsibility of the whole family. And then he married Gauri Chibber a punjabi hindu girl by hindu tradition on 25 october,1991. Gauri Khan later gave birth to a boy Aryan (1997) and a girl Suhana (2000). And recently in 2013 they became the parents their third child Abram through a surrogate mother. Shahrukh Khan being a strong believer of Islam also values Gauri’s religion.

Shahrukh Khan a man with countless dreams and passion started his career with teliviesion serial Fauji. He made his debut in bollywood movies with Deewana in 1992 which was one of the most commercially successful movie of that time. Since then he has given numerous critically applausing performances. He has been a most special part of Indian Film Industry. During this part he has won about 13 Filmfare and numerous awards for Best actor category. He has delivered a bunch of Superhit and Top grossing movies like Dilwale Dulhaniya Le jayenge, Kuch Kuch hota hai, Kabhi Khushi Kabhi Gam, Veer Zaara, Kabhi Alvida Na Kehna, Chak De India, Om Shanti Om and still going on. Not only acting, he has a production company named Red Chillies Production, Dreamz Production and worked in several telivision presenting shows.

In order to bunk the class during his school days, he acted of having an epileptic attack. His acting was realistic that teacher believed him. He makes the people laugh by his comments and jokes. Out of classic hindi songs he makes funny Qawwalis in order to entertain Gauri. He says that his success is Divine and is because of the blessings of his parents and also by luck. One of the most beautiful dialogue by him is Agar kisi cheez ko dil se chaaho to puri kayanat usey tumse milane ki koshish mein lag jaati hai.”

He has made to the gracing covers of the magazines that are most popular internationally. He is considered to be the first Indian male actor who made it possible to the cover of Time magazine under the category of Asia’s Heroes 20 under 40. There exists a Maratha Mandir theatre in Mumbai today where you can still catch a glimpse of DDLJ, which is the Bollywood’s longest-running movie. When the theatre management decide to remove this movie then his fans rebelled and the management had to reverse its decision. He has received Pyramide con Marni Unesco award for the work he do for charity.

He has a production house, “Red Chillies Entertainment” and he shares his success stories of the film with the employees. He donates th proceeds which he gets from his concert to the victim’s of natural disaster. That is what makes him different from the other actors. He is not just an actor to entertain or to earn, he is more to it. There is another side of him which makes everyone loves him Especially his actions towards others. Deeds speak more than words and that is why he is a hero in a real life. 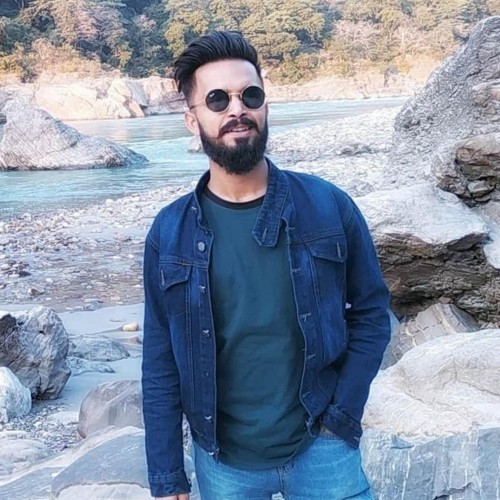 Akash Ranjan
Writing is his passion. With the skills of writing, he excels in singing, painting, sketching, playing guitar and designing.