Winding round the the grey shawl I sit by the window and look through the glass pane into the cloudless sky. The blue of which still reminds me of those  days when I had got something to cling to.. It was better than what it had been since years or even what It is like now. I used to sit by the quiver of the mango leaves, under the golden sunrays that filtered down, through  the leaves and  inspired me to carve delicacies out of words.  having weaved a garland out of verses, I would chant them out to her while she would fling stones at the branches in want of a fruit. Sometimes mangoes and at some she would develop a taste for guavas. She would make a heap of them in the bag out of the round of her frock and would walk towards me. I would share my verses and she would share her stolen fruits. And we would spend our evening hours like this.

Since when I was married to the zamindar’s daughter, I had not had to do anything for a living. I had a big mansion to live in with my in laws. I was allowed to visit my parents once in a month and that too for 4 days. Because my wife wasn’t comfortable with my staying away for long.

She was dark and she thought I could lose my affections in her upon seeing another of a beautiful lady. She was fearful of losing what she never had. My affections. Not because of her insecurities, but because of her inability to watch my wishes over hers own. On the time of marrying her I had taken her as a financial security, and she took me as an educated husband whom she could flaunt in the society. But what seemed perfect then is nothing now. maybe money is not all we want.

And what I wanted I got when Manu was born. My brother-in- law’s daughter, Manu. When her little fingers would encircle my thumb I couldn’t shake her hands off me. I had made a swing out of my wife’s sari on the mango tree in the garden and let her sleep in the cold breeze. And her mother would be happy as she could do all her other works. I would read silently I would write and fleet the afternoon hours carelessly by her side. And since then we had a habit of spending hours together.

She would ask me the meaning of what I wrote, biting  unripe mangoes and  I would try to make her understand and she would gape at me and listen carefully and when I would be done she would make false stories and make me listen to her. sometimes she would be all ears and at some she would just cut me in the middle pick a word she found funny and laugh at it till she had no breath left within her. She would insist upon playing games with her and I would teach her new ones which she could play.   her mother would tear her lungs out calling out for Manu but she would not listen. “You must go Manu! Your mother is calling you” I used to say. “kaku, I wouldn’t leave you here and go” she would say and she wouldn’t leave until her mother comes with a neem stick to beat her up. Seeing her mother, Manu would give her tiny hands in my palms and hide behind me holding me by my knees.  And out of fear she would cry at the top of her voice. She was too small, just seven then.

She did nothing and yet she erased all the creases upon my heart. I was very fond of her, and I was her favourite kaku too. She was  My little companion.

But who stays happy forever? Blissful days are always numbered. Everything changed when Bengal was devided into east and west.  Everyday more people were killed and blood flowed in rivers. Hindus were killed by muslims and hindus avenged murders on muslims. There was no law noo order. And hindus were forced into west bengal or were killed. Thousands of refugees ran India each day to save there lives, leaving back there homes, properties, a living everything. And we had no option left but to Leave everything behind and fly to India. Our house and property fell in east bengal. And our rights in them was lost in us being  hindus. Stones were hurled at our windows and neither of us were allowed to leave the mansion. Things turned worse when our property was seized and my brother in law was beaten up fiercely when he spoke up for himself. We decided upon leaving Bangladesh.  We took everything that was possible with us. A earthen pot of water, my old pocket watch, our family portrait, a little money we had and a few clothes. I held Manu’s hand tightly and kept a tin trunk over my head. I held the tin trunk with another hand and hers with another. All of us fought our way through dead bodies, through veiled people who had swords in their hands and were tearing flesh as if they wanted to bath in blood. I watched people trying to escape and get them killed. I fumbled my way. And when I looked back I couldn’t see anybody of my family behind. Neither my wife. All I had was Manu crying after me. I dropped the trunk down on the ground and lifted her up. I began to advance towards the border patting her cheeks dry. “Rataan!” I heard my wife’s cry. I turned around and watched her. A veiled man held her by her hairs and lifted his sword and forced it through her navel. She shreiked soo loud and then taking the sword out he threw her on the ground. I saw her die in front of my eyes and she never let her gaze lose upon me. I wanted to run to her but the crowd pushed me further towards the border. The ones who still had their lives and were desperate to save them. I had to save a life too. I looked at Manu and began to walk ahead. Beyond that line I knew all would be fine. And just as I was about to cross. She began to losen my embrace. “My mother!” She said and began to cry. I did not leave her. And tried telling her that her mother would be on the other side. But she kept crying. I watch for the other family members. But I saw nobody around. My pants were wet due to the river water. And it was clinging to my legs with weights making it more difficult for me to walk. I was puushed soo badly that I fell down, in the river water. And Manu slipped off my arms. I searched for her in the water but she was nowhere around. I went back for her but It was useless, Because everytime I tried I was pushed further towards the borders. I could not leave her there alone. She was my responsibility. I ran back pushing through people and then I saw her. Lying by the river being kicked by people. Her head had a wound and she was bleeding. I had to walk against a wave of people To reach to her. I took a step towards her and the next pushed me farther. I watched her being lifted by a man I watched him make a long cut in her stomach with his sharp knife. She shouted out of pain.  I tried to run towards her. I was shouting but nothing could reach him. Everyone was crying. Everyone was shouting. And my pain was lost in theirs. He made another big cut through which blood spilled out of her mouth. And then he made another small cut and dropped her in the river. I watched her blood color the waters red. And then he held another refugee. I had nothing to save now. she was killed in front of my eyes and I couldn’t do anything. I left my body free and after that i don’t know what happened.

But I woke up in a hospital in kolkata, in west bengal. And All that was found from my pocket was a small unripe mango. 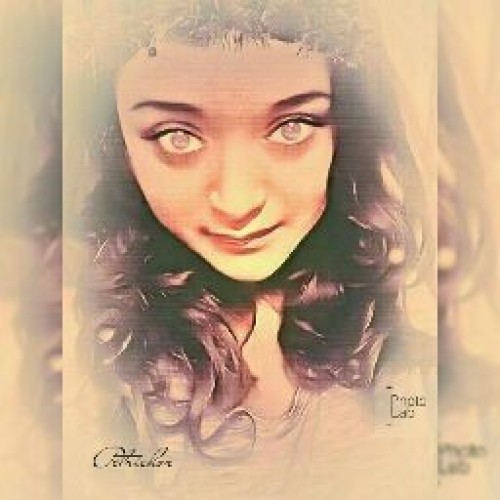