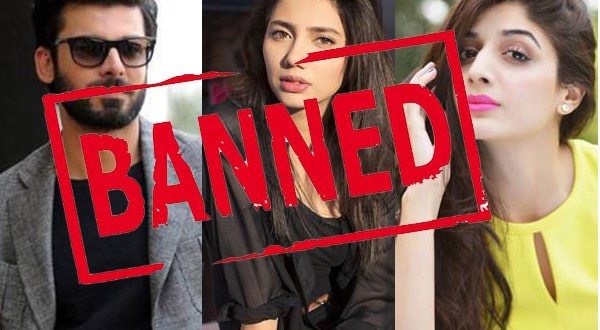 As an aftermath of the September attacks on #Uri which killed 19 Indian soldiers, India is on a war footing with Pakistan. India has always been blamed of a diplomatic silence on the terror attacks prior to this. For instance, the 26/11 attacks happened and we did nothing, except may be hang one Kasab while Pakistan prepares a thousand more. But this time India retaliated with surgical strikes. The government is doing what it should. As a proud citizen, I support it but what I do not support is ultra-patriotism by hypocrites.

Whose loss it is?

The Cinema Owners and Exhibitors Association of India have banned the screening of the Karan Johar directed film “Ae Dil Hai Mushkil” in single screens in Maharashtra, Goa, Gujarat and Karnataka as it features Pakistani actor Fawad Khan in a special appearance role. There have been crazy demands to re-shoot Fawad’s part in the film with some other actor. How does that make any sense? Is that the way to retaliate? Did Fawad attack our soldiers? Is he a terrorist? Fawad had shot for the film long before any of this happened. He is an artist who did his job, got paid for it, and went back. Who will be at a loss here, Pakistan or Fawad? The losses will only have to be borne by the makers of the film and the Cinema Owners themselves. I am not over-simplifying the issue here. Re-shooting or banning this film is being highly fundamental and hypocritical to the core. May I ask why after the 1999 Kargil War, or the 2001 Parliament attacks, or the 2008 attacks in Mumbai, or the Pathankot attack, singers like Ghulam Ali, Atif Aslam, and Rahat Fateh Ali Khan were not banned from performing in India?

Can we sympathize with their helplessness? 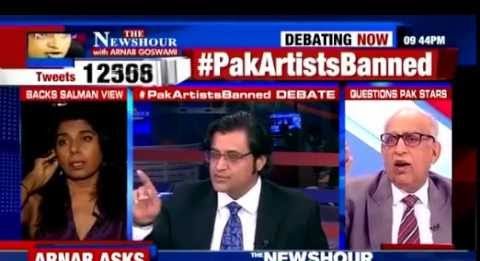 In the Newshour debate with Arnab Goswami, it was insisted that if these artists condemn the attacks and speak against their government then may be, they should be welcomed to work in India. First of all, our nationality is not chosen by us. They did not choose to be born in a terror state. Just because they grew up in that soil does not make them criminals. I believe that being citizens of that country and personalities of that stature, it is not possible for them to speak out loud and clear against their government without feeling threatened. Who will give them protection in Pakistan if they come out and issue a strong statement and take up a stance? Moreover, just because they are silent does not mean they support the attacks. May be they do hate it as much as we do, but their hands are tied. Interestingly, Fawad has been known to give a statement not against his country but against terrorism in the safest way possible by wishing for peace. There is nothing more that the poor actor who is being targeted for something he isn’t involved in could have done.

Is every civilian a terrorist?

The Pakistani artists come to India not to represent Pakistan unlike the sports personalities, they come to India to do their jobs as artists- as singers, actors and musicians. They have full freedom to and a right to do so. They come here to win our love, our hearts and our adulations. May I ask what is so wrong about that? Who will guarantee that terminating all these cultural contacts, literary festivals, music festivals, theatre clubs will restore peace and stop terror attacks. Sometime back AIB took the initiative of establishing contact between a few Pakistanis and a few Indians via cell phones and made them talk to each other. The video is on YouTube. It shows how they are just as normal as we are. How they loved talking to us and we to them. How our tastes and alike and how amazing it would be, only if we could be friends. It shows how every Pakistani does not despise and hate us. They watch our films, listen to our music and at times know so much more about us than we do.

Against the motion- May be not so lunatic after all!

On the contrary, I also agree that isolating Pakistan at this point from every front has become necessary. The more the money stops infiltrating into their country, the weaker they’ll become. Some might say that while our soldiers are giving up their lives in the darkness of the night, we here are collaborating for cultural and diplomatic bullshit. What effect would that have on the morale of our soldiers, especially with the news of our cultural circuits with the Pakistanis? If we Indians are paying for being Indians by being bombed by them, why can’t a few of their artists pay for Pakistanis by not being allowed to have work visas? We are not killing the civilians in Pakistan and neither are we taking away the source of their livelihood by denying them work in India. They can earn and live their rich lives happily there. This debate is unending.

The only temporary solution that can be reached at the present moment is to stop working with them for the time being (not forever) until the issue is resolved, but that certainly does not mean banning those films which have already been shot prior to the Uri attacks.

Psychologists vs. Psychiatrists: Differences Between the Two Careers