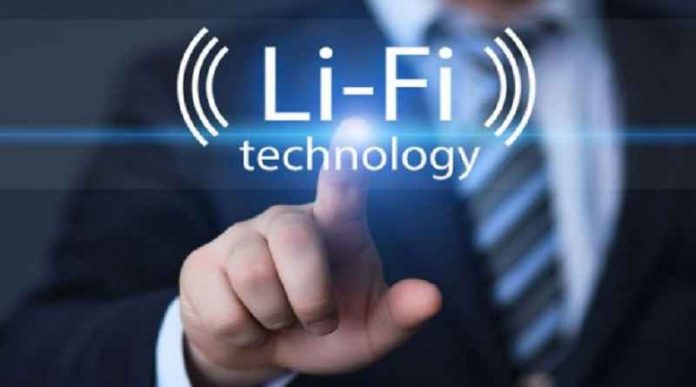 Wi-Fi has entered into our lives some years now. It solves some problems that wired networks have but generate new. Overcoming the problems of Wi-Fi a new wireless technology has emerged.

Just imagine this for a second that data is flowing out of your living room light fixture like water from a shower head. It’s real and this technology is called “Li-Fi”.

Li-Fi stands for Light Fidelity. But aside from the novelty of it how would this be better than existing technology like Wi-Fi that uses radio waves?

Well, the problem with Wi-Fi is that because of its limited spectrum it gets crowded with far too many devices. The solution that would have been being to get more spectrum for Wi-Fi, which is impossible. Li-Fi scores over Wi-Fi because it operates differently and does not use any official spectrum.

How would visible light transmit data anyway? Li-Fi uses LED bulbs which can be switched on and off very quickly. Special receivers that can connect your computer can translate this flickering into actual data. Also visible light is much less susceptible to interference than radio waves.

The man behind Li-Fi:

The concept of Li-Fi was introduced by Harald Haas. He proposed the term in 2011 in the University of Edinburgh, UK during a TED Talk in 2011. He started his own company called “pureLiFi”, an OEM that commercializes LiFi products.

When tested under laboratory, the achieved speeds were about 224 Gbps (According to BBC). But under real life conditions, speed is about 1 Gbps.

Since it only uses visible light lifi can’t penetrate through walls and reach your neighbor, thereby offering protection from hackers.

It uses inexpensive LED bulbs which consume less power than a WiFi router.

To use Li-Fi, the LED bulbs need to be kept on all the time 24×7 and they need to be placed throughout the house. Obviously, a lot of power gets consumed.

Although the technology has great potential, it is still very experimental and we probably won’t be seeing it hit the mainstream market for several years at best.