Chris Heria is a Miami- born fitness trainer. An influential personality with an intuitive nature, indeed he is famous worldwide. Also, Heria has his own fitness academy, where he trains his customers to be fit and healthy. Moreover, he has a great global social media recognition. There are thousands of followers of him on Facebook. Whereas in the case of Instagram, the number reached nearly a million followers.

People have been knowing Chris Heria from around different countries and hence, there is a lot of fanbase for him. A lot are inspired from him and his dedication and contribution to fitness and a healthy lifestyle. Let us get into some details about him. This will include details such as his personal information, social media presence, personal life, career, net worth and many more.

Heria was born on 21st December, 1991 at Miami, Florida. He portrayed his nation in the World Championship of Street Workout. Moreover, the amazing thing about his journey is that he trained on his own and learned everything and created his empire on his own. Also, he is a member of BarStarzz, a popular team for workout sessions. Furthermore, he has his own academy where he constantly motivates people to stay fit and tells the importance of workout. Not only this, but he also organizes seminars, workshops to promote his noble cause along with being a YouTube sensation, with a lot of subscribers.

Additionally, his Instagram posts are worth watching. Concepts such as diet plans, tattoos, mirror selfies, workout routines- are a part of Chris Heria’s Instagram handle.

Chris is a certified fitness trainer as well as a Pro Bar athlete. Generally, he participates in the bar athlete competitions around the nation. We all know about his fitness academy. Infact, he also has opened his training centers across the country.

He started his career in the field of fitness in 2012 when he participated in the World Championship. This is where he represented the USA. After that, he participated in the World Cup in Germany, where he won and represented the USA once again and made it proud. After that, this was the year when he established the world’s first gym specially designed for calisthenics. Also, he trains people for calisthenics and lifting weights.

Also he has his own YouTube channel which has millions of subscribers.  His first video got posted in 2013. And today, he has a great fanbase.

Chris has 19 tattoos all over his body. They are as follows:

Currently, he lives with his son, Zen Heria. He has a brother named Stefan Heria, who is also into calisthenics instructor and fitness trainer. His parents’ names are unknown. Chris is friends with Osvaldo Lugones and Zya Tiggs. His marital status is currently unmarried. Also, he isn’t dating anyone right now.

We all know how much Chris loves healthy food. Through his Instagram handle, we can see that he posts a lot of healthy food recipes that are super easy and require less cooking time. But do you know his diet plan ? He balances the amount of carbohydrates, proteins and fats into his daily diet prep. His diet chart is such as:

Furthermore, intermittent fasting is something that Heria follows religiously everyday. In total, he takes around 1,800 calories on a daily basis.

Heria is fond of non vegetarian food. For instance, chicken breast, turkey, bacon, shrimp, etc. are some of his favorite foods. His choice destination is Los Angeles. Furthermore, Chris Heria prefers black and blue over other colors, or one can say it’s his favorite color. He loves skateboarding, boxing and performing calisthenics in his leisure time. Moreover, his cherished sport is basketball.

Being a wealthy fitness trainer with a great stardom, he lives in a luxurious and magnificent apartment. There, he lives with his son. Undoubtedly, it is definitely one of the most beautiful and breathtaking apartments of Florida. The view from his balcony is heavenly, with an alluring lagoon. According to some reports, the apartment was around $5 million. In addition to that, he also owns many properties in various places of Florida.

Chris is fond of cars. He has a BMW 6 Series. This is indeed a luxury car with a lot of amenities. Also, it costs around $70,300. Not only this, but he also has some other cars.

A popular athlete for his fitness contribution, he was sponsored by BarStarzz as a representative. BarStarzz is one of the top rated fitness industries of the world. Furthermore, he founded some other brands such as Weight Vest, Heria Shop, Calisthenics Academy and HeriaPro App. The Calisthenics Academy is in Miami, Florida.

Chris Heria got arrested once in a fighting case, but then got bailed as the charges on him were bailable. He was trying to protect himself, and took a major step in self defense. 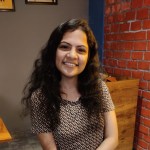