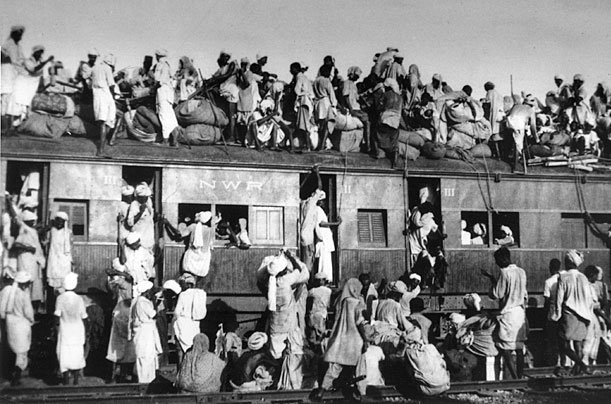 A Train to Pakistan

Not forever does the bulbul sing,
In balmy shades of bowers,
Not forever lasts the spring,
Nor ever blossom flowers……..
Not forever reigneth joy;
Sets the sun on days of bliss,
Friendships not forever last,
They know not life, who knows not this.

The above lines fittingly describe the inevitability of partition. We fought for freedom for around a century, but it was achieved at the cost of partition in which more than 15 million people were displaced and more than 2 million died in the sweet name of religion. Certainly, freedom meant nothing for them besides the carnage. 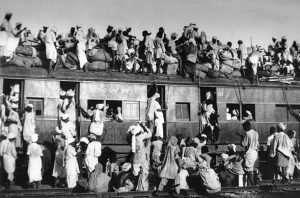 A train to Pakistan is a magnificent story of a few fictional characters, namely, Imam Baksh (a local weaver and the Mosque’s Imam), Juggat Singh (a dacoit) and Iqbal Singh ( “a mona sardar”). It is set during the partition of India, i.e., during the summers of 1947 in a town named Mano-Majra. Mano-Major is a small village near the border of India and Pakistan.  The inhabitants of Mano-Majra were majorly Muslims and Sikhs, who lived in harmony for centuries. Religion in no way was a bone of contention between people.

Mano-Manjra was landmarked by only a few public buildings. It had a railway station at which only a few trains stopped. The important ones, including the Express trains never stopped. The ones that stopped included a train from Lahore to Delhi and back from Delhi to Lahore.

One afternoon, one such train stopped at Mano-Majra which wrapped the whole town in a brooding silence when it was discovered that the train carried over 1500 brutally killed corpses of their Hindu and Sikh brothers and sisters. Certainly, the train had arrived from Pakistan. This was when the people of Mano-Majra were introduced with the atrocities and carnage of the separation. An air of suspicion, doubt and hatred dwelled over the denizens of Mano-Majra. What followed next were people in large numbers coming in as refugees from Pakistan and settling in Mano-Majra, leaving behind all their belongings and houses. The Communal riots resulted in many of these migrants being killed, their houses and properties looted, women raped and children tortured.
What made Hukum Chand (The Magistrate of Mano-Majra) more feverish that night was the fact that it was raining and over a thousand charred corpses would be sizzling and smoking while the rain would put out the fire. Beads of sweat broke out on his temples. 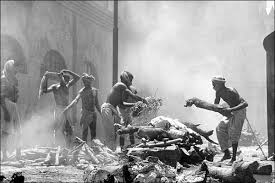 What followed next was even more terrifying and frightened everybody out of their wits.
Few days later, with the incessant rains, the sea level of the Satluj rose. The most horrifying site of dead bodies floating down the river from Pakistan paralyzed people with fear. This led to the inevitable killing and looting in Mono-Majra, itself. People who lived for centuries in harmony, decided to kill all the migrants who travelled on the train to Lahore, which included the muslims of Mano-Majra and of a few more neighboring towns. The once tranquil atmosphere of Mano-Majra was soon changed into an inferno of death and destruction. And with the gale of summers ended the once happy lives of denizens of Manu-Majra…..

Few highlights from his novel include:

“Logic was never a strong point with Sikhs; when they were roused, logic did not matter at all.”
… and this came from a Sikh.

About the Author: An alumnus of St. Stephen’s College, Delhi and King’s College,

London, Khushwant Singh is one of South Asia’s finest historians and novelists and who also came up with the original ‘Santa-Banta’ jokes. He wrote ‘A Train to Pakistan’ in 1956. Some of his other great works include ‘The Company of Women (1991)’, ‘Delhi: A Novel (1990)’, ‘Truth, Love and a Little Malice (2002)’ and many more.