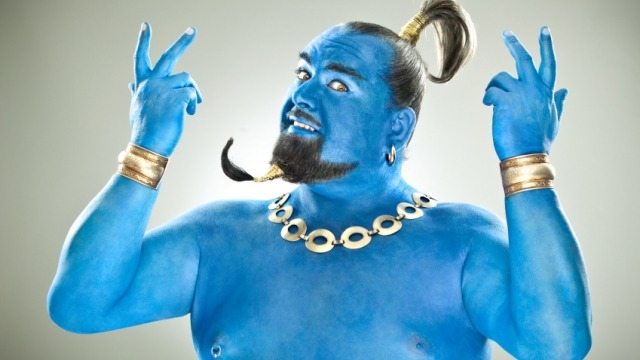 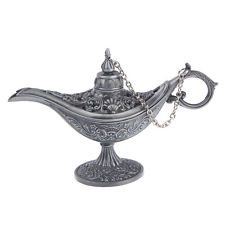 Since my aunt did not conceive an issue, my uncle and aunt adopted a boy child. My grandmother used to say, my uncle was a huge fan of Aladin when he was a child and she said my  brother will be named Aladin. He is the most loved kid of our house.

In order to fulfill the impact of his name, my father gifted him a beautiful lamp on his 5th  birthday. Since then, he didn’t part himself from the lamp. Where ever he used to go he used to carry the lamp with him. Sometimes we used to find him talking to the lamp. Even he said to us often, “My lamp really works.”

Everyone made fun of him. When he was admitted to school he wanted to carry his lamp even there. First few days he even took the lamp with him, but soon he was caught by his teachers in school. By that time he became quite famous in the school. All other students became his fan as he said to other students how his lamp works were and really excited when he was in around them. This created commotion in the class and his parents were called.

When the matter became serious his parents consulted a doctor. He was given medicine. But the matter didn’t leave his mind. Doctor said when with his age this will slip his mind. Though after lots of scolding he stopped telling the stories in his school but he continued at home. We never used to give him much attention.

One summer afternoon I found him sitting under the table with his lamp. He called me. I went to him and he started telling me how is lamp works. I smiled at him and I was about to come back. Then he pulled my hand and rubbed the lamp and seriously to my surprise a blue genie popped up. He asked him, “What can I do for you Sir?”

When I was about to call others in the family the genie whispered, “Shh!! Only you both can see me.” I was really shocked and my brother said to him “Take us to that wonderland where we went the last day.”

Within a few seconds I found myself in a beautiful garden. My brother whispered to me “I said you I don’t lie.” He then rushed and got his favourite ice cream of chocolate flavor and oreo topping from a tree. He knew that I loved Biriyani and said if I want to have one plate of it then I should look for it in the 4th row of the trees and I will find the Biriyani in the 8th tree of that row. And he went running towards Chota Bheem to play.

While I was wondering in the garden I found different types of food in different trees. When I got for myself a plate of Biriyani and chicken chap the place transformed into a beautiful restaurant with soft music in background, a beautiful lady came to me and asked me in what ways can she entertain me. I said her that I want to watch an unreleased movie of Sharukh Khan as I am a great fan of him, a beautiful screen came up and Raees was up on the screen. After the movie I came back to the garden and yet I found him playing but now with Sinchan. While I was loitering around something fell on my shoulder and my eyes opened, I realized it was a silly dream. I smiled to myself and went to the dinning room for chilled water. While I was returning back to my room I found the lamp lying beside the television.

I looked back at it and found a layer of dirt on it. I came towards it and I started to wipe off the dirt.

The lamp fell from my hand. A big fat genie appeared and it asked me, “What is your order, Madam?”

Most Famous Festivals of India

What to wear with chunky platform sneakers – Here are some suggestions