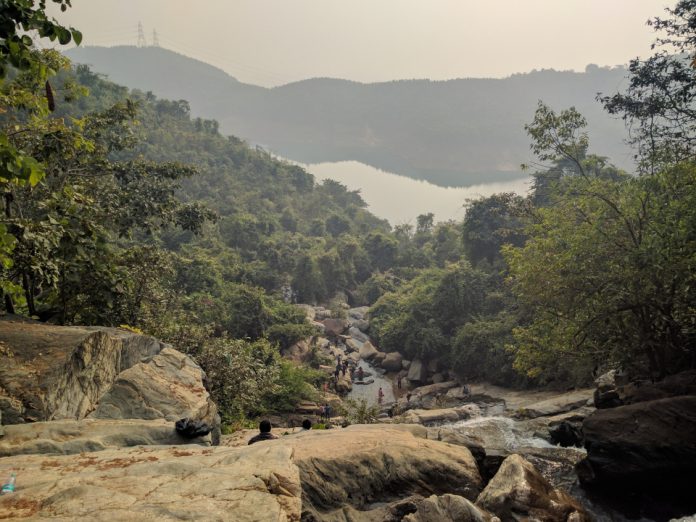 Purulia district is one of the nineteen districts of West Bengal state in eastern India. The town of Purulia is the administrative headquarters of the district.

The territory of present Purulia district was a part of Bangal, one of the 16 Mahajanapadas according to Jaina Bhagavati Sutra (c. 5th century CE) and was also a part of the country known as Vajra-bhumi in ancient period. During medieval period, this territory was regarded as part of Jharkhand region. Little is known about Purulia before the British East India Company acquired this territory by obtaining the grant of Diwani of the subahs of Bengal, Bihar, Orissa in 1765.

By Regulation XVIIII of 1805, a Jungle Mahals district composed of 23 parganas and mahals including the present Purulia (known as ‘Purulia’ in those days) was formed. By Regulation XIII of 1833 the Jungle Mahals district was broken up and a new district called Manbhum was constituted with headquarters at Manbazar. The district was very large in size and included parts of Bankura and Bardhamandistricts of present West Bengal state and Dhanbad, Dhalbhum and Seraikela-Kharswan districts of present Jharkhand states. In 1838 the district headquarters was transferred from Manbazar to Purulia. Since the formation of the district it was withdrawn from regular administration and placed under an officer called Principal Assistant to the agent to the Governor-General for South-Western Frontier. The title of the officer Principal Agent was later changed to Deputy Commissioner by Act XX of 1854. Finally in 1956 Manbhum district was partitioned between Bihar and West Bengal under the States Reorganization Act and the Bihar and West Bengal (Transfer of Territories) Act 1956 and the present Purulia district was born on November 1, 1956.

Purulia is the westernmost district of West Bengal with an all-India significance because of its tropical location, its shape as well as function like a funnel. It funnels not only the tropical monsoon current from the Bay to the subtropical parts of north-west India, but also acts as a gateway between the developed industrial belts of West Bengal and the hinterlands in Orissa, Jharkhand, Madhya Pradesh and Uttarpradesh.

Rainfall defines the climate of the district. South west monsoon is the principal source of rainfall in the district. Average annual rainfall varies between 1100 and 1500 mm. The relative humidity is high in monsoon season, being 75% to 85%. But in hot summer it comes down to 25% to 35%. Temperature varies over a wide range from 7 degrees Celsius in winter to 46.8 degrees Celsius in the summer. Record highest temperature is 54 degrees.

The main rivers passing through or bordering the district are Kangsabati, Kumari, Dwarakeswar, Subarnarekha and Damodar.

Due to undulated topography nearly 50% of the rainfall flows away as runoff. The district is covered by mostly residual soil formed by weathering of bed rocks.

Thousands of tourists come to visit Purulia every year to witness the charm of the natural forests of Ayodhya, Matha and Kuilapal, falls and tribal habitations of Ajodhya Hills and Bagmundih, dams like Panchet, Murguma Dam) and Futiari, heritage building like Panchakot Raj Place, trekking range of Matha proud with Pakhi Pahar, and Joychandi Pahar, picnic spots like Duarsini, Doladanga, Jamuna, traditional folk dance and culture like Chhou Dance and Jhumur Song and so on. Purulia district is well connected by road and rail with the major cities and towns of the state as well as of the country.