Joanne is Steve Jobs biological mother and his biological father is Abdulfattah .When Joanne was pregnant   Joanne and Abulfattah   both were twenty-three, due to some problems they decided not to get married. Joanne travelled to San Francisco, where she was taken into the care of kindly doctor who sheltered unwed mothers,  delivered their babies and quietly arrange adoptions.

Steve’s mother Joanne had a requirement that her child must be adopted by college graduates. So the doctor arranged the baby to be placed with a lawyer and his wife but things never happen as we presume the baby boy  was  born –on February 24,1955-the designated couple wanted a girl and backed out . Thus it was the baby boy who came out he became the son not of lawyer but of a high school dropout with passion for mechanics –Paul and his wife working as a book keeper –Clara. Paul and Clara named their baby –Steven Paul Jobs. Clara Steve jobs mother has been married before marrying Steve’s father and her husband died in war. When Joanne(Steve’s biological mother) found out that her baby had been placed with a couple who had not even graduated from high school   she refused to sign in adoption papers until the couple promised her that they will send Steve to college . 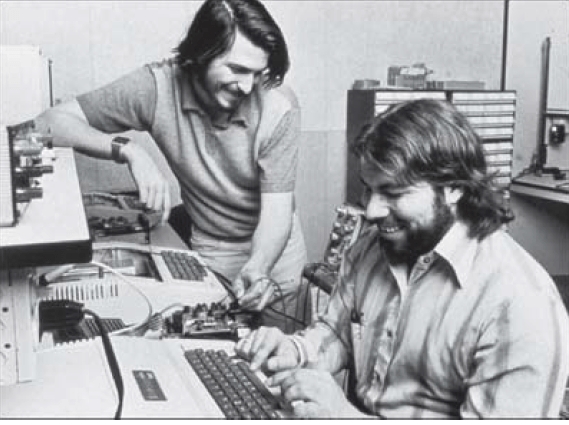 Steve Jobs know from his early age that he was adopted his parents very open about that he had vivid memory of sitting on the lawn of his house, when he was six or seven years old, telling the girl  who lived across the street “so does that mean your real parents  doesn’t want you ” and he rushed  into house ,crying and his parents put an emphasis on every word in that sentence so Steve was Abandoned. Chosen. Special.

Steve was different from other students in class .Even before Steve started his elementary school. His mother taught him how to read. This however, lead to some serious problems once he got to school he was bored sitting in classes and listening to the stuff he already known  so he occupied himself by getting into trouble .

His school, Monta Loma Elementary  ,was  four blocks from his house. He encountered his boredom by playing pranks. His school best friend was Rick Ferrentino these both do all the mess in their class with nasty pranks. 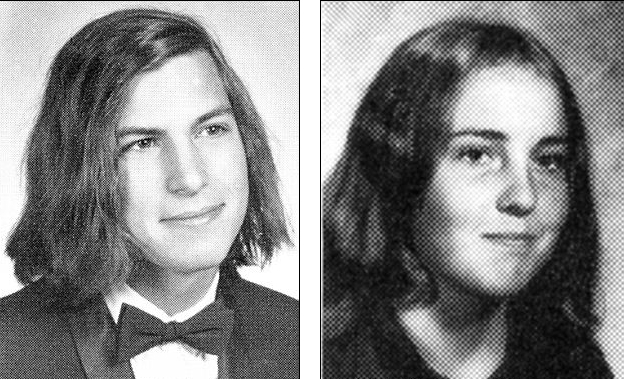 When Steve was in third grade they made little announcing that  everyone should bring their pets to School Day and the classrooms were filled with cats and dogs. When Steve got to fourth grade  the pranks became more dangerous he and his friend Rick set an explosive under chair of their teacher , Mrs. Thuman. At the end of 4th    grade  he topped in a test and everyone had come to  know about his intelligence and his his parents thought to skip his two grades but they sensibly the skipped only one. Steve was lone in a new school with the guys who are  1 year elder than  him- sitting in sixth grade. He was fine with his studied and much interested in physics.

Steve’s parents worked hard and saved dutifully for his college fund, which was small amount but adequate by the time he graduated . But Steve first toyed with not going to college at all. He wants to go to Newyork   if he had done that his life would be different and ours too. When his parents pushed him to go to college, he responded In a passive-aggressive way. He did not consider state schools and he  didn’t  want to go to Standford he thought that the kids  kids who went to Stanford, they already knew what they Wanted to do, they weren’t really artistic. He wanted something that was more artistic and interesting.Instead he insisted on applying only to Reed College, a private liberal arts school in Portland,Oregon,  that was one of the most expensive in the nation.

Steve and Woz(Stephen Wozaink) became friends due to their pranks and passion for art of electronics. Wozaik  spent a lot of time at home reading his father’s electronics journals, he built two  hundred transistors 10   circuits in It won top prize in a local contest run by the Air Force.

Woz was  more of a lone than the boys of his age  he was not same as Steve  apart from pranks. Woz In Twelfth grade he built an a toy type bomb in the school locker and he is confronted to police for that and in prison  He taught the other prisoners how to disconnect the wires leading to the ceiling fans and connect them to the bars so people got shocked when touching them. Getting shocked was a badge of honor for Woz. He prided himself on being a hardware engineer, which meant that random shocks .

Toward the end of his senior year at Homestead  Jobs started going out with a girl named Chrisann Brennan, who was about his age but still a junior. With her light brown hair, green eyes, high cheekbones, and she was very attractive . She was also enduring due to breakup of her parents’ marriage, which made her vulnerable Steve and in the time  of building Apple 2 they lived together and Brennan got was conceived and Steve said to her that he wasn’t sure he is was conceived only because of him. 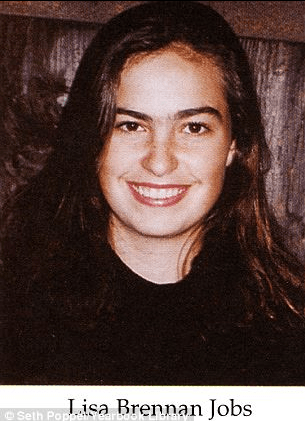 In in a press meet he said “28% of U.S male population could be father of her ” listening to this comment Brennan  asked Steve for DNA test and accepted and it was proved the baby was due to sperm of Steve and the court said him pay to her 385$ monthly .