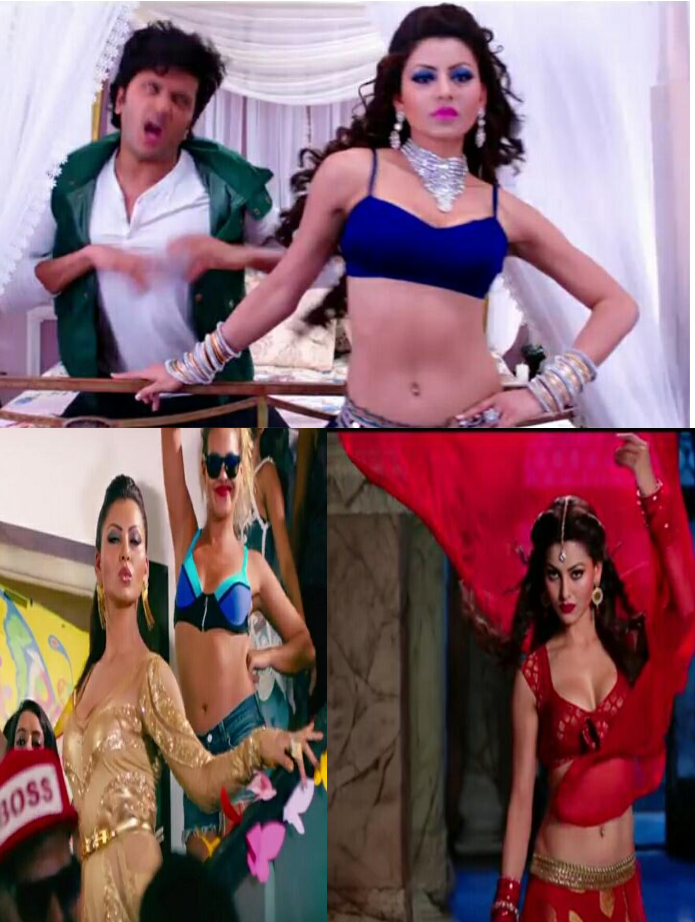 When it comes to glamour and beauty, the name Urvashi Rautela is inevitable. Starting her career from modeling, today she is one of the hottest performers in Bollywood. Here I am throwing light at her five songs, in which she set the screens on fire!

Featuring Vidyut Jamwal and Urvashi Rautela, this  song is the recreation of Sukhbir Singh’s original song “Gal Ban Gayi”. The original song was huge hit during it’s time and Urvashi recreated the same magic by her grooving dancing moves and killer looks. Also the on-screen dancing and high energy beats earn credit to get the song million hits on you-tube.

The song ‘Daddy Mummy‘ from the movie ‘Bhaag Jhonny’ is a Hindi version of Tamil song, but here too Urvashi did not left any stone unturned to make song popular among youngsters. From donning golden jumsuit and high heels, to shake her body perfectly within the tunes, she made sure her presence makes men woo and others dance to the beats.

With her ethnic dresses and dark makeup, Urvashi looked absolutely gorgeous in this song. She was seen seducing and dancing with the actors of the flick ‘Great Grand Masti’ and later turns from daydream to nightmarebut for the boys. But her performance in this song literally pumped life inside it.

Wearing a deep red lipstick and a black top with jacket, Urvashi took the oomph factor to the highest degree in this song. Her walk of pride at the start of the song was also appericiated. What added to the song was Honey Singh‘s catchy rap, which is most loved line for college going guys even now!

Paying tribute to the old version of this song, Urvashi in sparkling black and golden costume proved that when she chooses, she can perform fast and furious dancing too! This song from the movie Kaabil, showcased Urvashi’s dancing talent in the most attractive form.

All about A.R. Rehman’s contemporary work!

Hollywood Movies That Were Inspired From Bollywood !