If you are interested in stories of kings, queens or the dragons fascinates you then this series is worth watching. This series is a set of the fictional continents of Westeros and Essos and hence involves several plot lines with a large number of ensemble cast. The first narrative arc follows the dynastic conflict between competing claimants for the Iron Throne of the Seven Kingdoms, with other major noble families fighting for independence from it. The second covers the major attempts to reclaim the throne by the exiled last scion of the realm’s deposed ruling dynasty. The third consists of the chronicles, the rising threat of the impending winter and the legendary creatures and fierce peoples of the North.

In this series Sherlock depicts “famous detective” Sherlock Holmes (Benedict Cumberbatch) solving various mysteries in the modern-day London. Holmes is assisted by his flatmate and good friend, Dr John Watson (Martin Freeman), who has returned from the military service in Afghanistan with Royal Army Medical Corps. Although the Metropolitan Police Service Detective Greg Lestrade and others were first suspicious of Holmes, over time his exceptional intellect and bold powers of observation persuaded them of his value. In part through Watson’s blog documenting their adventures in the city, Holmes becomes a reluctant celebrity among the press, reporting on his cases and eccentric personal life. Both the ordinary people and the British government ask for his advice and help. Although the series depicts a variety of crimes and conflicts, Holmes’ conflict with Jim Moriarty (Andrew Scott) is a recurring feature in this series. Molly Hooper (Louise Brealey), a pathologist at the St. Bart’s Hospital, occasionally assists Holmes in most of his cases. Other recurring roles include Una Stubbs as Mrs Hudson, Holmes and Watson’s landlady.

This series revolves around a new recruit in Gotham City Police Department named James Gordon is paired with the veteran detective Harvey Bullock on a mission to solve one of the Gotham City’s highest-profile cases: the murder of Thomas and Martha Wayne. During investigation of his case, Gordon meets the Waynes’ son Bruce who is now under the care of Alfred Pennyworth, his butler. Meeting the younger Wayne further compels Gordon to catch the mysterious killer. Along the way, Gordon becomes involved with the Gotham’s Mafia families and its associates including gangster Fish Mooney, Don Salvatore Maroni, and Don Carmine Falcone. Eventually, Gordon is forced to form an unlikely friendship with Master. Bruce, one that will help shape the boy’s future to become the Batman. 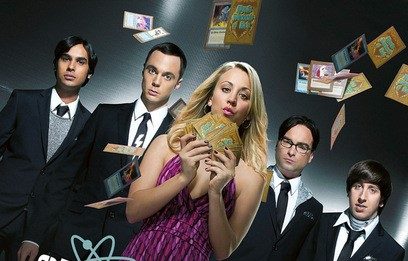 The show is centered on five totally crazy characters living in Pasadena, California namely Leonard Hofstadter and Sheldon Cooper, both of them are physicists at Caltech university, they also share an apartment. Penny, a waitress and aspiring actress who later becomes a good pharmaceutical representative and who lives across the hall of the same apartment. Leonard and Sheldon’s similarly geeky and awkward friends, aerospace engineer Howard Wolowitz and his friend astrophysicist Raj Koothrappali. The geekiness and the intellect of these four guys is contrasted for comic effect with Penny’s social skills and common sense. If you want to enjoy the cocktail of science and humor, then you must start watching this series.

The series primarily depicts chronicles of the lives and deeds of the rich, dangerous, powerful, and historically significant, but it also focuses on the lives, struggles, fortunes, families, and acquaintances of two common men namely Lucius Vorenus and Titus Pullo (two fictionalized versions of the pair of Roman soldiers mentioned in Caesar’s Commentarii de Bello Gallico). It shows how the fictional Vorenus and Pullo manage to witness and often influence many historical events presented in the series. If history of Rome fascinates you then this series is better than reading about Rome on the internet.