All about A.R. Rehman’s contemporary work!

Music director A.R. Rehman has recently visited K.M. College of Music and technology where he told us many things which his fans crave to know. He has his music conservatory which is unique in its own way. In an interview, he unearths it all. Let us take a look!

Q)25 years of A.R. Rehman this year! Does he think of the boy who made his first band or composed add jingles 25 years back? 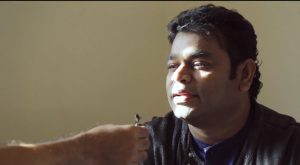 A)No he does not. At that time Rehman was just taking everything that came his way and did not plan anything at his own.
Q)This year is 25th year of the movie ‘Roja’ directed by Mani Ratnam and once again Rehman is having a flick as a music director with Mani Ratnam. We ask him how does this collaboration lasted for so long? 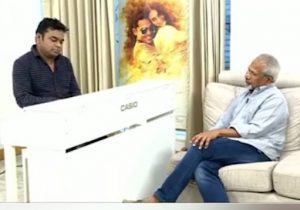 A) Here the Oscar winning singer and music director tells us that more than a filmmaker, Mani Ratnam is special as a person to him as he gave Rehman his first break and is like a brother to him. So he stuck with him because of the human he is not because of the power he has.
Q) After composing plethora of songs, how does he not stuck into monotony? 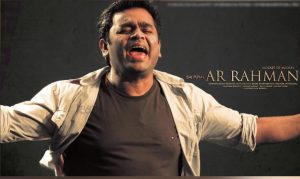 A) He tells us that when he feels like he cannot put any new tone in a situation, he just dodge that work.

Q) Does he have time to supervise or offer suggestions in his conservatory to learners?

A) He tells us that the team he has for learners is great and all of them take music very seriously. So there never has been a need for him to go and take supervision himself.
Q) Anything special about his conservatory.

A) Rehman tells us that his music conservatory constitutes students of all ages from 6 to 60 and this is one of the interesting thing about this place. He also highlights the fact that age is no bar here.
Q) In Bollywood today songs have become more important than composers, so we ask Rehman, what he thinks people are adopting, composers or songs? 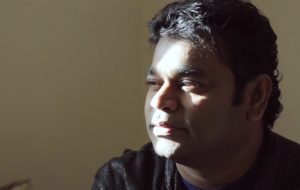 A) Here he says that people are smart enough to follow composers because they have seen who has done what. So it is music composer who holds more importance.