Its holi today. That day of the year when we, the people of Indian society overcome all our dos and donts morality and immorality and any kind of pre existing notion about the age old battle of sexes and indulge ourselves, quite openly in some officially overlooked behavior in the name of fun, after all today is the day when we shout “bura na mano holi hain!” all together (very ironic because Indians and together..last happened in 1947). 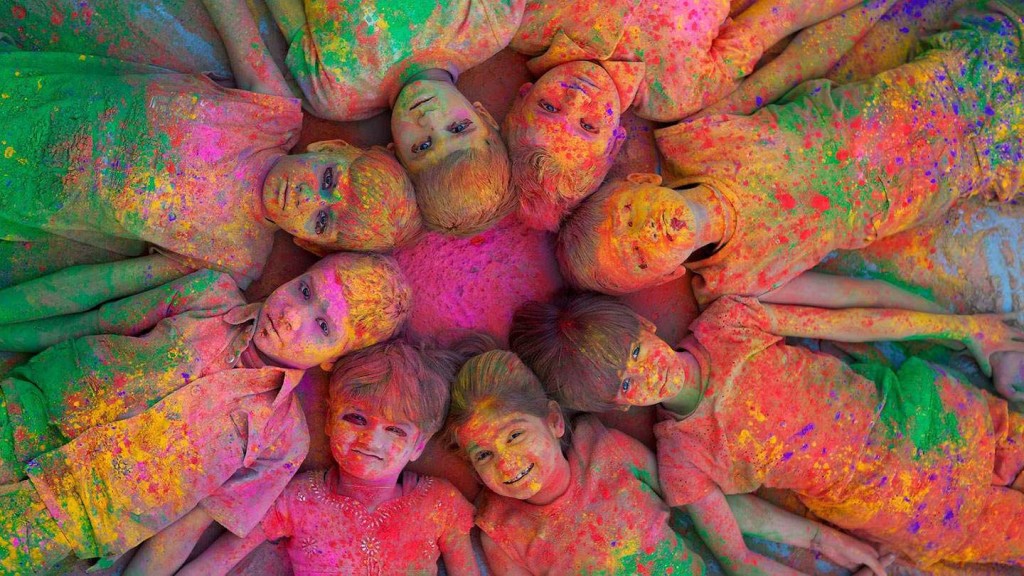 I did not play holi today, I didn’t involve myself in spraying coloured waters on each other or tactically pour coloured powder on my crush. Yes, know what you are thinking but I am not crazy, I had my reasons. But it wasn’t this sudden imposition on my yearly quota “touching my crush” that got hindered and caused me pain, it was something different. I was sad because today I saw that “holi” is gone, it isn’t there anymore. I went to the market in the evening to get some groceries. The roads of my neighborhood were clean, way too clean. The familiar red and green stains were missing, the walls were there usual weary selves without any hint of colour on them, I hardly saw a face that was still red from the morning’s zeal and all these caused me a lot of pain.

I remember being a ten year old when our holi used to start at 10 in the morning initiated by my mother with some vigorous oil rubbing on my skin and hair.

It followed by me standing in front of the mirror and very aptly putting the red colour on my right cheek and green on my left( I have always been a very self absorbed person). Then we, a group of eight  10-year olds met at our old playground and headed on to storm through the neighbourhood. I remember engaging in balloon fights with kids from other neighbourhoods, ‘outsiders’ apparently; winning of our group was an important  thing for the adults and kids together. Our parents had their own group and they did whatever they did, we never bothered to find out because we used to be busy chasing those outsiders or throwing buckets of water upon people or hapless rickshaw pullers or any passers-by for that matter, their incessant reprimands were our boosters. There was no question of luncheoning at home because our tummies used to be filled with amounts of various delicacies that each household treated us with. By the time it was 12 in the noon we would have become a whole new assortments of such colours some of which, I am sure doesn’t even exist on earth!! I remember once one of our friend had to go home yearly that year but quite obviously he lost track of time. One hour past his deadline his extremely enraged father walked down the road and pulled the very first boy he grabbed by the ears and headed towards home only to stop when he recognized that shrill scream emanating from his supposed son “aain aain…uncle..i am raju not nandu” sounded nothing like his son.

I saw the first DSLR of my life back then. This poor fellow who was assigned the work of covering the holi celebrations in various localities had the most importunate luck of straying into our area where he was welcomed by five nonstop balloon shots the moment he faced the camera towards us, one directly on the face. Now after so many years when I observe the changes happening around me to which sometimes I fail to accustom myself, I wonder, is this sheer brilliance of the new generation that they always know how to look their best on the day of “HOLI’!

This evening the faces on the streets weren’t red anymore neither they had that age old glitter in their eyes. Time happened to all of us so fast that we forgot that there was ever a past, a past that does not necessarily makes us lag behind. We can spend all the time browsing through you tube and feel that sudden patriotism and nationalistic identity springing withing ourselves as we watch “coldplay” marveling on holi and apparently making a great business out of it through something very preposterous as “the hymn for the weekend” but as hard as it might be to accept, our good old holi is gone. 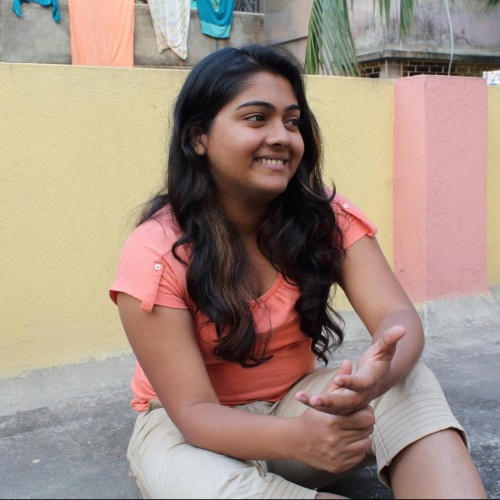 Ankita Banerjee
English literature student from kolkata, bibliophoile and lives off coffee and believes that I will travel the world one day..till then stay tuned.