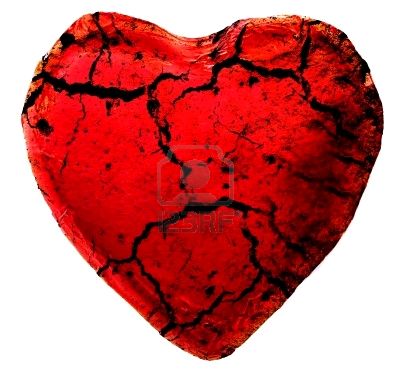 From an imperfect heart In a perfectly abnormal body

You! Yes, you are definitely not a perfect human being. Okay no need to get offended by this, because I just stated facts that you people call quotes. Nobody is perfect in this world, no one can be because The Almighty hates competition. Let me start by introducing myself, isn’t that the way a normal conversation should start. I’m an imperfect heart; placed in a perfectly abnormal body. Yes this is what you all call her, ‘an abnormal kid’. But common you know this was not her choice, it was no one’s choice unless you can simply blame those chromosomes.

When born, the doctors turned down their smiles looking at the child, they sympathised her parents. But for me she was my soul bearer, only if I could tell her that I’m beating only for her. Her parents where in a dilemma, they loved her but they were not prepared for this ‘abnormal kid’. But she was yet so beautiful, so pure; unaware of this cruel world and judgmental minds. She smiled and gurgled in her mother’s lap and I felt the warmth in every touch. Days passed…frowns increased. She was shut down to the world outside, her parents wanted to safe guard her. But finally given to her tantrums they took her out on a picnic. She was a mere six year old innocent kid then, how would she know that she was not a normal child and no one would like to play with her. You see she was not judgemental. But the kid’s parents were, they shooed her away from playing with the normal children at the picnic spot. If it were you, you would have cried your heart out and created a fuss out of it. But she was still smiling and clapping her hands not knowing that she is not to be mingled with any normal person.

That was the first time I cried, silently sobbed but still kept beating. A thought crossed my mind, if I go silent then it will end her misery but the next moment I dreaded it. But then the big day arrived, her father thought of admitting her to a school that are built for special children like her. May be she would be happy to be with people who are like her. I was happy but at the same time I was angry, that her parents also didn’t wanted to treat her the way she deserved like every normal person. But that was the wisest decision taken by her father because the golden days were waiting ahead with a bright shine.

She was warmly welcomed by the warden of her school, I was smiling brightly yet beating a tit faster at the thought of being among strangers for the whole six hours. After some quite minutes, there she was playing, sweating and still enjoying and here I was dancing and pounding.  As days passed…friendship got thicker and I learnt they all were special, they didn’t need permission of this chauvinist society to smile and be happy. She learnt many new games and got attached to a hobby; knitting and Oh MY GOD! She became a professional in it and I was so proud of her. I wanted to tell the world that she, unlike you all genius minds could knit her own clothes. But I knew they still would treat her badly…they won’t abuse her but they will show pity on her. I wanted her to be accepted by everyone, not because of sympathy or responsibility but by choice.

It was her parent’s marriage anniversary today, she had a gift wrapped packet in her hand. She silently walked to her parent’s room that walk was full of excitement and I was bursting with joy. Her parents asked her why was she standing on the door, she stammered and said she had brought something for them as their anniversary gift. One look at the hand knitted cloth by their daughter, they were over whelmed. It was a cute baby pink square shaped cloth and scribbled in red colour was;

“I love you, Ma and Papa. You are the best parents in the world”

That was the moment they accepted their daughter for who she was. She had succeeded to change her parent’s perspective but to change the mind set of this society was not that easy. . Till then they treated her like an abnormal child who needed special treatment, but now they knew she needed that special care for being the best child in this world. But only if they knew, they were late. That night being overjoyed, I went to sleep…she breathed her last…