5 fun things which Dangal star Fatima Sana Shaikh realised after actually getting into the industry.

We all have seen tough demeanour of Dangal girl. Here she reveals her another facet by being honest and charmingly funny by telling five myths about stardom that got toppled in her case. 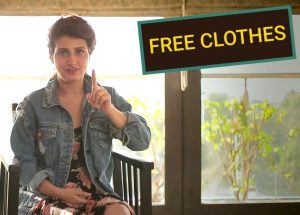 Fatima Sana Shaikh rejoices in the fact that once you are famous in film industry, people call you for myriad number of interviews and they provide you with spectacular outfits to wear. As Fatima confessed that she repeats her clothes often, so by getting clothes from sponsers her money is saved and she escapes the fact of getting her outfits repeated.
2) Filmy Parties 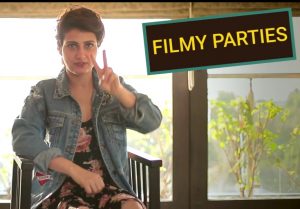 Fatima tells us something really strange about it. As most of the people thinks that filmy parties are great,amazing and full of fun, Fatima feels that they are actually boring. She tells us whenever she goes to filmy parties there are very few chances that she kniws someone except stars. So half the time she is star-strucked and to avoid making fool of herself, she pretends to be calm and composed.
3) Waiting for scripts 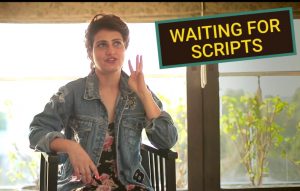 She tells us after doing a film like Dangal, she thought shr would get as much work that she would be busy for at least a year. But to her surprise that was not the case. That does mot mean she did not have work, but it is not as much as she thought she would get(laughs).
4) Audition process 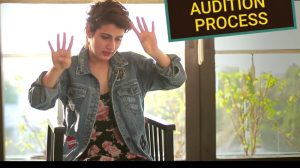 Well you get a script and at least two to three days of preparing that script does not happen now! You get a script and fifteen to twenty minutes prep time to give the audition. She tells us that it sounds scary but actually once you are used to it, the process becomes amazingly exciting.
5) Male attention 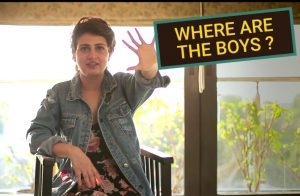 Fatima tells us she dreamt that she would get lot of roses and unknown love letters once she will become famous as happens in Bollywood. But she says that after doing Dangal she feels boys are scared from her(laughs). She also tells us none of the guy has yet approached her and given her flowers.