Fantastic beasts and Where to Find Them is the first instalment of J.K. Rowling’s prequel series. Hailing from the Harry Potter universe, this movie has shot the fandom beyond cloud nine. After a span of five years, experiencing another magical tale is a bizarre dream-come-true for the potter-heads. This tale is about Magizoologist – Newt Scamander. He goes to New York city in search of his magical beasts when they escape from his enchanted suitcase.

Watching this exceptionally well-conceived film on the big screen was joyous. I had no qualms about the enraptured details as it was Rowling’s debut as a screenwriter. And as a geeky fan girl myself, I have a top ten list of my favourite things about this movie. Here they are:

In the wizarding world, it is common to find normal objects cloaked with magical abilities. And in this case, it is a suitcase doubling up as a home for the magical creatures. Mr. Scamander rescues, cares for and nurtures the beasts that live within the case. It is practically a safe-house for those poor misunderstood beings. Also, strikingly similar to the charmed purse which Hermione uses, years later in the Deathly Hallows. 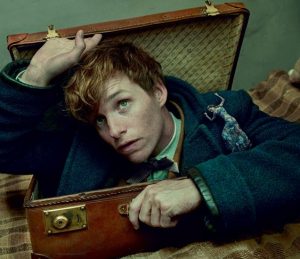 Let’s be honest, we fell in love with the clueless No-Maj. Trotting along Newt on the incredible adventure they have. Although Newt claims to annoy people, he takes a strong liking towards Jacob Kowalski. Who accidentally witnesses him performing spells trying to catch his stealthy magical creature. They stick together after that and there was no turning back. The depth of their friendship is moving and invoked a tear or two from my part. 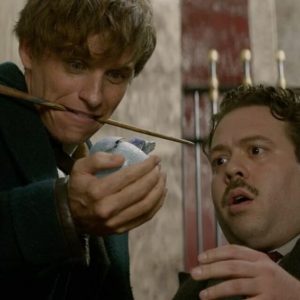 The little bugger who stole the entire show with this one scene! Niffler is a creature that is unconventionally attracted to shiny things. It resembles a platypus but with claws that can scrape the edge of Newt’s suitcase, always looking for a way out and raiding peoples’ belongings. Mostly used for finding lost treasures, it is quite possibly the cutest thief you might know.

Newt’s mating dance in trying to attract the Erumpent and stuff it into the suitcase is probably the funniest thing in the entire movie. The fact that he saddles Jacob with a protective vest and helmet gives you a hint of what is in store for the poor No-Maj who gets chased by the magical African beast all around Central Park. 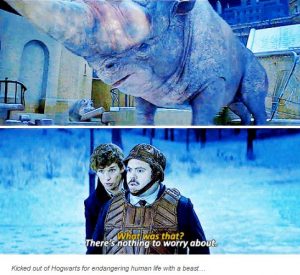 It is a contradictory statement when you squeeze brave and Hufflepuff one sentence. Let’s face it, we know of a certain Hufflepuff (Cedric Diggory) who stood up against the Dark Lord and got himself killed in the process! And now, we have an entire film based on a Hufflepuff Magizoologist who will rock our world in the forthcoming series as well. The sad part is that it took us a movie to realize that Hufflepuffs are great finders, loyal and hardworking though it is in the books. Newt Scamander is all of that and much more. 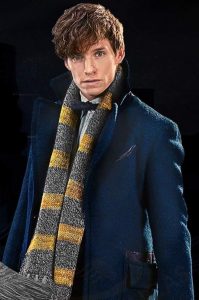 One of the most gracious creatures which have their origin from India is the Occamy, choranaptyxic and can enlarge up to 15 feet in height. The amazing scene where they track the Occamy to Macy’s and entrap it in a teapot with a cockroach thrown in it is still stuck in my head! And not forgetting the Demiguise which latches itself to Jacob was just too adorable to ignore. 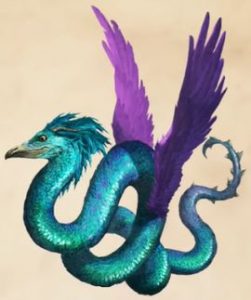 Because of the Swooping Evil potion literally raining down on the No-Majs of New York city, Jacob Kowalski loses his memories. But did he, though? The last scene in the bakery where Jacob gives a knowing look to Queenie and touches his neck where the Murtlap bite existed says otherwise. Guess that is the power of love, huh! 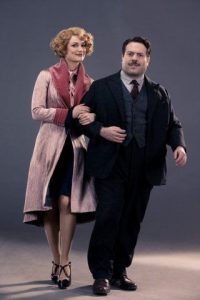 A Obscurus or Obscurial is a separate entity which is given birth because of repressing a child’s magical abilities through physical or psychological means. It is a black mass emanating destruction and fury in its path. The visual depiction of the obscurus in the film was mind-boggling, especially when it coupled with the sound effects. But the cause of the Obscurus’ power is deeply unsettling tragic and nagging.

Can we pause for a moment and praise the magnificent creature called the Thunderbird which is practically the saviour of wizard-kind in this story? Having a House named after it in the Ilvermorny School of Witchcraft and Wizardry, this avian beast can sense danger and conjure storms when it flies. The scene where it flies into the clouds, creating a storm and dispersing the Swooping Evil potion to obliviate the No-Majs was the most freaking coolest thing in the entire movie.

Did we know that Johnny Depp was to play Grindelwald in Fantastic Beasts – Yes! But did we expect him to impersonate Percival Graves – Oh hell no! The best shock we got was when Johnny Depp casually cascaded with the Ministry officials after getting arrested. The excitement cannot be contained until the next installment comes out in 2018, oh God, that is just too long. 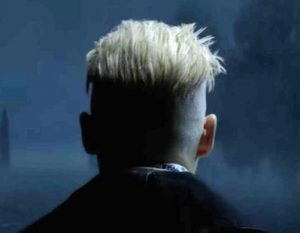